July 2019 was the hottest July on record globally, according to NOAA 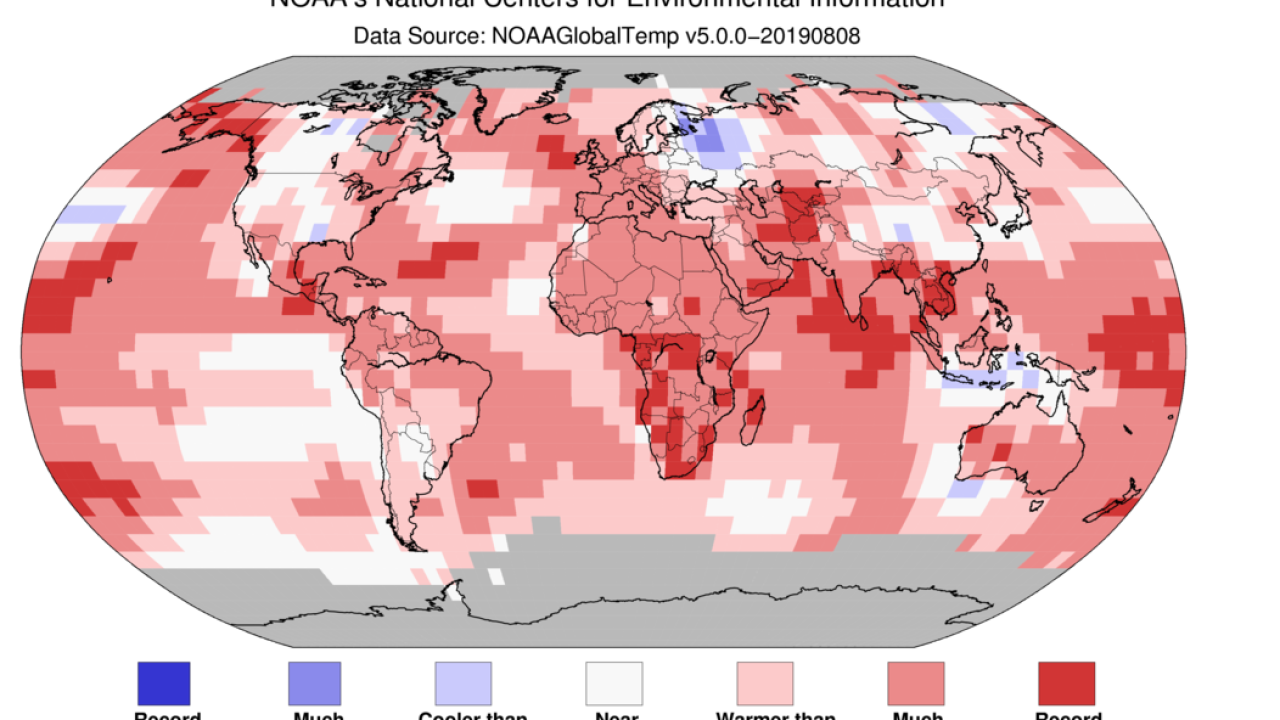 The National Oceanic and Atmospheric Administration announced on Thursday that according to its observations, July 2019 was the hottest July on record.

NOAA said that the average global temperature was 1.71 degrees Fahrenheit above the global 20th-century average of 60.4 degrees. July 2019 topped the previous recorded high of July 2016.

Nine of the hottest 10 July months have been since 2005. NOAA said record keeping began 140 years ago.

The global observations for July 2019 were consistent for the year 2019, which is running 1.71 degrees above 20th-century century averages.

Most of the Earth recorded at or above average temperatures for July, with the exception being parts of Russia and Scandinavia.