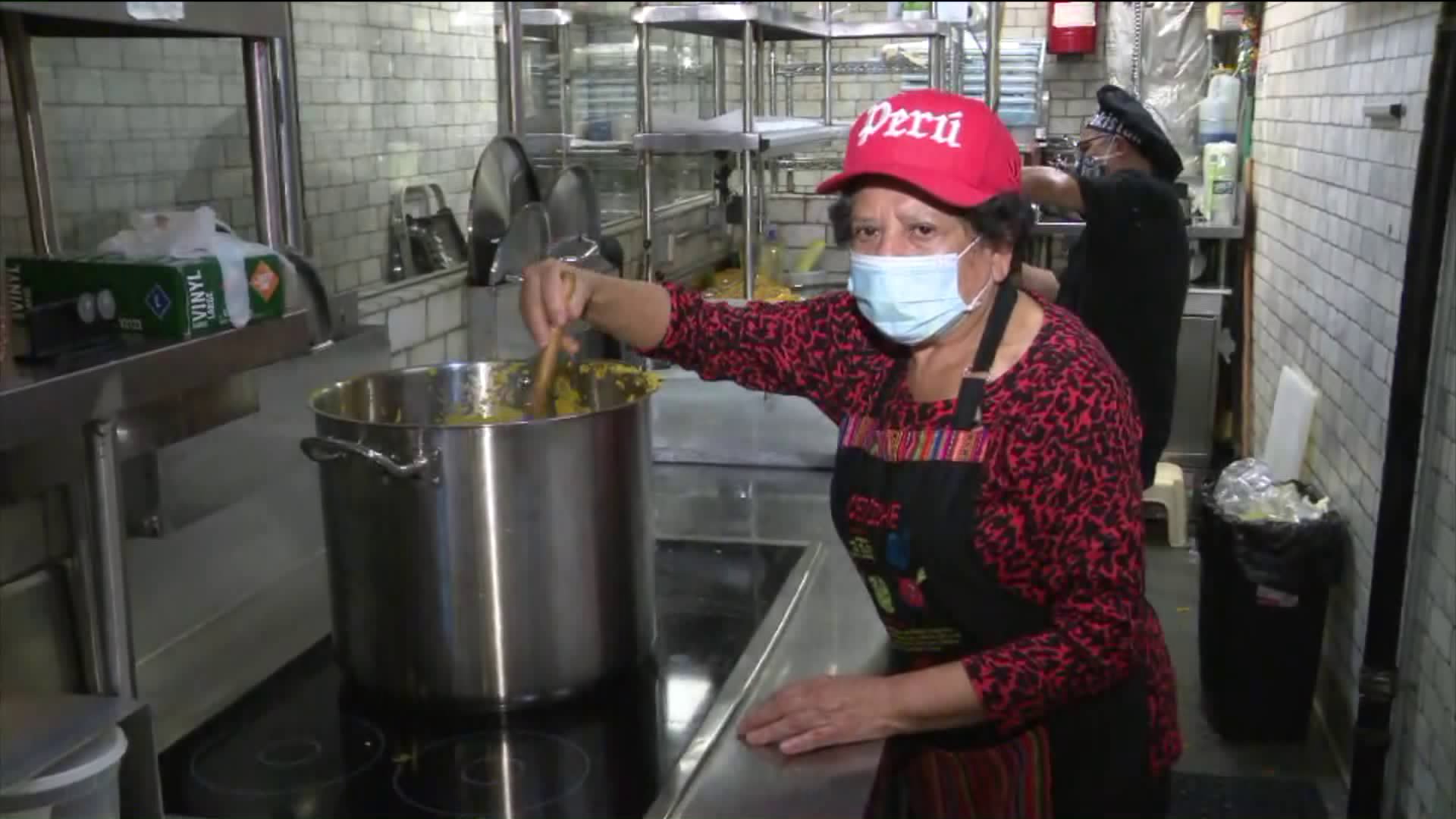 There is no secret ingredient at Enoteca Maria on Hyatt Street in Staten Island. But someone special is always in the kitchen.

NEW YORK, N.Y. - There is no secret ingredient at Enoteca Maria on Hyatt Street in Staten Island.

But someone special is always in the kitchen. The restaurant closed its dining room with the rest of the city in mid-March.

It seats about three dozen people in the St. George section of Staten Island. Since opening in 2007, it has featured a rotating special menu prepared by the women along with an Italian menu.

It’s known as the Nonna Project, which is Italian for “grandma.”

To create a revenue stream and protect the health of the grandmothers and staff, they have not reopened.

The women head to the kitchen one at a time to make batches of sauce to sell on the restaurant website.

Rosa Correa will share her recipe for her delicious sauce from Peru. Don’t forget the chilies.

Maral Tseylikman is from Azerbaijan. She says she misses the customers.

“I do for you the best I can and you will enjoy,” she said.

Owner Joe Scaravella hasn’t planned for a reopening yet. He says orders routinely sell out and a family connection is more important than ever.

“Now we are most stressed out and it’s comforting to me,” he said.

Scaravella thanks Citibank for a grant which has helped cover expenses.

This story was first reported by Greg Mocker at WPIX in New York, New York.