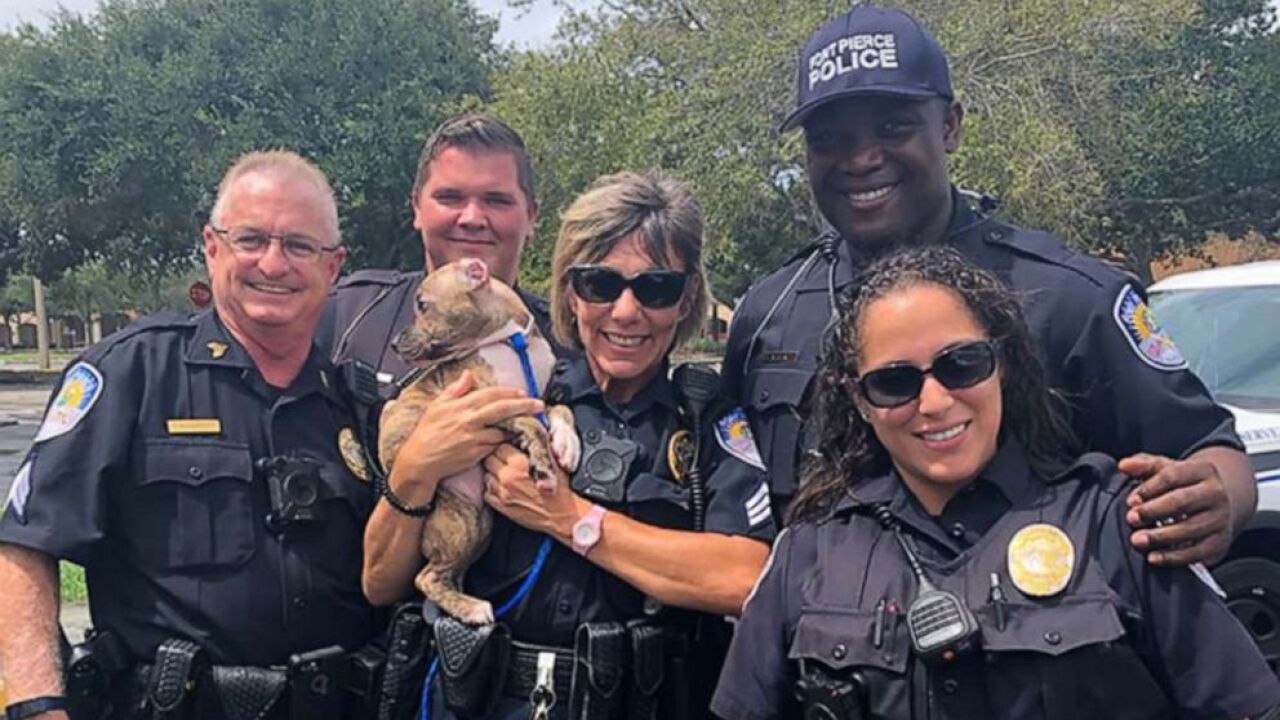 A Florida police officer set out to help a woman who reported that she couldn't care for her 6-week old puppy ahead of Hurricane Dorian, but ended up giving the dog a new home -- his own.

Officer Michael Jean, with the Fort Pierce Police Department, was on duty awaiting the storm when he and his partner, Officer Martin Ortiz, received a call from a woman who said she was struggling to take care of the dog, according to a statement from police Tuesday.

At six weeks, the Pitbull was too young to be left in a shelter cage with the storm approaching.

Officer Jean, who took “an immediate liking to the pup,” decided to take matters into his own hands and call his family.

He showed his wife and son the dog via Facetime, and his family “immediately fell in love with the cute four-legged puppy and decided that she would be the newest addition to their home,” police said.

The dog was appropriately named Dory, short for Dorian.

(MORE: Hurricane Dorian now: Storm picking up speed, churning 'dangerously close' to Florida)The sweet gesture came days after a woman opened up her home in the Bahamas to 97 homeless and abandoned dogs amid the powerful storm.

"It was either leave the dogs on the street to fend for themselves...or do something about it,” Phillips told ABC News. “I just want these dogs to be safe. I could care less about the dog poop and pee in my house.”