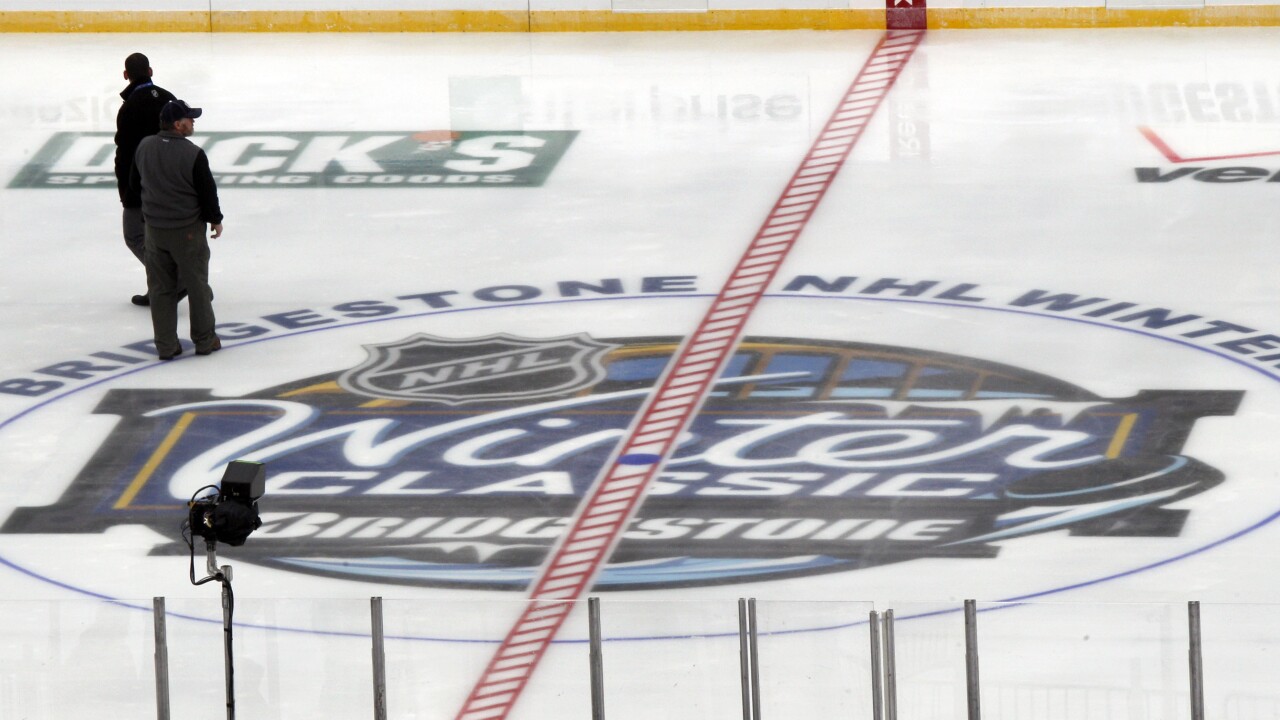 AP2010
Keith Srakocic/ASSOCIATED PRESS
Workers walk on the ice surface at Heinz Field on Thursday, Dec. 30, 2010, as preparations continue for the Winter Classic NHL hockey game between the Washington Capitals and the Pittsburgh Penguins to be played in Pittsburgh on Jan. 1. 2011. (AP Photo/Keith Srakocic)

The coronavirus pandemic is now starting to cause sporting events in 2021 to become canceled.

On Thursday, the NHL announced that it has canceled the 2021 Winter Classic and NHL All-Star Game.

The Winter Classic has become the NHL’s signature outdoor event for the last decade, generally played outdoors on New Year’s Day. The game was originally slated to be played between Minnesota and St. Louis in Target Field.

The NHL All-Star Game, originally scheduled for Jan. 31, 2020, has been canceled. The NHL planned on playing the game in Sunrise, Florida, home of the Florida Panthers.

The NHL said it intends on playing a Winter Classic in Minnesota and an NHL All-Star Game in Florida in the near future.

“Fan participation, both in arenas and stadiums as well as in the ancillary venues and events that we stage around the Winter Classic and All-Star Weekend, is integral to the success of our signature events,” said NHL Senior Executive Vice President & Chief Content Officer Steve Mayer. “Because of the uncertainty as to when we will be able to welcome our fans back to our games, we felt that the prudent decision at this time was to postpone these celebrations until 2022 when our fans should be able to enjoy and celebrate these tentpole events in-person, as they were always intended. We are also considering several new and creative events that will allow our fans to engage with our games and teams during this upcoming season.”

Due to the 2019-20 season not concluding until last month, the NHL said it does not intend on starting the next season until Jan. 1, nearly three months after its typical season opener.