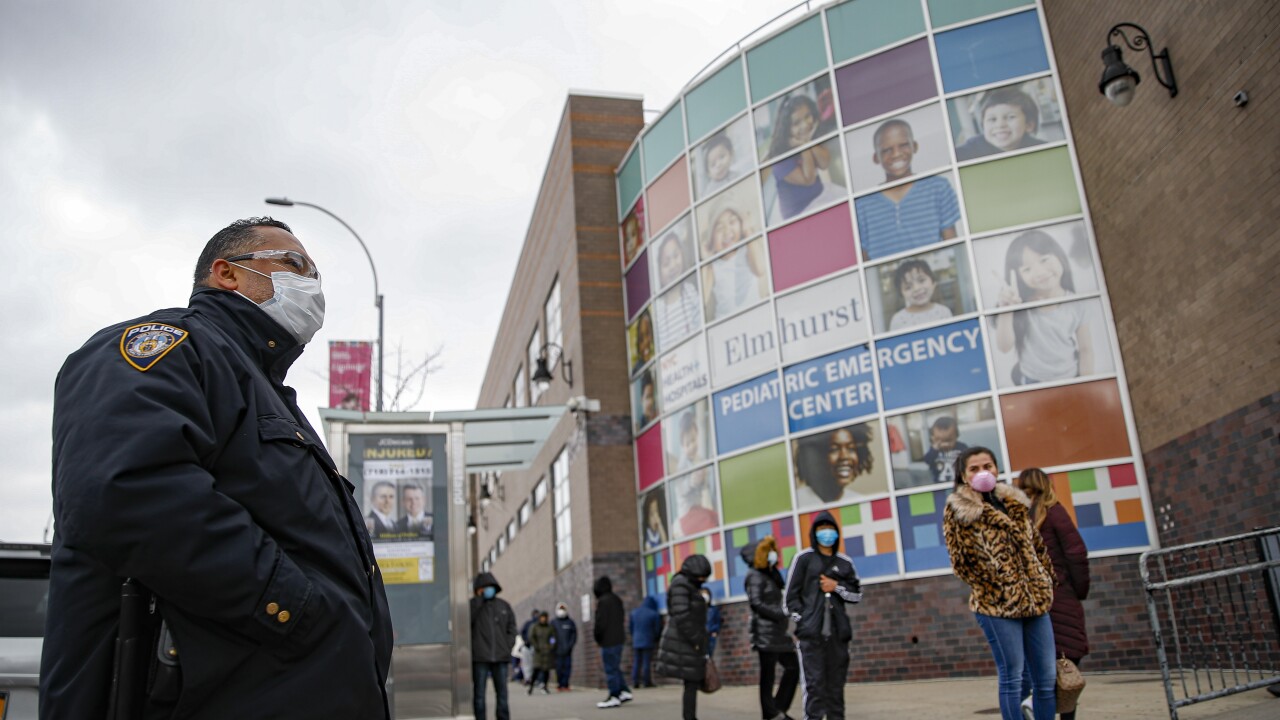 Copyright 2020 The Associated Press. All rights reserved.
John Minchillo/AP
An NYPD officer wears personal protective equipment while maintaining order along a line to enter COVID-19 testing site at Elmhurst Hospital Center, Wednesday, March 25, 2020, in New York. Police have stepped up efforts to pressure New Yorkers to practice social distancing at the epicenter of the crisis. It's part of a global challenge that law enforcement and health officials say is critical to containing the coronavirus. (AP Photo/John Minchillo)

Police will start with warnings, but will escalate to $250-500 fines after that, de Blasio said.

"We're going to give people every chance to listen, and if anyone doesn't listen, then they deserve a fine at this point," de Blasio said.

People have been told to stay home as much as possible. People can still go outside their homes, but they are required to stay six feet away from anyone who isn't a member of their household. Nonessential businesses have been shut down.

De Blasio had warned about possible fines on Friday.

"We have seen some noncompliance that is really a concern," he said. "We obviously have to think about the warmer weather coming ahead and we need to make sure that people understand this is really, really serious."

This story was originally published by Aliza Chasan on WPIX in New York.