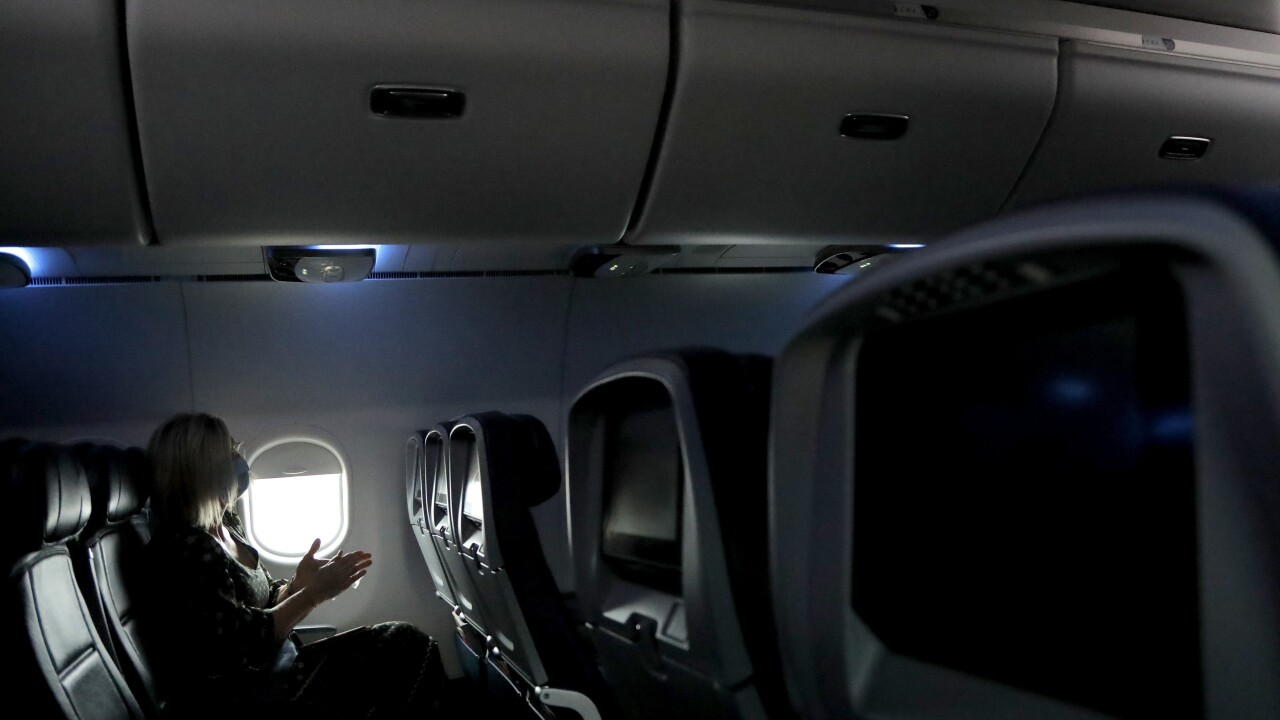 This week, JetBlue became the latest airline to say it will keep middle seats blocked longer. It will happen through September 8.

Delta and Southwest are blocking middle seats through the end of September. But other major airlines, including United and American, say they'll be filling flights.

An MIT professor Arnold Barnett is laying out what your risk is of catching the coronavirus if the middle seat is filled.

Barnett looked at research on the transmission of the virus and the number of cases. He assumed everyone would have a mask and that the mask is 82% effective. He found 1 in 4,300 is your risk of getting COVID-19 on a full plane. It's 1 in 7,700 if the airline keeps the middle seats open.

“The takeaway is there is a difference,” said Barnett. “I think that it is statistically safer if the middle seat is kept open. The difference is measurable and perceptible, and the question then is if the risk is incredibly low, who cares if it gets cut in half. Then the issue is do people really think this level of risk is incredibly low and individuals will have to make that judgment.”

The probabilities are based on numbers from late June. With more new cases, it’s likely there is a greater chance now.

Barnett doesn't agree with airline arguments that even if they don't fill the middle seat, passengers still won't be 6 feet away from each other.

“They seem to say, look if you're within 6 feet, it doesn't matter if it's 1 foot or 5 feet, you're the same level of risk,” said Barnett. “This bears no relationship to the literature or to physics. I mean the closer you are statistically, the greater is the risk.”

Barnett is submitting his research this week to be peer reviewed, but says he wanted to make it available publicly before then, so people could have the information.

Lawmakers, passengers and flight crew unions have called on the FAA to set policies for containing the virus.

The government says it is advising the airlines that even if it's not passing new regulations.