In disturbing trend, COVID-19 cases are surging among young people 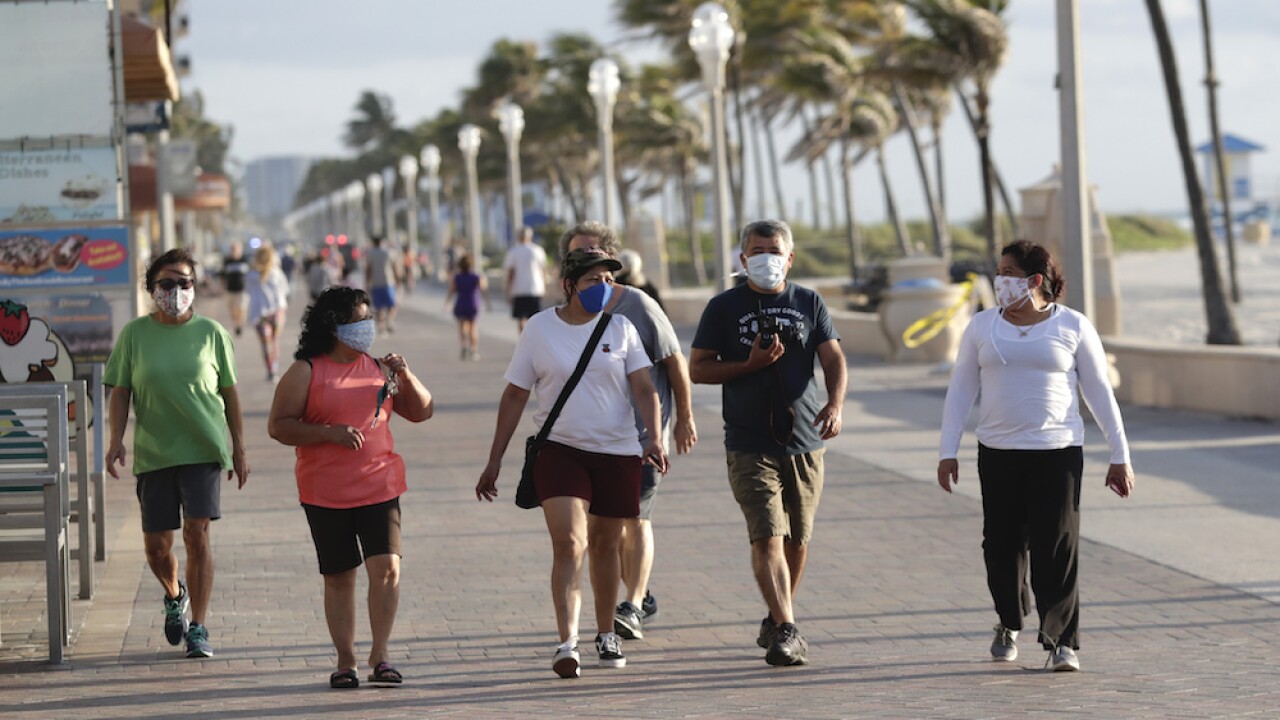 Copyright 2020 The Associated Press. All rights reserved.
Lynne Sladky/AP
People wearing protective face masks walk along the Hollywood Beach Broadwalk during the new coronavirus pandemic, Wednesday, May 13, 2020, in Hollywood, Fla. The Broadwalk opened Tuesday for the first time since the pandemic, and is open for limited hours daily for exercise only. Broward County beaches remain closed. (AP Photo/Lynne Sladky)

ST. PETERSBURG, Fla. — Coronavirus infections are climbing rapidly among young Americans in a number of states where bars, stores and restaurants have reopened.

It's a disturbing generational shift that puts young people in greater peril than many realize and poses an even bigger danger to the older people who cross their paths.

National figures show that almost as soon as states began reopening, people 18 to 49 years old quickly became the age bracket most likely to be diagnosed with new cases. And although every age group saw an increase in cases during the first week in June, the numbers shot up fastest in the younger age group.

“The virus hasn’t changed. We have changed our behaviors,” said Ali Mokdad, professor of health metrics sciences at the University of Washington in Seattle according to The Associated Press. “Younger people are more likely to be out and taking a risk.”

In Florida, people aged between 15 and 34 make up nearly a third of all cases of COVID-19 in the state. In the past week, two 17-year-olds have died after contracting the virus.

Officials fear that a surge in infections among older Americans could come next.

“People between the ages 18 and 50 don’t live in some sort of a bubble,” Oklahoma City Mayor David Holt said, according to The Associated Press. “They are the children and grandchildren of vulnerable people. They may be standing next to you at a wedding. They might be serving you a meal in a restaurant.”