COVID-19 related deaths surpass 3,000 in the US on Monday 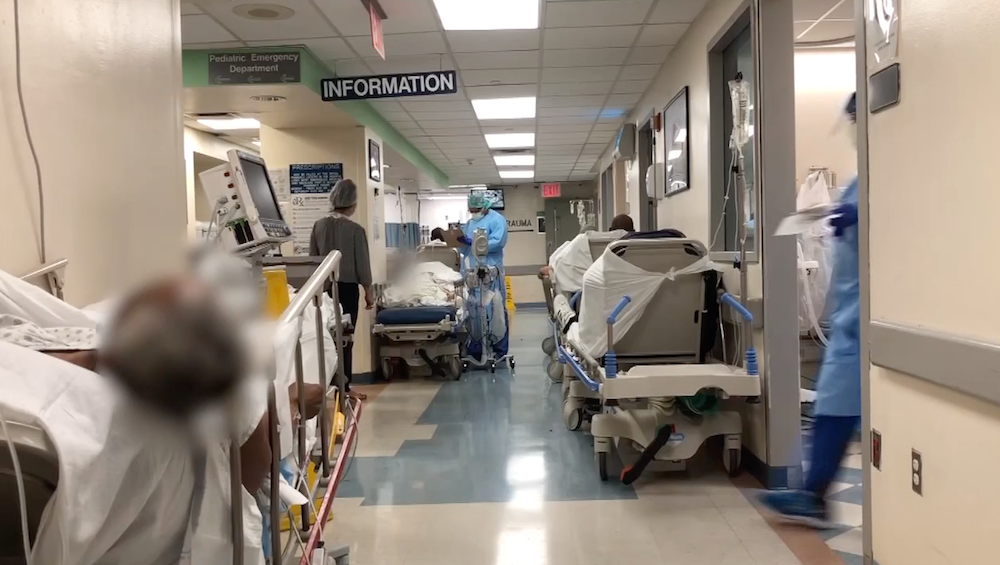 COVID-19 has ravaged hospitals in New York City. Patients are being treated in hallways, workers are running out of equipment and morgues are overflowing. "It's a war zone," one doctor said. 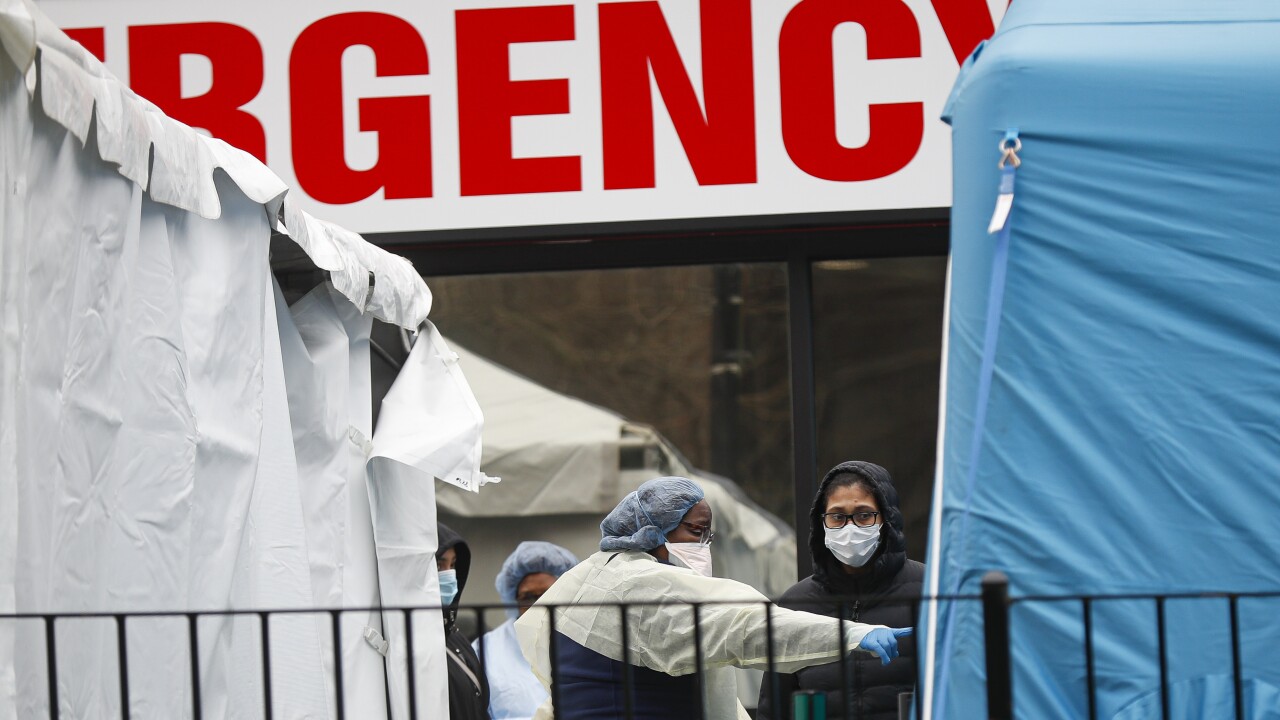 The number of confirmed cases of the novel coronavirus have ballooned to more than 160,000 confirmed cases in the United State as the virus continues its exponential spread.

As of Monday evening, Johns Hopkins reports that there are 161,000 confirmed cases of the virus in the United States. At least 3,006 people have died in connection with the disease. More than 500 of the fatalities were reported on Monday.

Confirmed cases of the virus have increased by nearly 110,000 since March 23, exactly a week ago.

Though testing capacity in the United States continues to grow every day, experts believe the actual number of people infected is likely higher because people who are sick still struggle to get tested. Nearly 5,000 people have entirely recovered from the virus, though that number is also probably much higher because many people only experience mild symptoms and are not tested.

The vast majority of confirmed cases in the United States remain in New York City, which currently has 37,453 confirmed cases and 790 deaths. Hospitals are still struggling to find bed space for sick people, 911 centers are overloaded and healthcare workers say they don't have enough personal protective equipment. 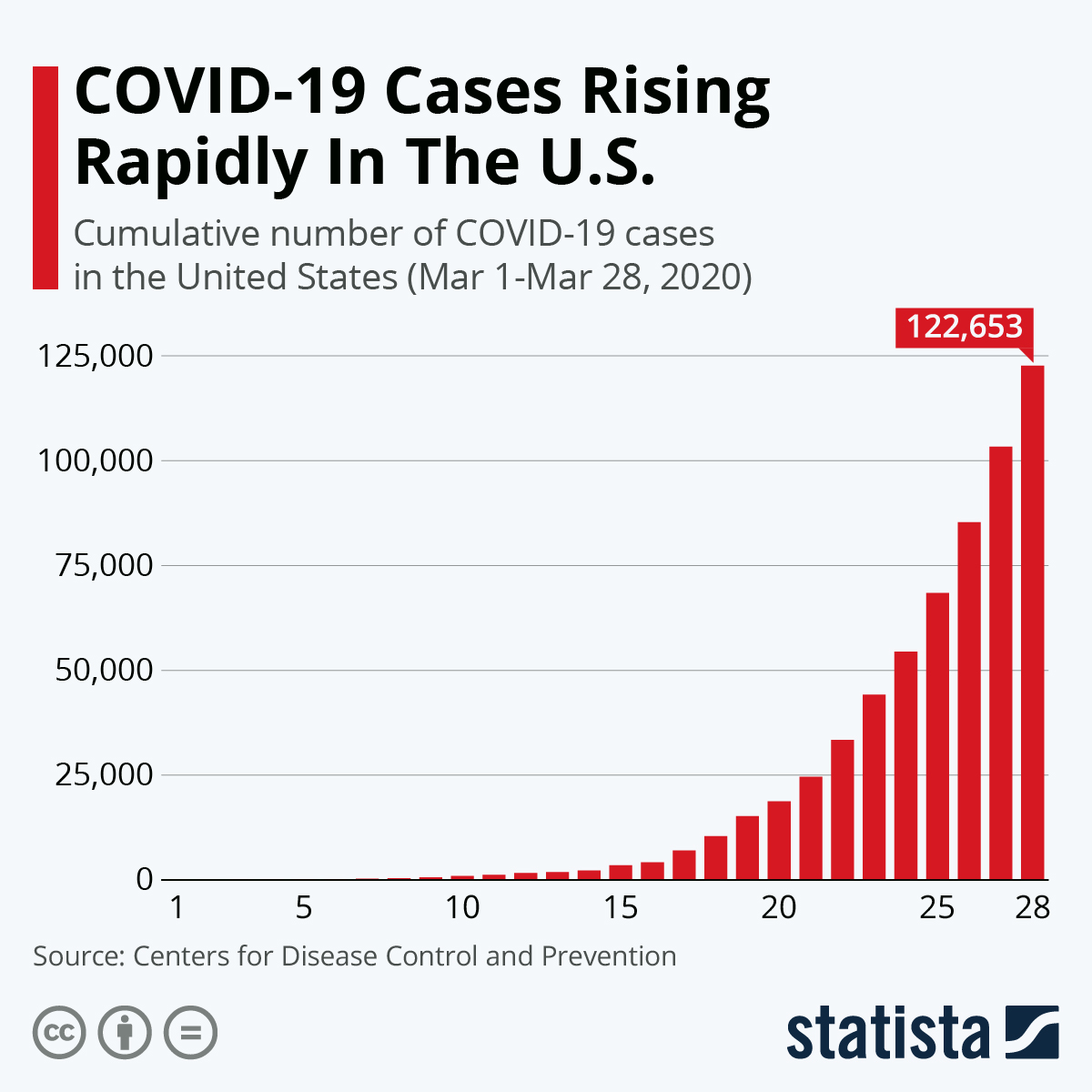 You will find more infographics at Statista

Outside of New York and Washington — the state where the virus first had community spread in the U.S. — Louisiana has emerged as another hot spot. Orleans Parish, the parish that encompasses New Orleans, has 1,480 confirmed cases of COVID-19 and 86 deaths. The 86 deaths mark the third most of any country in the United States, behind New York and Seattle.

Wayne County, Michigan — the county the encompasses Detroit — has seen 83 deaths linked to COVID-19. The virus is spreading rapidly in the city, and has taken a frightening toll on the Detroit Police Department.