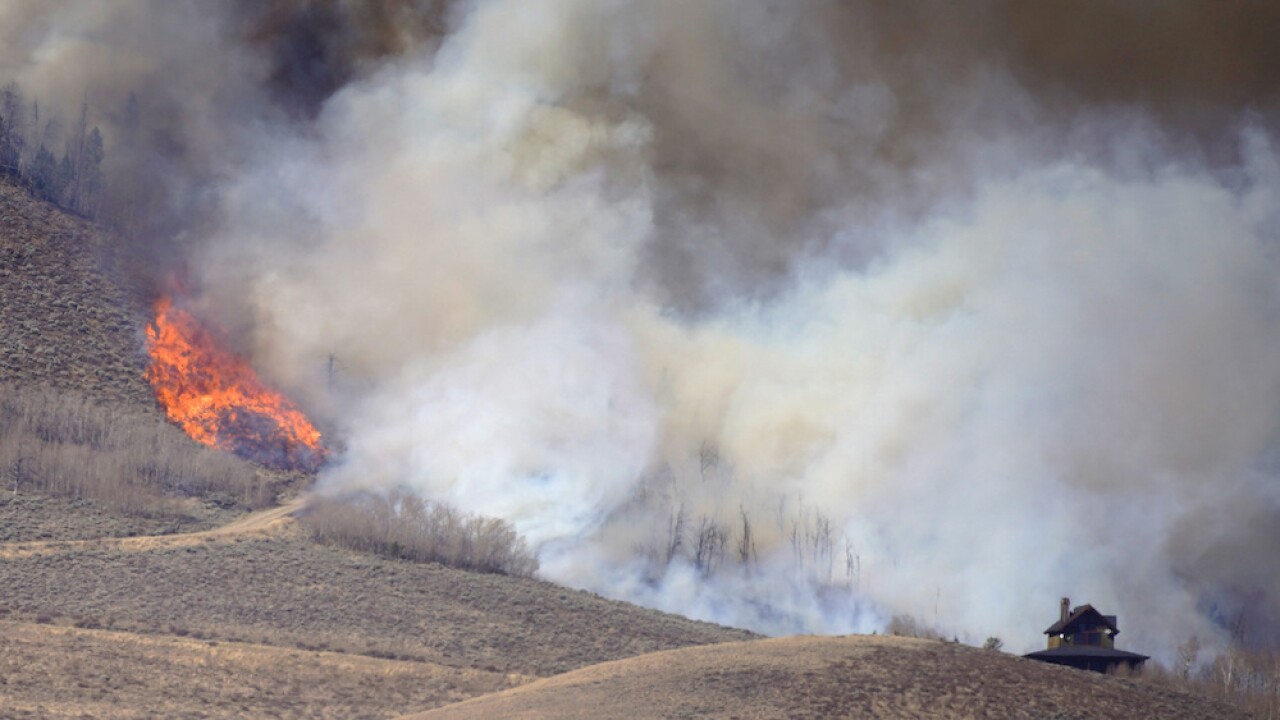 Firefighters in western Colorado hope a winter storm could spell relief from a rash of wildfires that have spread throughout the state this week. But between now and Saturday evening, firefighters will face more warm temperatures and gusty weather, which could fuel the spread of the six major wildfires.

Between Wednesday evening and Thursday evening, the East Troublesome Fire exploded in size from 20,000 acres to 170,000 acres — the second-largest in state history.

A cold front slowed the spread of that fire on Thursday evening, but hundreds of evacuations remain in place in Grand and Larimer Counties. Rocky Mountain National Park also remains closed due to its proximity to the fire.

As of 10:30 a.m. ET, the fire was burning 170,163 acres and was only 5% contained. It's just the latest in a historic wildfire season in the state that has seen the state's four largest wildfires of all time.

The East Troublesome Fire is confirmed to have caused "minor" injuries to one firefighter thus far.

After a slight warmup early Saturday, another cold front will dip into Colorado that evening and into Sunday morning, bringing a projected five inches of snow to much of the Denver metro area and higher amounts to the west and northwest.

While heavy snowfall in the north-central mountains isn't guaranteed to put an end to the East Troublesome, Cameron Peak, Calwood, Lefthand Canyon, Middle and Williams Fork fires, the precipitation will surely give firefighters a spell of relief and allow crews to fight the fires more directly.

Before Saturday's cold front, though, crews face more warm, dry weather in the mountains and gusty conditions ahead of the front. Winds could gust up to 50-70 mph along the Berthoud Pass and 20-25 along mountain valleys, creating critical fire conditions again, according to the National Weather Service.

The conditions could create rapid fire growth, though the relative humidity should be better Saturday than we've seen this week.

When the snow begins Saturday night, up to a foot could fall in some areas of the mountains, and the snow should stick around into Monday, according to the weather service.

This story was originally published by Ryan Osborne on KMGH in Denver.