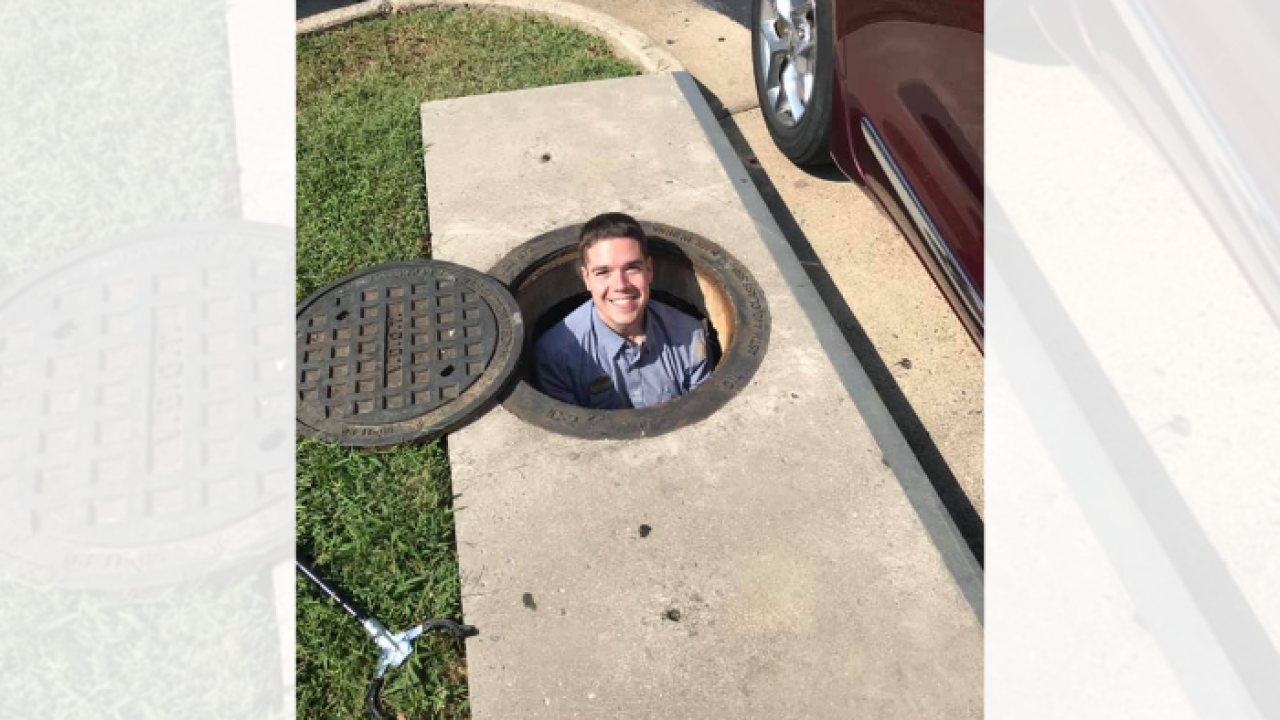 FREDERICKSBURG, Va. — A Chick-fil-A employee has saved the day again after a woman dropped her newly paid off iPhone into a manhole while getting her son out of the car at the restaurant.

"This afternoon I park at our local Chick-fil-A and as I go to get my son out of the van, no joke, my phone drops and bounces right into the storm drain I’m parked next too," says Shauna Hall.

Shauna said she had just paid off the iPhone and put a brand new Otterbox on it two days before.

"After a moment of loosing my freakin mind, I lay on the ground, placing my head best I can between my van and the drain, looking into the dark abyss to see if by any chance it has landed somewhere I can reach," said Shauna.

It was at this point a Chick-fil-A employee came out and offered to grab a stick and mirror to help. After not being able to get to the phone, he offered to pay for her order since she was already having a bad day. Then, he offered the use of his personal phone and to call the county to get some help.

Then, after taking another look, the young man decides to take one more try at getting her phone out of the manhole for her.

After trying to reach it with his grab-stick then dropping his stick, he tells me it’s a manhole for a reason and he is going down.

"After trying to reach it with his grab-stick then dropping his stick, he tells me it’s a manhole for a reason and he is going down. He then climbs down into the hole and retrieves my phone which miraculously is not broken or wet. I was so thankful I freaking hugged him," said Shauna. "Not only did he slice his finger and was filthy from laying on the ground and climbing in the hole, I find out he had actually just gotten off shift and was still willing to help me."

The woman says the employee's name is Seth and that Seth asked her to snap a quick photo so he could show his friend what he did at work that day.

"Service with a smile. Just another day at Chick-fil-A," said Shauna.