Chicago teachers' strike is over, students and educators will return to school on Friday, mayor says 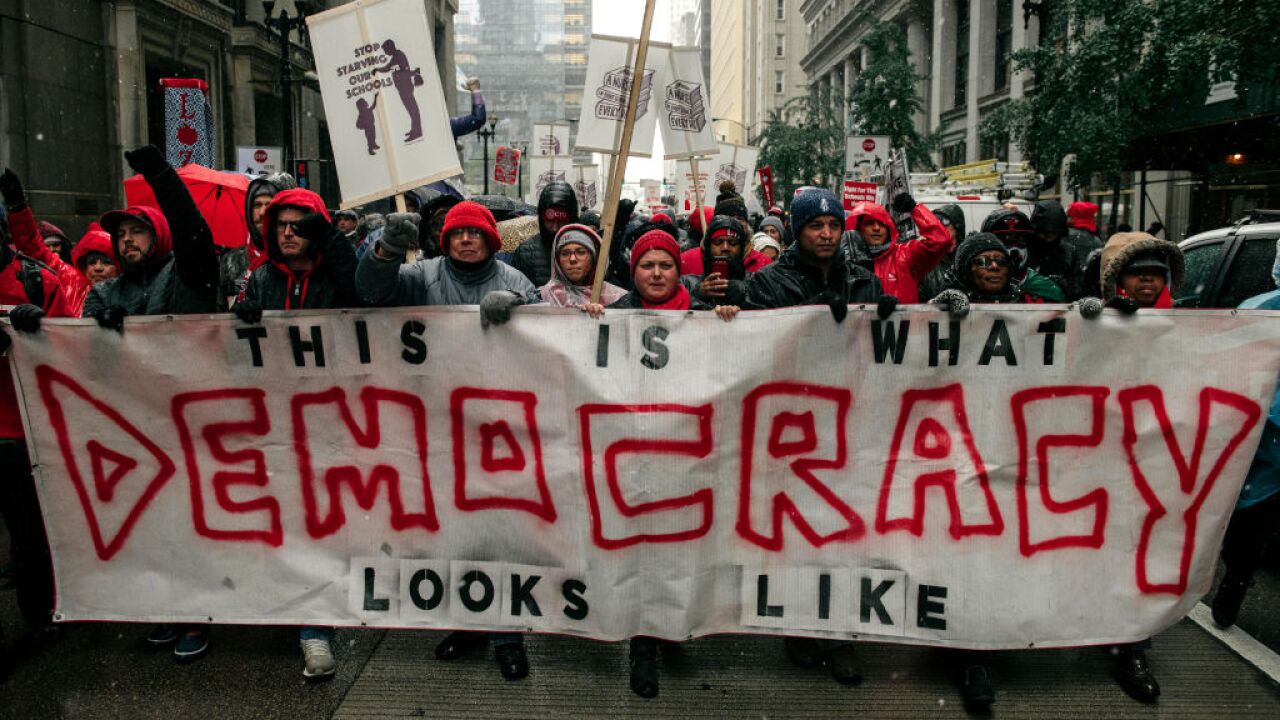 The 11-day Chicago teachers' strike is over and classes will resume Friday, Mayor Lori Lightfoot said.

The mayor said the deal will result in five days of classes being made up. The union wanted twice as many days, but agreed to the compromise, a mayoral spokesperson said.

Chicago Public Schools has reached a tentative agreement with the city's teachers' union, but the union is asking for extra school days to make up the strike time before returning to the classroom.

A House of Delegates vote on Wednesday approved the agreement, but Chicago Teachers Union President Jesse Sharkey told reporters that did not include a return to work agreement.

The union said they will be at City Hall Thursday to ask for extra school days, marking the 11th day students in the country's third-largest school district will miss class.

School districts typically add the lost days to the end of the school year, so the number of instructional days remains the same, CTU spokesman Eric Ruder said.

But that issue is settled in the process of agreeing to a new contract, he said.

Chicago Mayor Lori Lightfoot said makeup days were brought out when the negotiations were already over as an attempt to move the goal post.

She said teachers would not get the days back from when they were on strike and that pushing the issue would just keep students out of school longer.

'A contract we can believe in'

CTU has been fighting for smaller class sizes, as some classrooms have more than 40 students. In a city where many children face poverty, violence or grief at a young age, teachers are also pushing for more case managers, librarians and other support staff.

In addition to more staffing, "We've asked the (school) board to give us a little more time to do our jobs," Sharkey said.

Sharkey said Wednesday that the agreement improves upon many of those concerns.

"We believe this is an agreement which will provide real, lasting benefit," he said. "It's a contract that we can believe in."

Lightfoot told reporters that her administration delivered on many of its promises in the negotiation -- and that it is the union's time to compromise.

"The CTU has repeatedly asked me to give them what I promised during the campaign, and that's precisely what we did in this contract. And now, what I am saying to the CTU leadership is to give our kids and our parents and our taxpayers what you promised," Lightfoot said. "At some point, negotiations have to end."

While an agreement with the teachers remains unsettled, Chicago Public Schools did reach an initial deal earlier this week with SEIU Local 73, the union representing school support staff.

"This is a victory for working people in Chicago and shows what is possible when we unite and take action," SEIU Local 73 President Dian Palmer said.

"The lowest-paid support workers who are the backbone of our schools are going to see raises that mean their families won't have to struggle living in an expensive city where costs keep going up."

Members of that union joined the teachers' strike following the agreement. Palmer said they will continue protests until the teachers' union gets an appropriate contract as well.