Bronx hero dad loses jobs after taking bullet to protect kids: How you can help 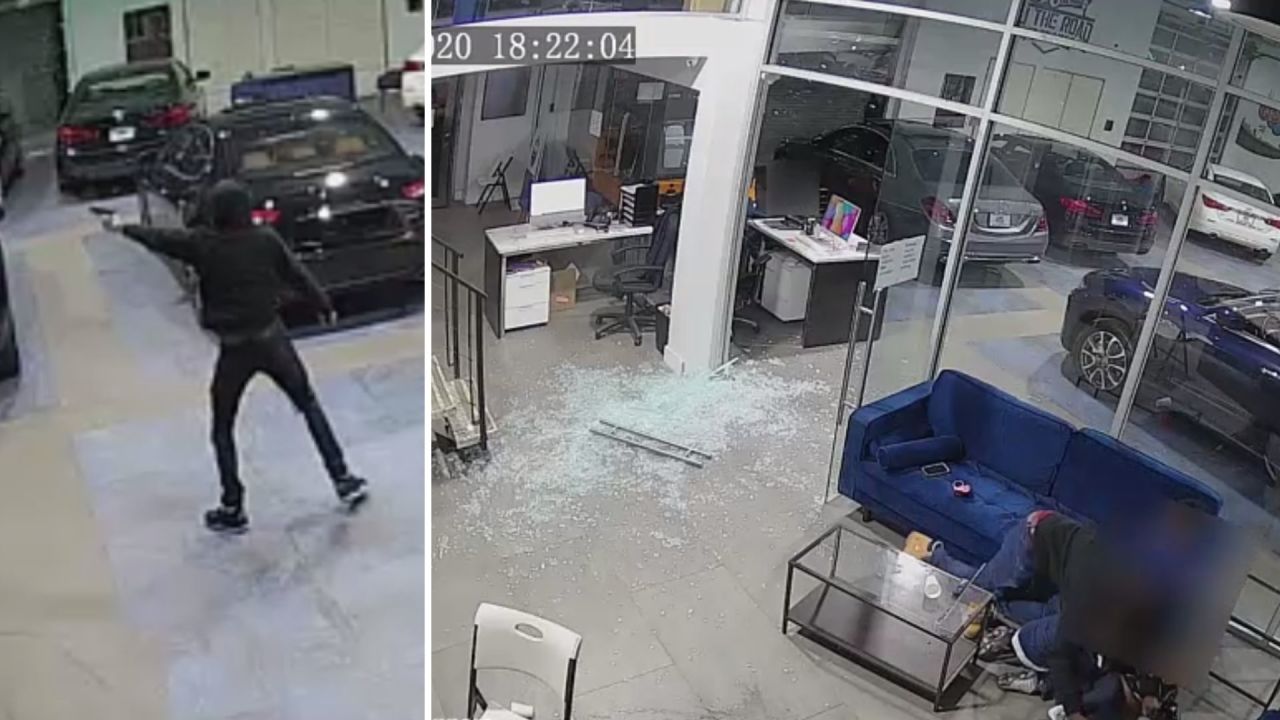 A dad was shot as he shielded his children inside a Bronx car dealership on Monday, police said. The 39-year-old dad, a bystander, was struck in the right thigh when shots rang out inside the Boston Road dealership. Three men opened fire on another man, who fired several rounds back, police said.

Days after a dad was caught on camera being shot as he shielded his children from gunfire at Bronx car dealership, a family friend says he has lost his job.

An innocent bystander, 39-year-old Anthony Jefferson was struck in the right thigh when the shooting erupted Monday, officials said.

On a GoFundMe campaign page started Thursday by close friend Serena Wingate, she wrote that Jefferson had lost his job due to the injury and also has to have surgery to remove the bullet.

Jefferson's wife, Danica Jefferson, told TMZ that the injury left him temporarily unable to walk. This has resulted in the heroic dad being fired from both of his two jobs as a construction worker and head painter at a maintenance company, TMZ reported.

Wingate said she set up the GoFundMe to help the dad with medical bills and help his kids with therapy after the traumatic experience.

According the family friend, the father and his three kids were at the dealership shopping for a new vehicle to surprise his wife for her birthday.

That's when shots rang out inside the Boston Road business. Three men opened fire on another man, who fired several rounds back, police said.

Surveillance video shows the dad diving and huddling over the kids on the floor behind a couch. Glass windows shattered as gunmen fired from between cars.

None of the children were injured, police said.

The NYPD is still trying to identify the men seen opening fire in the video.

This article was written by Mark Sundstrom and Aliza Chasan for WPIX.