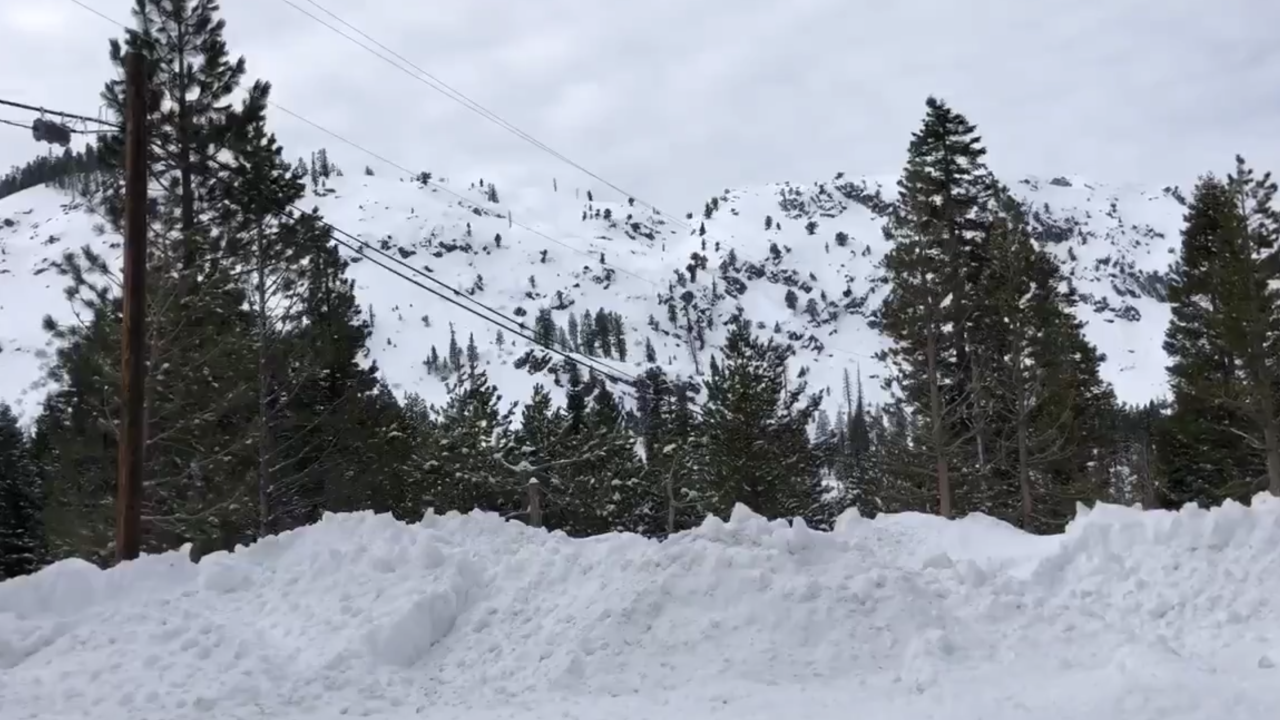 PLACER COUNTY, Calif. – Authorities say one person has died and one person is seriously injured after an avalanche at a Northern California ski resort.

“At approximately 10:30 this morning, we received a report of an avalanche up above the Subway ski run,” said Sgt. Mike Powers. “This is an area of the resort that is an advanced ski area and at this point, there’s no reason to believe that any other area of the resort or Alpine Meadows is in jeopardy.”

Search and rescue workers scoured the mountain for other potential victims, but the search was called off at about 12:50 PT after volunteers and avalanche dogs confirmed there were no other victims, according to the sheriff's office.

A storm passing through Thursday dumped up to 2 feet of snow across the area.

An avalanche at Alpine Meadows in 1982 killed seven people, including several employees of the ski resort.

Sgt. Powers near the scene with the latest on the avalanche at #alpinemeadows 1 confirmed fatality,2nd victim with serious injuries on the way to a hospital. SAR volunteers looking for more potential unaccounted victims. Ski resort still open, but area near Subway ski run closed. pic.twitter.com/DC209XK2g1

UPDATE [12:50p.m.]: Search has been called off. After a thorough search, SAR volunteers and avalanche dogs confirmed no further victims.