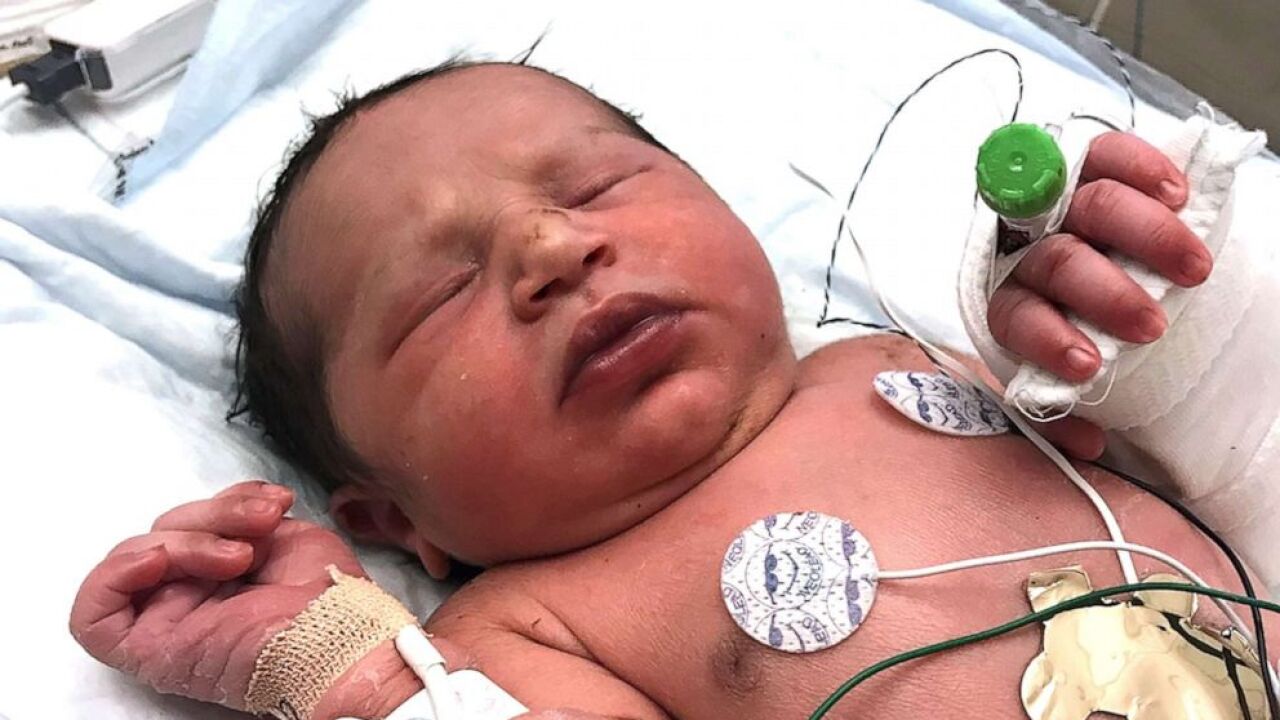 Georgia authorities are searching for information after they say an abandoned newborn girl was found alive in a plastic grocery bag.

The newborn was found along a road in Forsyth County at about 10 p.m Thursday, Freeman said at a news conference on Friday.

(MORE: 5-month-old baby rescued after being left partially buried on Montana mountain for at least 9 hours)

Residents heard the baby's cry and called 911, he said.

She was rushed to a hospital "where surprisingly, the baby was in good condition," Freeman said.

(MORE: Massachusetts man found guilty in 'Baby Doe' murder trial)Now the sheriff is desperate to find the identity of the baby and her parents.

"We want to understand and find out how this baby was abandoned," Freeman said. "Thirty-two years, this is the first one I've had of an abandoned child in this manner."

(MORE: DNA leads to arrest of woman who allegedly left baby in a ditch to die 38 years ago)The state has laws allowing for the safe surrender of newborn children.

"Georgia Safe Haven Law allows a mother up to 30 days after the birth of an infant to drop that infant off at a hospital, a fire station, a police station, a sheriff's station," the sheriff stressed. "And as long as they turn it over to a person, a live human being, they cannot be charged with abandonment, cruelty to children. It is a way to make sure that a child like this is safely cared for."

The little girl has been temporarily named India, and is in custody of the Department of Children and Family Services, the sheriff said.