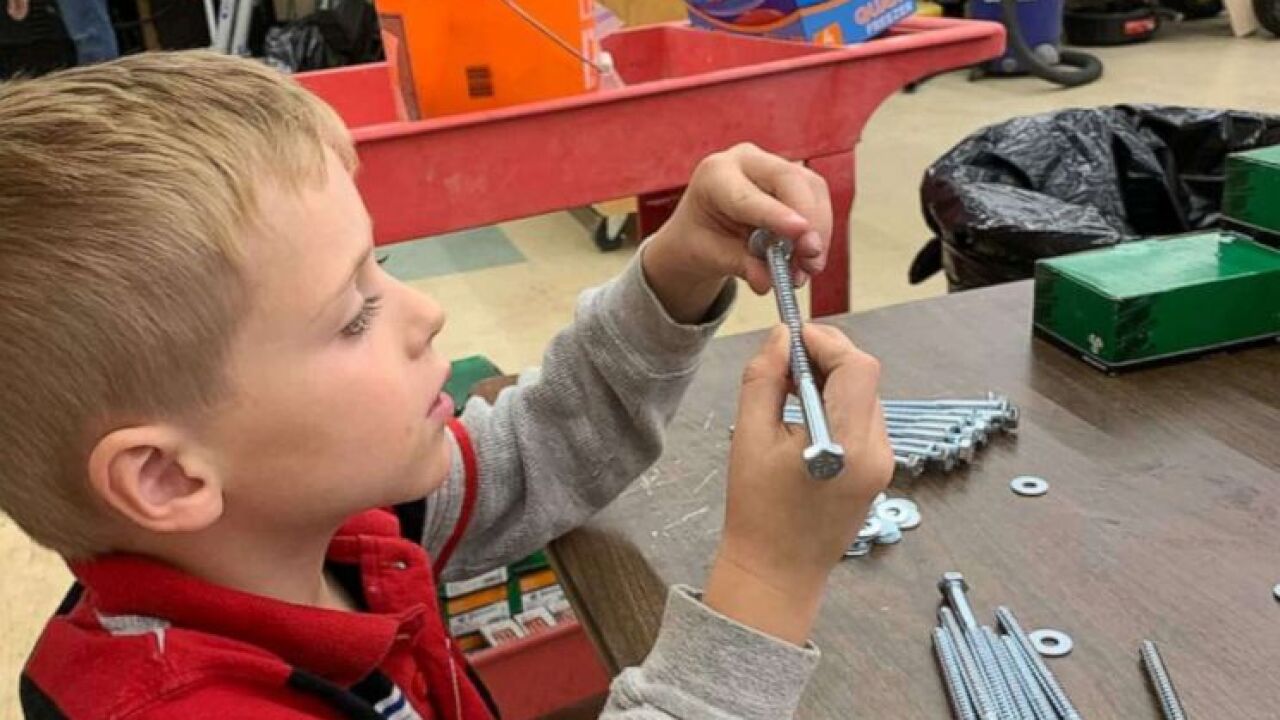 When their birthdays roll around, most children ask for a growing list of presents -- or a pony -- but that wasn't the case for 5-year-old Tyler Sliz.

Tyler asked family and friends to help him donate bedding to children in need through the Sleep in Heavenly Peace organization at his church in Libertyville, Illinois.

Almost two months later, much to his delight, the bedding donations are still coming in.

"At first, I was concerned he would feel disappointment at his birthday party when all he received was bedding, but he surprised me with his giving heart," his mother, Jackie Sliz, told ABC News. "All he truly wanted for his birthday was bedding so that he could carry it to Sleep In Heavenly Peace."

Sleep in Heavenly Peace consists of a group of volunteers who focus on making sure children have a bed to sleep in every night. The volunteers build, assemble and deliver the beds to the families in need in Lake Country and McHenry County in Illinois.

Because Tyler couldn't help build the beds -- he has to wait till he's 12 -- he wanted to contribute in another way. So, he had his mom record a video to send to his birthday party guests, requesting that they bring bedding, pillows and sheets instead of gifts to the festivities on Oct. 26.

On Oct. 23, the day he turned 5, Tyler began collecting the donated items.

"Even when two guests chose to give him money, he, in turn, decided to buy more bedding with it," Sliz told ABC News.

Four days later, with the help of his grandparents, Tyler had his first bed built. He donated all of his birthday gifts -- 30 pieces of bedding that he'd received from party guests.

"People tend to be surprised that he chooses collecting bedding instead of gifts for himself. Many are inspired to ask their friends and family for bedding," Sliz said. "[They say,] 'If a 5-year-old can do it, so can I.'"

Tyler was a "special bed builder" with the group in October, Sleep in Heavenly Peace said in a statement to ABC News.

"Four generations of his family were there on [Oct. 27] making sure No Kid Sleeps on The Floor in His Town," the statement said. "This young man sure knows what's important and has a great heart!"

Tyler's collection of bedding continues to grow as people donate. He hopes to continue collecting throughout the holiday season and receive at least 100 pieces of bedding.