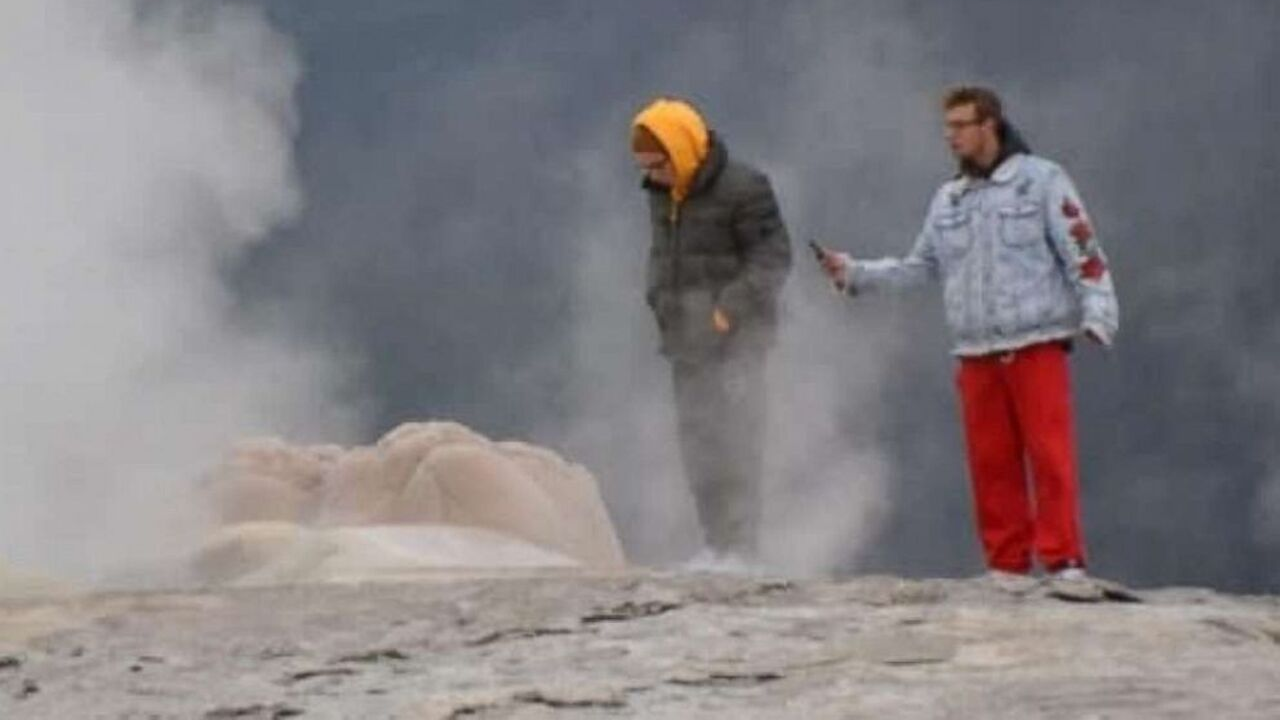 Two tourists are in hot water after they were caught on camera trespassing at Yellowstone National Park's Old Faithful and leaning dangerously close to the iconic geyser's spout while snapping cellphone pictures, according to park rangers and a witness.

The incident occurred on Tuesday at the nation's most famous geyser in Wyoming, according to park officials.

Witness Kimberly Guilliams was at Old Faithful with her family waiting for the thermal sightseeing attraction to blow when she spotted the two men ignoring no trespassing signs and leaving a designated boardwalk to step right up to the mouth of the steaming geyser. 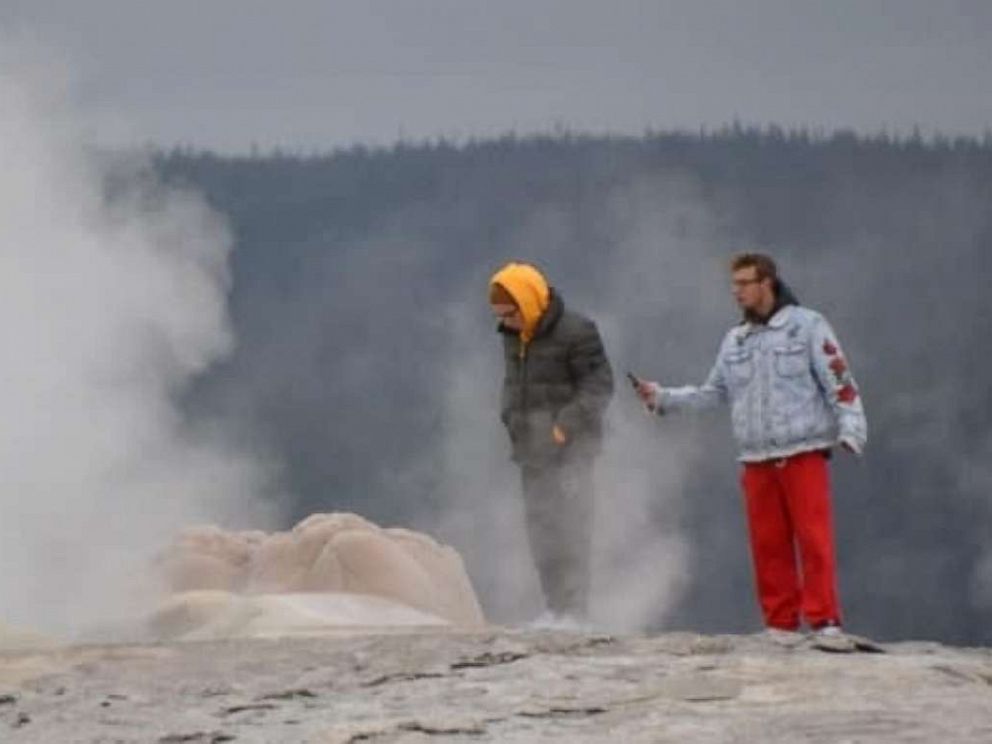 Guilliams quickly took photos of the men, whose names have not been released, and reported them to National Park rangers.

Guilliams called the actions of the men "complete stupidity."

"My family and I just couldn't believe what was happening," Guilliams told ABC's "Good Morning America" on Sunday. "They just didn't care and we couldn't believe that they thought that that was OK."

National Parks officials confirmed to KRTV in Great Falls, Montana, that the two suspects were charged with thermal trespassing and have been ordered to appear in court in December.

"I don't see how anyone couldn't be aware of the rules," Guilliams said. "They're posted everywhere. They're in multiple different languages. All around the border of the geyser, there are rules saying that it is very dangerous, that the ground is unstable and very fragile." 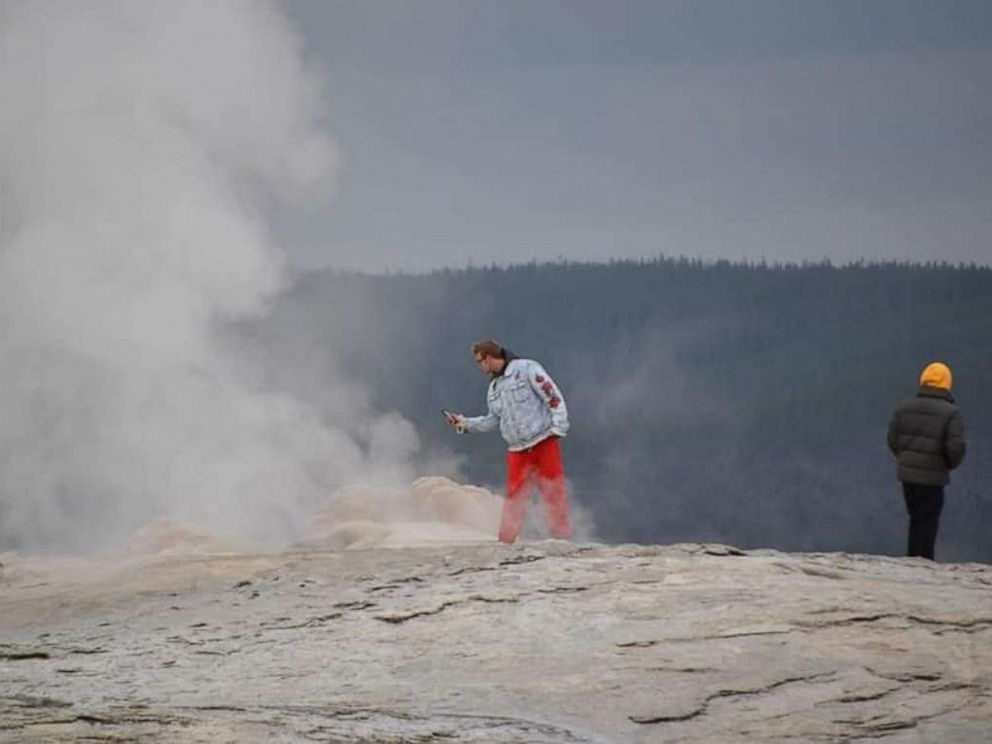 It's not the first time someone has been caught trespassing at Old Faithful.

Gabriel Villalva, 27, of Greeley, Colorado, was arrested after park visitors' video recorded him getting dangerously close to the geyser's spout in September 2018. The video, which was passed on to park rangers, not only showed Villalva walking up to the geyser, which spews 200-degree boiling water about every hour, but sticking his head in the spout.

Villalva pleaded guilty in November to disorderly conduct and thermal trespassing. He was sentenced to five years' probation and banned from Yellowstone and Grand Teton national parks for five years, officials said.

On the Yellowstone National Park website visitors are warned about the dangers of venturing close to the geyser, saying, "burns from thermal features are a common cause of serious injury and death in the park.