Where will the Republican National Convention go? Here's a list of possible cities

Trump said he could no longer speak in Charlotte, North Carolina. 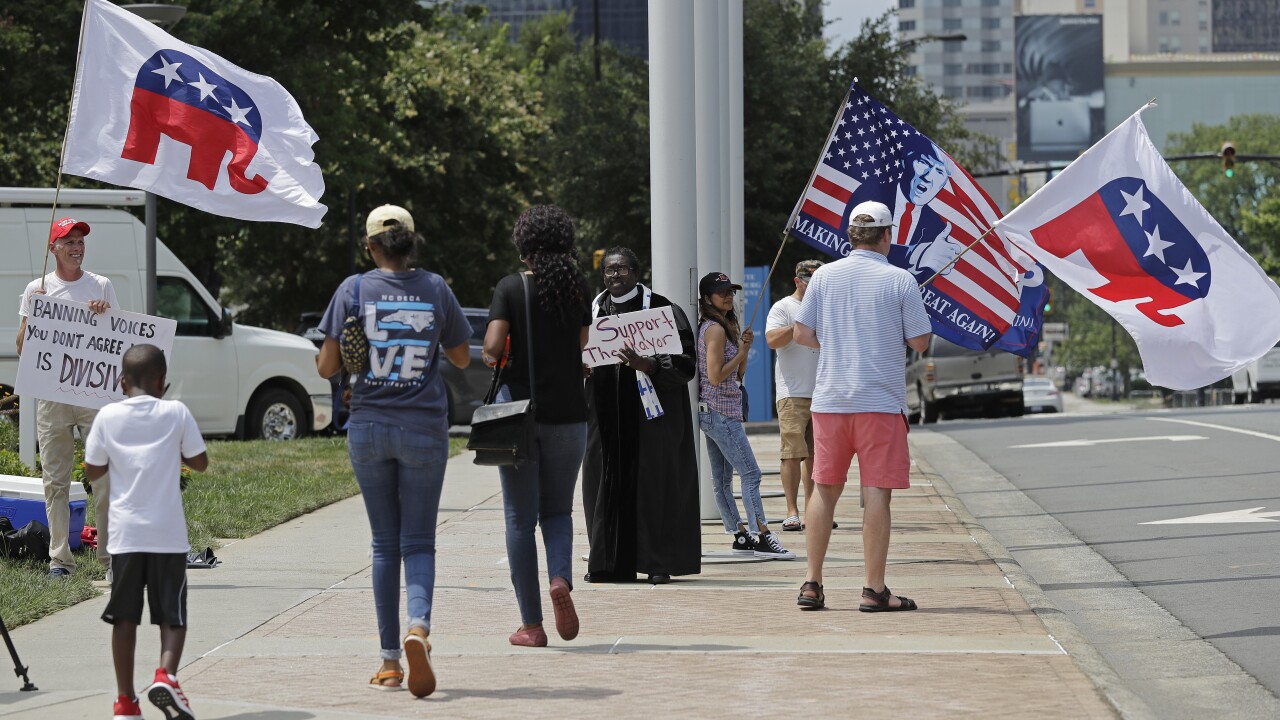 Copyright 2018 The Associated Press. All rights reserved
Chuck Burton/AP
People walk past a group of Trump and RNC supporters outside city hall during a public forum before the Charlotte City Council votes whether to host the 2020 Republican National Convention at a meeting in Charlotte, N.C., Monday, July 16, 2018. (AP Photo/Chuck Burton)

President Donald Trump has officially decided he will not accept the Republican nomination in Charlotte, North Carolina.

The president's decision, announced in a late night tweet, is the result of Trump wanting to host a more traditional convention, while Gov. Roy Cooper worried about COVID-19 concerns.

...millions of dollars, and jobs, for the State. Because of @NC_Governor, we are now forced to seek another State to host the 2020 Republican National Convention.

Gov. Cooper said in response "protecting public health and safety during this pandemic is a priority."

We have been committed to a safe RNC convention in North Carolina and it’s unfortunate they never agreed to scale down and make changes to keep people safe. Protecting public health and safety during this pandemic is a priority.

Where could the convention go?

A number of US cities have been floated as possible alternatives, and it is likely republicans will chose a state run by a republican governor.

The convention is scheduled for August 24-27.

Could Charlotte still have some role?

The Republican National Convention and the City of Charlotte have a contract in place to host the event. As a result, a portion of the convention may still take place there, although it remains unclear.

We have a contract in place with the RNC to host the convention and the City Attorney will be in contact with the attorneys for the RNC to understand their full intentions.