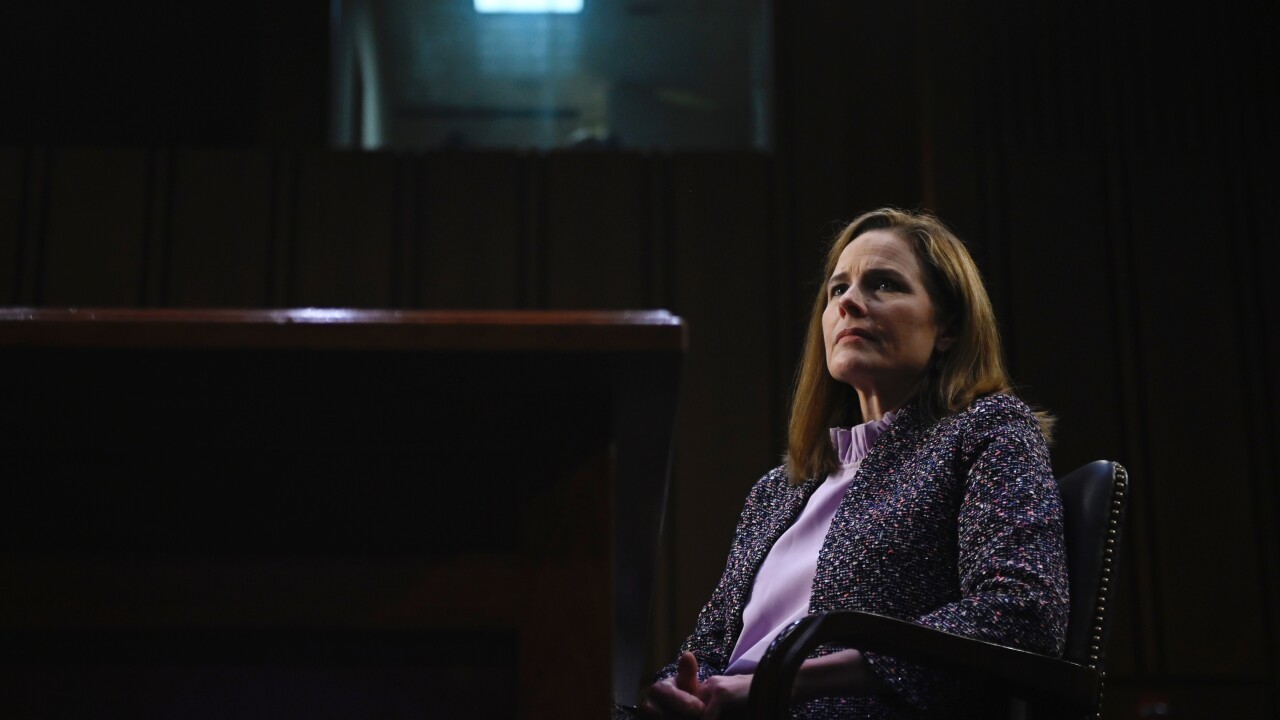 The Senate Judiciary Committee is slated to meet on Thursday to send Barrett’s confirmation to the full Senate. Schumer said Democrats will prevent the committee from having a quorum.

Barrett's confirmation is expected to pass through the committee and full Senate with just enough Republican support. Barrett is slated to replace Justice Ruth Bader Ginsburg, who died last month.

“Democrats will boycott the illegitimate markup tomorrow of Judge Barrett’s nomination in Judiciary and not provide the quorum required Health care is at stake,” Schumer tweeted.” Rights are at stake. But the GOP's showing they're concerned only with raw political power We will not stop fighting”

The boycott would force committee chair Lindsey Graham, who is in a tough re-election campaign, to alter the committee’s rules to allow for a quorum.

“Judge Barrett is one of the most prepared people to have ever been nominated for the Supreme Court. America will be fortunate to have her as a member of the highest court in the land,” Graham said on Wednesday. “As to my Democratic colleagues’ refusal to attend the markup, that is a choice they are making. I believe it does a disservice to Judge Barrett who deserves a vote, up or down.”