President's niece, Mary Trump, calls for him to resign in first TV interview 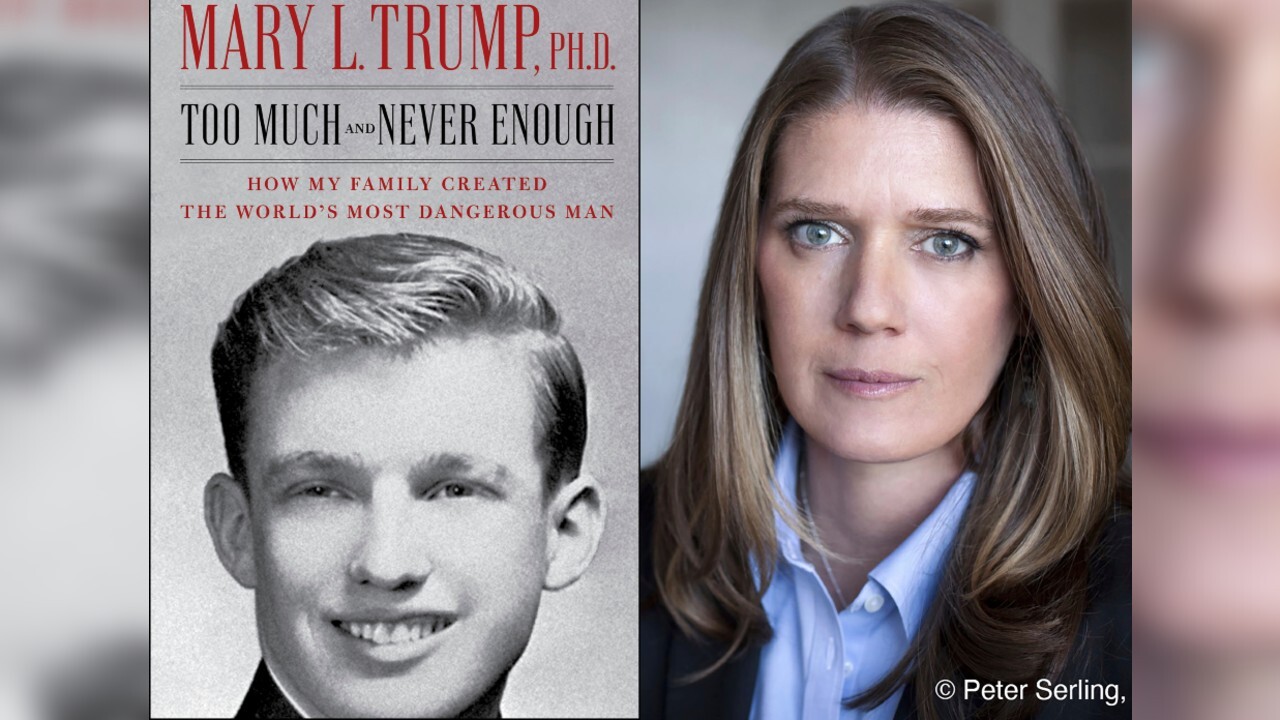 (Simon & Schuster, left, and Peter Serling/Simon & Schuster via AP)
This combination photo shows the cover art for "Too Much and Never Enough: How My Family Created the World's Most Dangerous Man", left, and a portrait of author Mary L. Trump, Ph.D.

NEW YORK, N.Y. – Mary Trump called on her uncle, President Donald Trump, to resign during her first television interview since the release of her tell-all book.

While speaking with ABC News, she also discussed visiting President Trump in the White House in 2017, a few months after the inauguration.

In one clip from the interview, Mary Trump essentially says that her uncle is unfit for office and dangerous.

"And I just remember thinking, 'he seems tired. He seems like this is not what he signed up for, if he even knows what he signed up for.' And I thought his response was actually more enlightening than my statement. And he said, 'they won't get me.' And so far, looks like he's right," she said.

When George Stephanopoulos asked Mary Trump what she would say to her uncle if she was in the Oval Office today, she said, “resign.” She thinks the president is incapable of leading the country and said it’s dangerous to allow him to do so.

President Trump's brother, Robert, took Mary Trump and her publisher to court to try to block the book's release and block Mary Trump from talking about it. However, on Monday, the New York State Supreme Court lifted a temporary restraining order, allowing the author to promote her book.

Mary Trump is the daughter of Fred Trump Jr., who died after a long bout with alcoholism. During the interview, she claimed her father was “punished for being kind, for being generous… for having interests outside what my grandfather thought was acceptable.”

Mary Trump’s ABC interview reflects much of what’s detailed in her book, "Too Much and Never Enough: How My Family Created the World's Most Dangerous Man." In it, she writes a scathing depiction of her uncle, drawing on her own memories, conversations with relatives, and pertinent documents.