Waco-McLennan changes reporting of COVID numbers to align with Texas 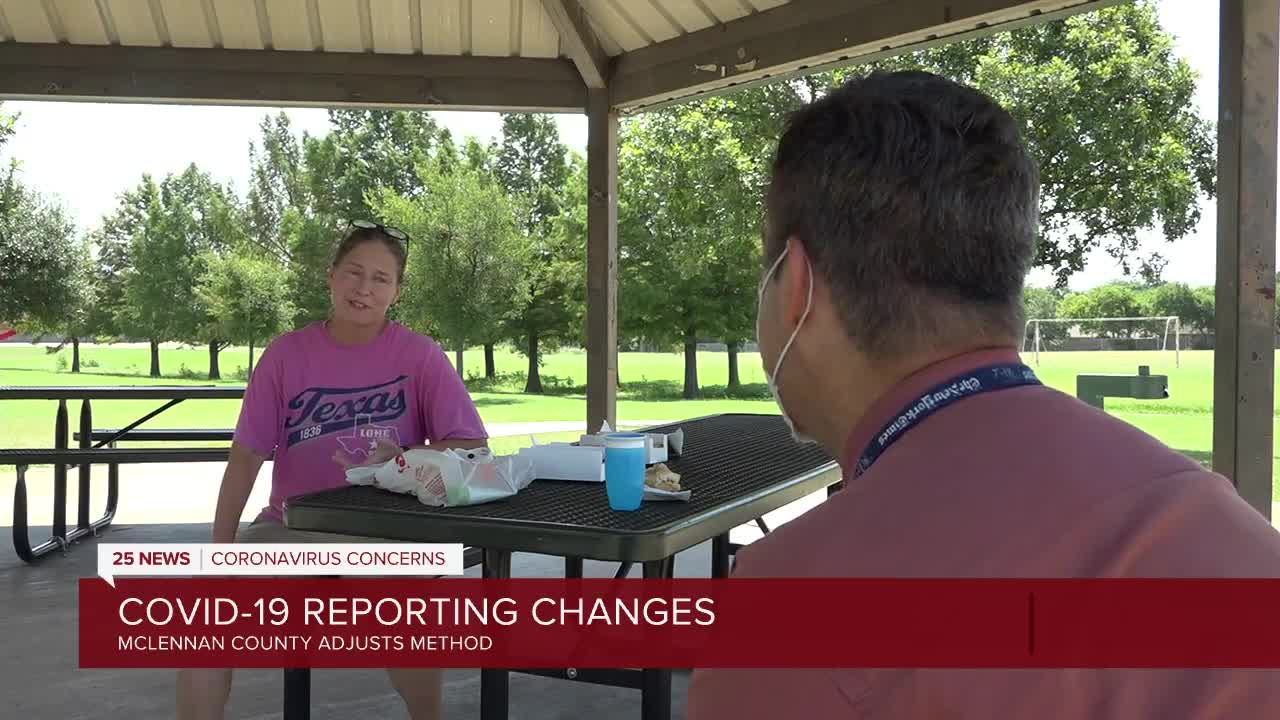 WACO, TX — A sudden change in the way Waco and McLennan County account for the number of coronavirus cases and their status has some concerned tonight.
Why the change? and can we trust the numbers?
The fight against the coronavirus began locally at the Waco McLennan County Public Health Department and quickly included the city of Waco administration.
But now the cases have practically exploded and the two have realigned in the way they report Their numbers.
Laura Bing works in a medical lab and says she's never questioned numbers coming from the public health district, because, she has faith in the man who created the reporting standards.
"Dr. Farley Verner. I've known of his infectious disease practice for years and I have a lot of taith in him," explained the medical technologist.
But when COVID cases exploded after Memorial day, The health district needed help keeping up with hundreds of new cases a day.
"Now that they've gotten so high we simply don't have the resources to do all the contact tracing here locally," stated Waco Mayor Kyle Deaver.
With the state now involved, leaders thought it best both state and local workers spoke the same language, so the health district adopted state standards, for counting COVID cases.
From the amount of quarantine....
"The current recommended quarintine period for most healthy people is 14 days. for those who have tested positive, the isolation period is at least ten days from symptom onset," said Deaver.
To the definition of "recovered", the way the health district reported information, changed.
"We started using what the state had been using and what the CDC recommends as guidelines for "estimated" recoveries," Deaver explained.
But that doesn't exactly give experts like Laura Bing a lot of confidence.
"I think of numbers as data. and I want to see the data handled correctly. So if you're not recovered, if you're still recovering, that's not a "recovered" case," she said.
Then, a problem with numbers over the weekend showed more than 140 new cases, when in fact, the real numbers proved to be less than half.
That got blamed on a hospital software issue and miscomunication.
Waco leaders insist they've made these changes to better serve the public and not themselves.
"I can assure you that these are all driven by public health issues and not political issues," said Deaver.
Still, Laura Bing says the best way for her to protect her family boils down to having as much information as she can gather,
"I want to see the actual numbers because that's the only way I can make an informed decision," she said.
While many hope this realignment will provide a truer picture of Covid cases in comparison with state figures, others wonder if perhaps our own local data Might give us the sharpest Image of the pandemic in McLennan County.