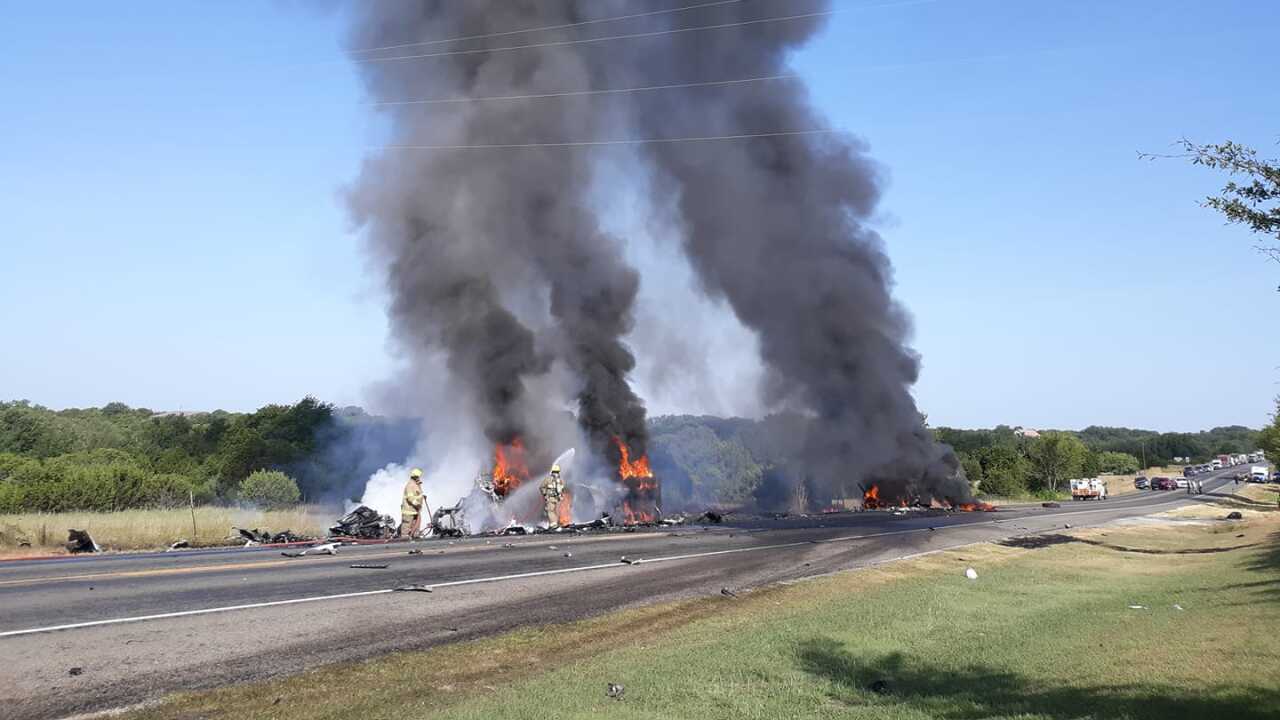 Around 9 a.m., officials responded to the site of the three-vehicle crash on US 281 about 1.5 miles north of Hico.

Then, the driver of the 18-wheeler who was behind the driver of the Freightliner semi-truck and also headed southbound tried to take evasive action, but he could not avoid hitting the other two semi-trucks. "The first two trucks that had collided then caught fire and burned as a result of the collision," said officials.

Officials say next of kin have all been notified. The crash has now beeen cleared and the roadway is expected to reopen Wednesday evening by 11 p.m.

"The Texas DPS urges all drivers to avoid distracted, fatigue and impaired driving," said TX DPS in a statement. "These are among the top factors contributing to fatal crashes across our state."