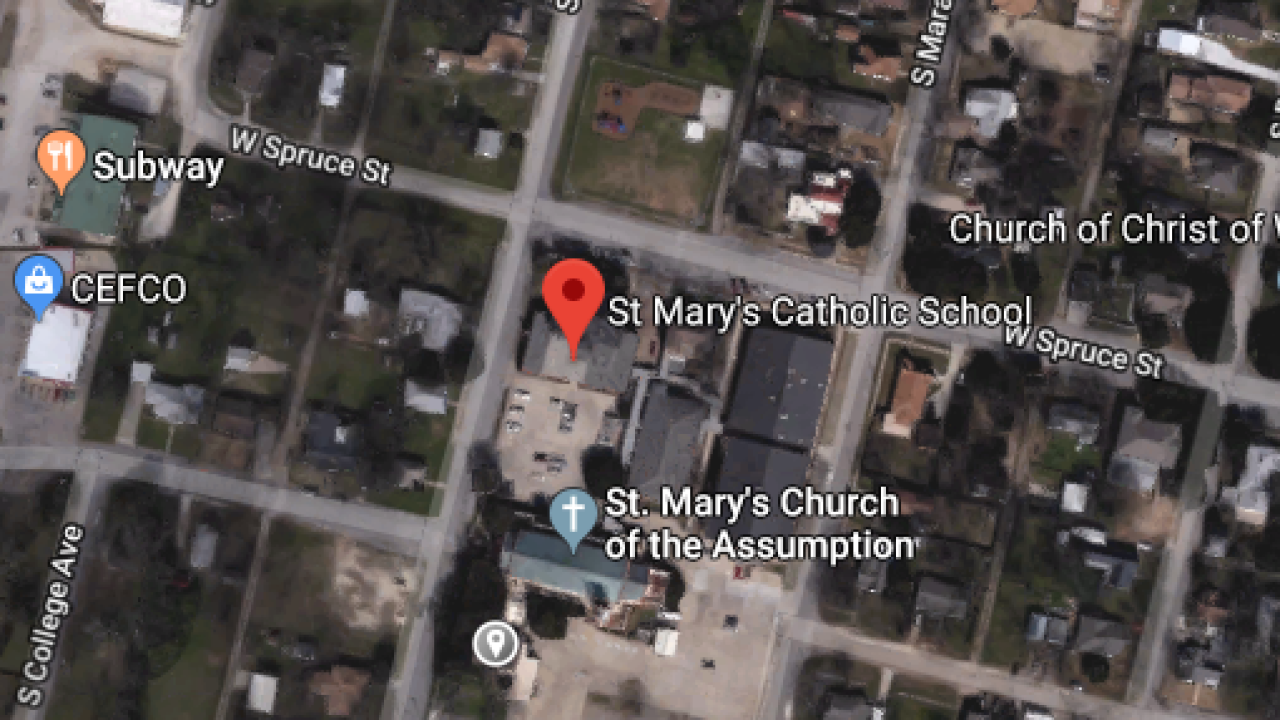 WEST, TX — A school in West was placed under lockdown Thursday morning after law enforcement attempted to serve a federal warrant to a suspect two houses down from the school.

The man refused to come out of the home, located in the 400 block of W. Spruce St. in West, leading to a standoff. Officials say a female companion was also in the home refusing to come out. She did not have a warrant.

When officers saw a teacher about to bring children out of St. Mary's Catholic School, two houses away from the suspect's home, officers said they immediately had the students go back inside. The school office was alerted and told to place the school under lockdown until the situation was resolved, said officials.

Police say the children were in no immediate danger since the suspect was "contained in the home."

At 11:20 a.m., SWAT officers arrived on scene to enter the home. First the female came out followed by the male suspect, said officials. The suspects were taken into custody, and the home was then cleared by SWAT.

The area is currently secure and safe and the lock down for St. Mary's Catholic school has been lifted.