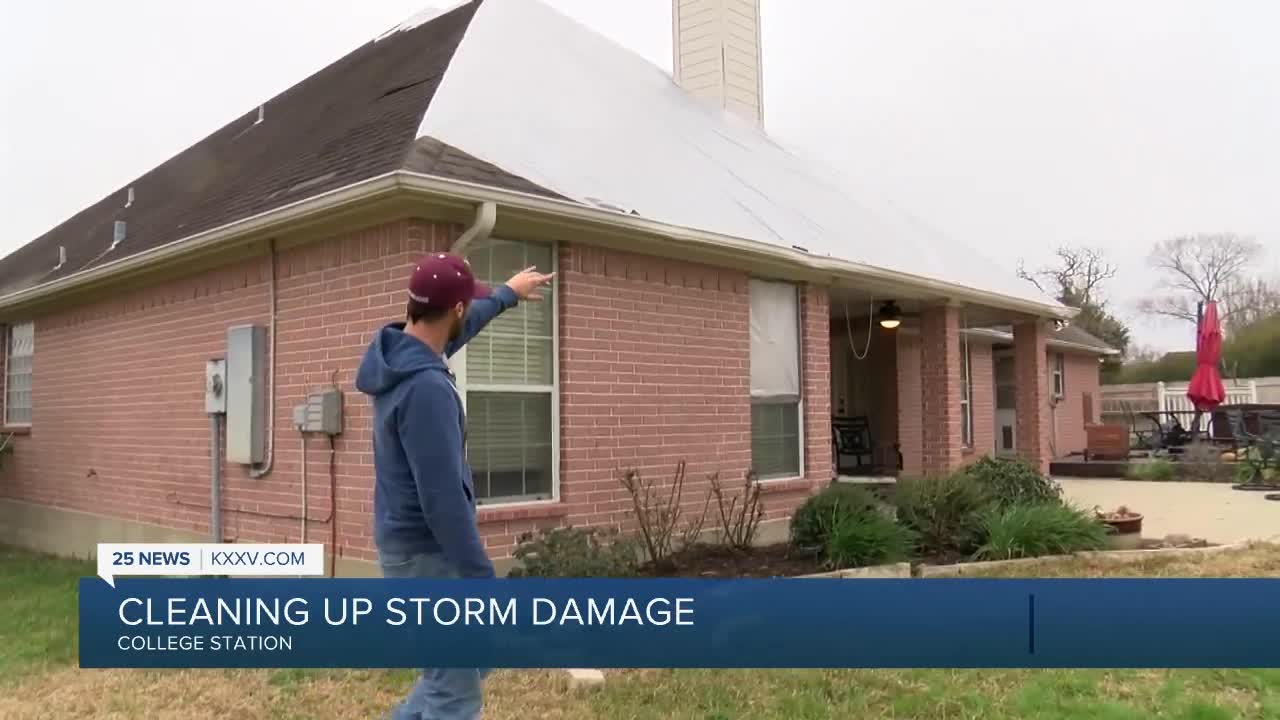 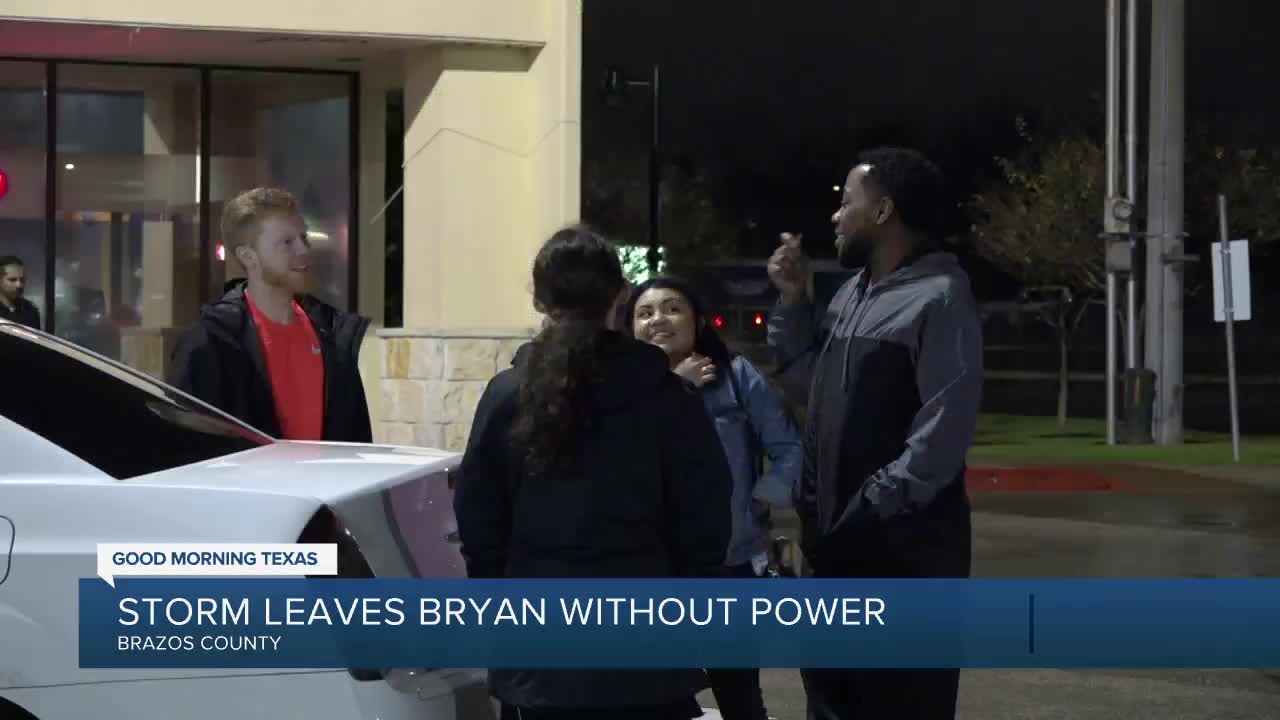 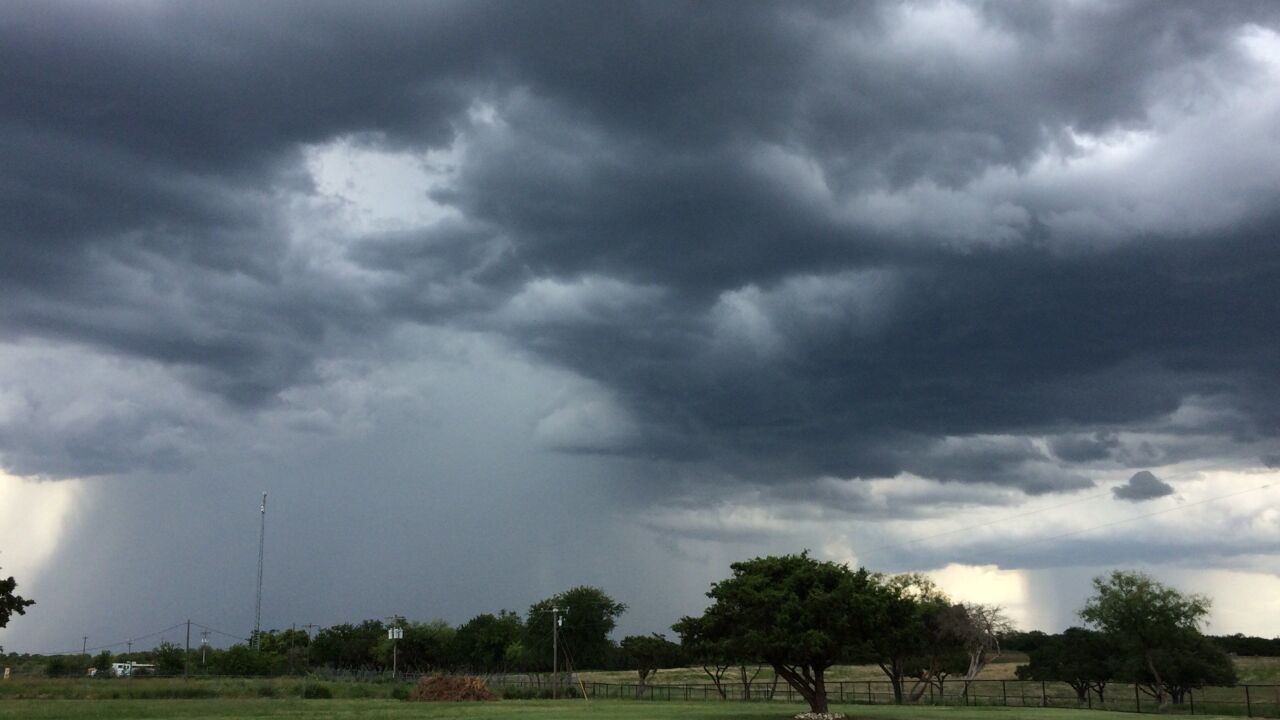 They said that most of the damage was in the form of downed power lines and downed trees.

Both BTU and the City of College Station had thousands of customers without power Friday night, but crews worked as quickly as possible to get power restored. All power was restored at 9:30 a.m. on Saturday - except for 110 BTU customers.

There was reported damage in the area of FM 1179 and Grassbur to Grassbur and Elmo Weedon.

Two homes had roof damage and another house that had the roof completely removed.

They said they received a report of a travel trailer flipped with roof damage, and an RV laid over in the Karstens RV Resort Park on Elmo Weedon Road.

Additionally, 2 storage units at the Karstens RV Business Park on Elmo Weedon had the overhead doors removed. There was also reports of roof damages and fences down in Woodland Hills in College Station.

It is believed that the National Weather Service will be in the area later today to look at damages, the emergency management coordinator said.

In the Stone Forest neighborhood, people also picking up debris.

"Between the fencing, and the roof and the garage door. It busted through the decking. We're gonna have to have decking replaced," said Stone Forest resident Jacob Faltysek. "And then the wind and then the windows broke. I thought tornado. I was like, "This is it, here it comes.""

Faltysek said his family lost power during the storm and debris shattered through their home's windows, leaving the family running for shelter.

"We prepared ourselves best we could, but you can't fully prepare for something like that," he said.

Faltysek is one of many homeowners planning on meeting with a insurance adjusters and start repairs.