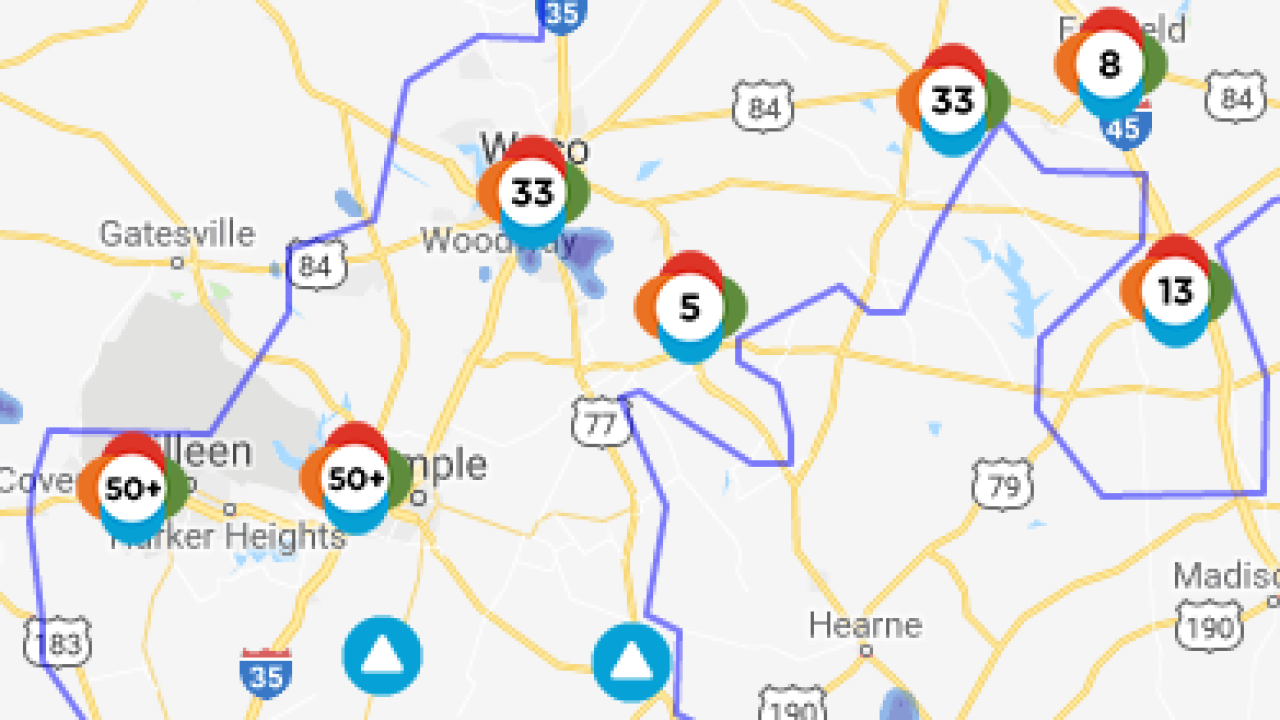 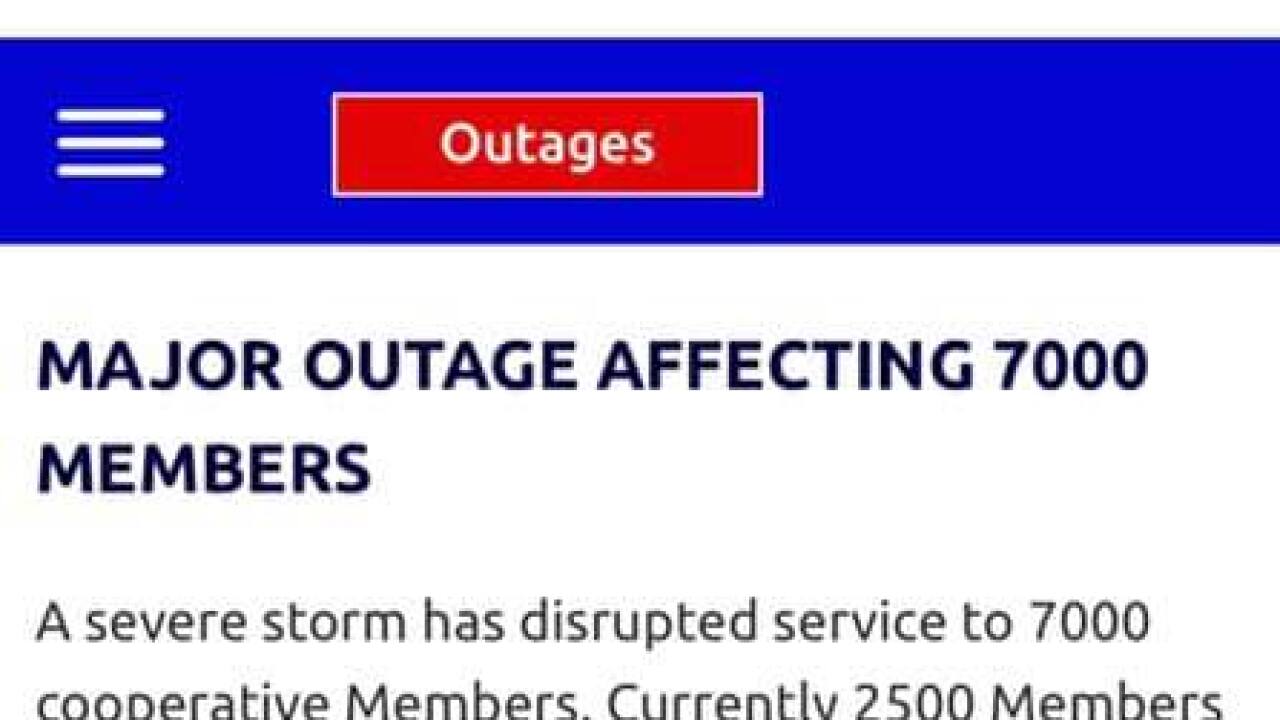 Power outages are being reported throughout the Central Texas area due to severe storms.

Copperas Cove had 154 customers still without power from 15 separate outages. Oncor believes power will be restored Monday from 11 a.m. throughout the evening. The city said that brush might be left out during this time because the priority will be restoring power.

Sunday at 11 p.m., there remained thousands of power outages, including 7,000 with disrupted service in Bell, Coryell and Lampasas Counties.

Hamilton County Electric Cooperative said that the 7,000 affected in Bell, Coryell and Lampasas counties that crews will be working through the night to restore power due to numerous poles and power lines down from storms.

To see if outages are affecting your area, click here .