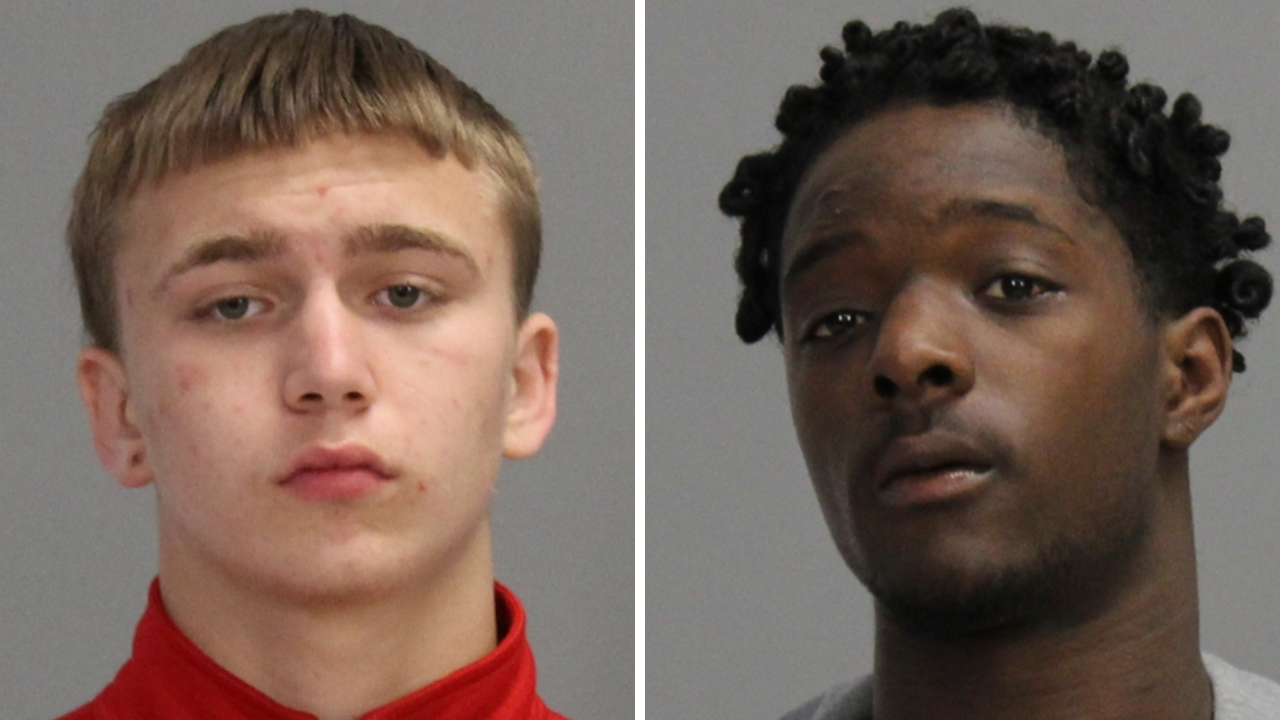 COLLEGE STATION, TX — A Louisiana teen and 20-year-old have been arrested for allegedly robbing a College Station Circle K at knife-point.

Around 6:09 a.m. on Friday, December 13, College Station police officers responded to the Circle K convenience store, located at 603 Harvey Road, for a report of an aggravated robbery.

The store clerk told officers two people displayed a knife while stealing money from the store. The clerk was not stabbed or cut, but did sustain minor injury during the robbery.

Around 7:10 a.m., officers spotted two males at a nearby apartment complex. The two were discovered to be in possession of clothing that matched the description of the suspects' clothing from the robbery. They were also in possession of property, including money, which distinctly matched the property stolen from the store.

The two were arrested on the charge of aggravated robbery. They were identified as 17-year-old Darron Steve Adams and 20-year-old Jarnterian Montre Brimzy, both residents of Natchitoches, Louisiana.