Kempner City Hall has closed due to majority of employees resigning 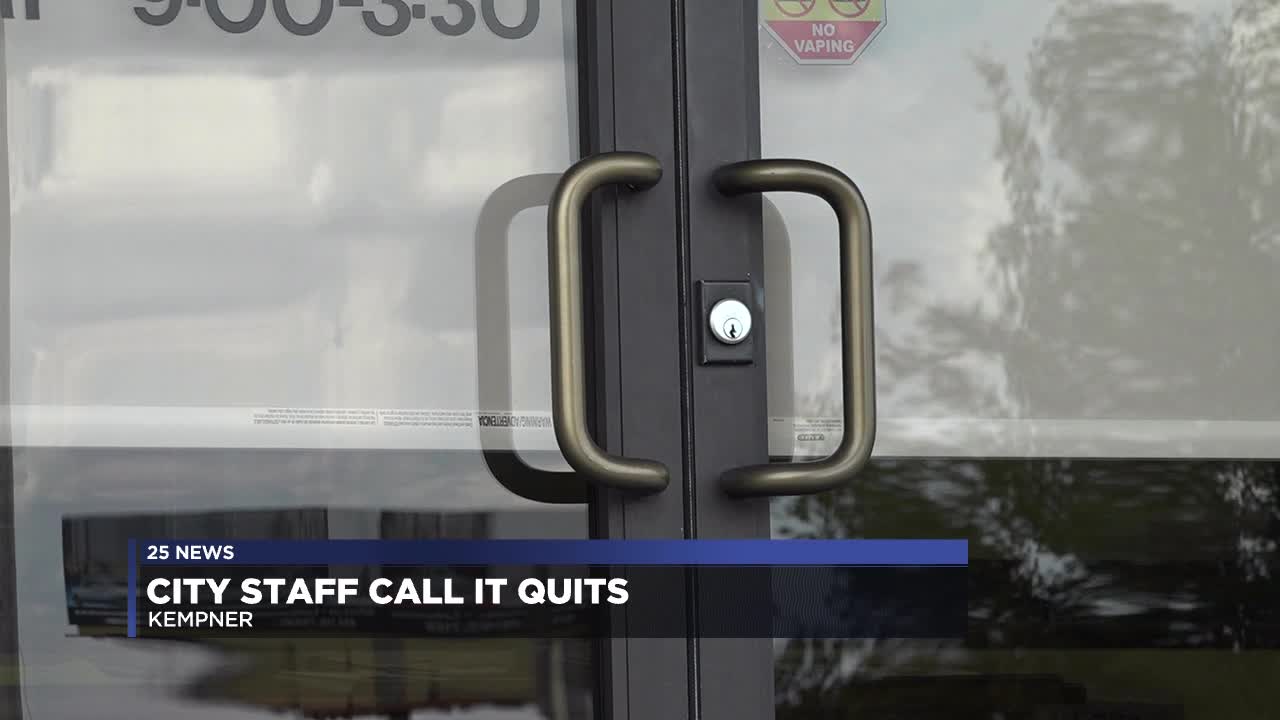 Kempner City Hall is closed due to a majority of the city employees resigning. A city official said that all employees resigned except for the police department, mayor or council members. The city secretary, assistant secretary and the judge have resigned effective immediately.

KEMPNER, TX — Kempner City Hall is closed due to a majority of the city employees resigning.

A city official said that all employees resigned except for the police department, mayor or council members. The city secretary, assistant secretary and the judge have resigned effective immediately.

“The City has been going through some issues with the mayor. I can’t go into detail about those issues, but I know that those employees had expressed to me about the mayor and the way that they are treated at city hall,” said City Council member John Wilkerson.

“The information that we’ve gotten is he’s creating a hostile work environment. There is violations of the open meetings act,” said Cheney-Campbell.

Some clues point to spending habits for a cause prompting the sudden resignation.

“The mayor is spending money without regard and without governing body’s approval,” said former Judge Gene Isenhour in his resignation letter.

Mayor Keith Harvey posted on social media receipts of expenses since taking office in May.

“The city hall has to come together and recognize that we need to work together for one to make sure that we get these positions filled quickly, get the city back up to the speed that it was running just last night, but also that we have precautions put into place for our employees so we don’t find ourselves in this situation again,” said Wilkerson.

There is a resounding message that everyone 25 News spoke with agrees upon.

25 News spoke with Jami Lee Whitehead, the former assistant city secretary. She tells us that that this was a difficult decision but one she felt she had to make.

After calls for the city mayor's resignation, Dr. Keith Harvey took to Facebook over the weekend.