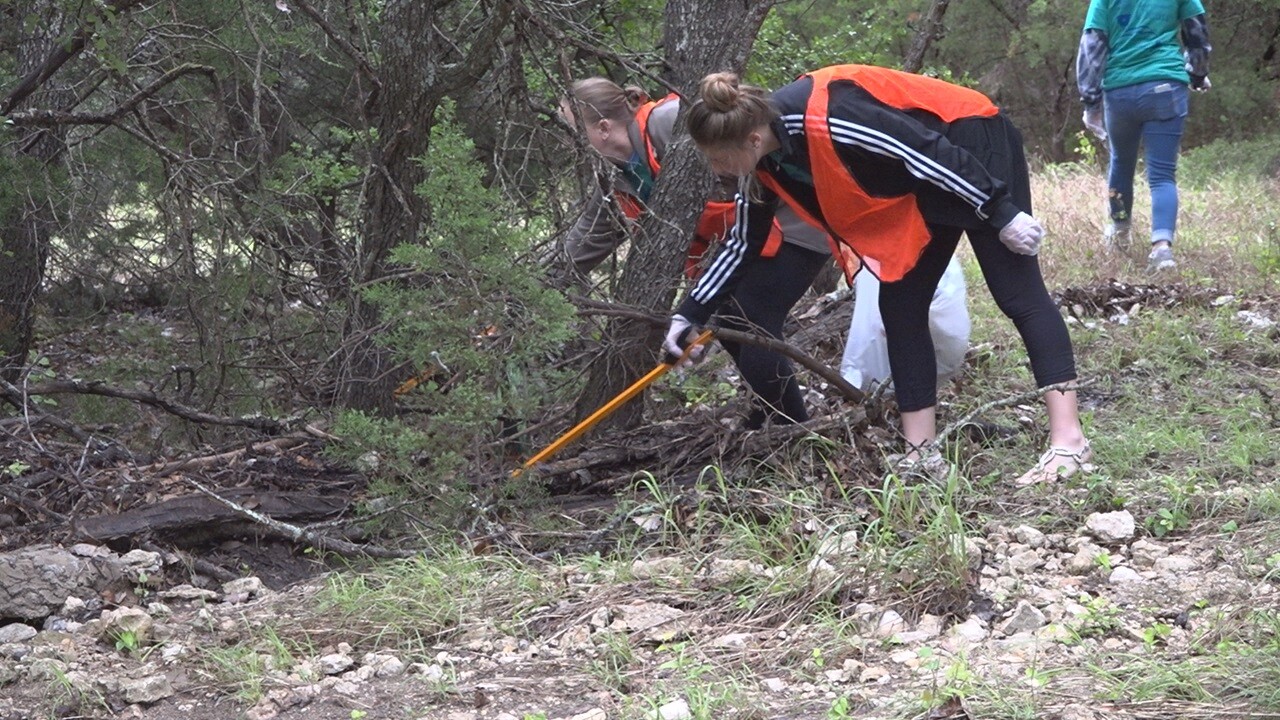 The above average rainfall they have received over the last couple of weeks sent trash flooding into the waterways.

In an effort to combat the build up of waste, dozens of people joined Keep Copperas Cove Beautiful this morning and flocked to the town for a waterway cleanup.

Robby Robinson shared that when heavy rain pours down, flood waters often send trash to the waterway behind his home.

"It mainly comes from the Highway 190, through the restaurants. Highway people throwing trash out their window," said Robinson.

He explained he and those who live nearby do what they can to keep the area looking its best.

"Couple of neighbors and I try to keep up with it, but it's pretty hard to do because so much trash washes down here," said Robinson.

"We actually cleaned this area in March, but we know with the heavy rains that there would be trash and debris out here and there is. And so it's just a great way that we can provide service in the community," Roxanne Flores-Achmad, executive director of Keep Copperas Cove Beautiful.

Flores-Achmad explained projects like the waterway cleanup are essential.

"One, it's obviously it's litter prevention, but two, it's educational," said Flores-Achmad.

Especially for the kids, "because they're the ones that will go and tell their friends, especially at school."

"I'm happy that we're doing this to like to keep the trash away," said 11-year-old Kyasia Barnes Sims who helped volunteer for the cleanup.

Robinson was grateful for the help.

"These are nice people. Community gets together and we do appreciate very much the work they do," said Robinson.

Keep Copperas Cove Beautiful hosts the waterway cleanup twice a year and the next event will be held in September.

Keep Copperas Cove Beautiful is also looking for volunteer board members. The board meets on the first Monday of every month.