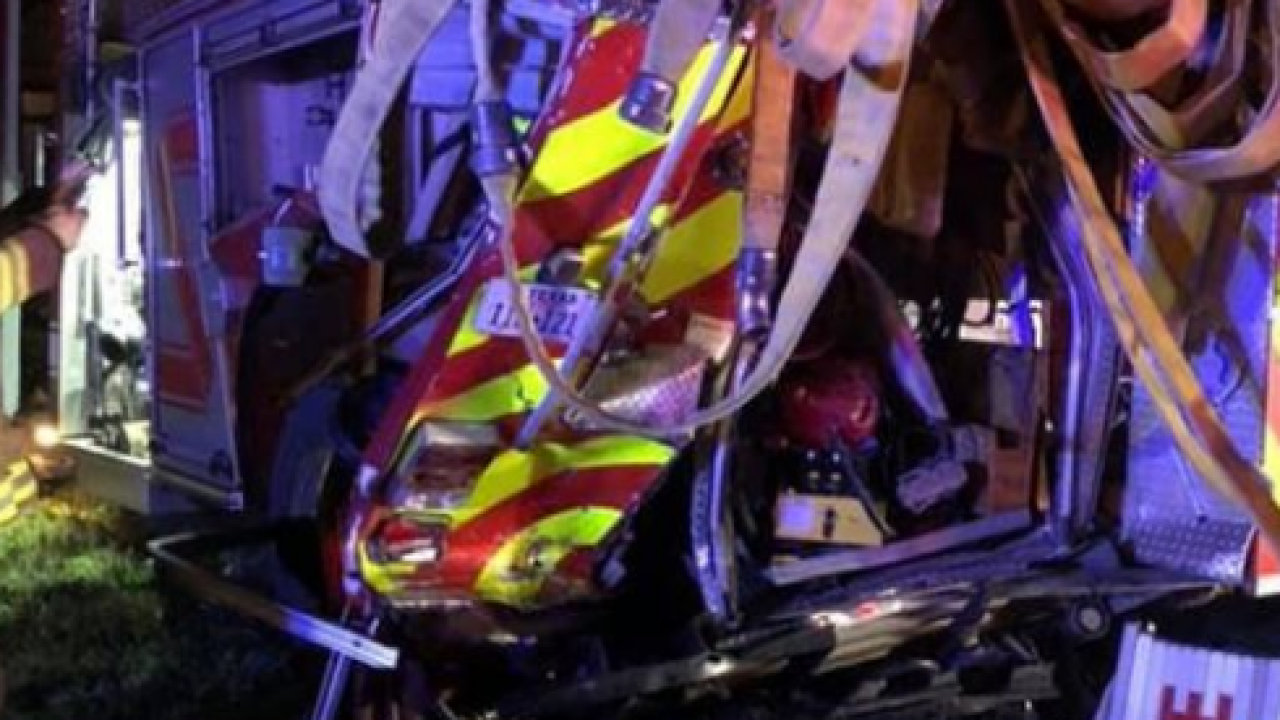 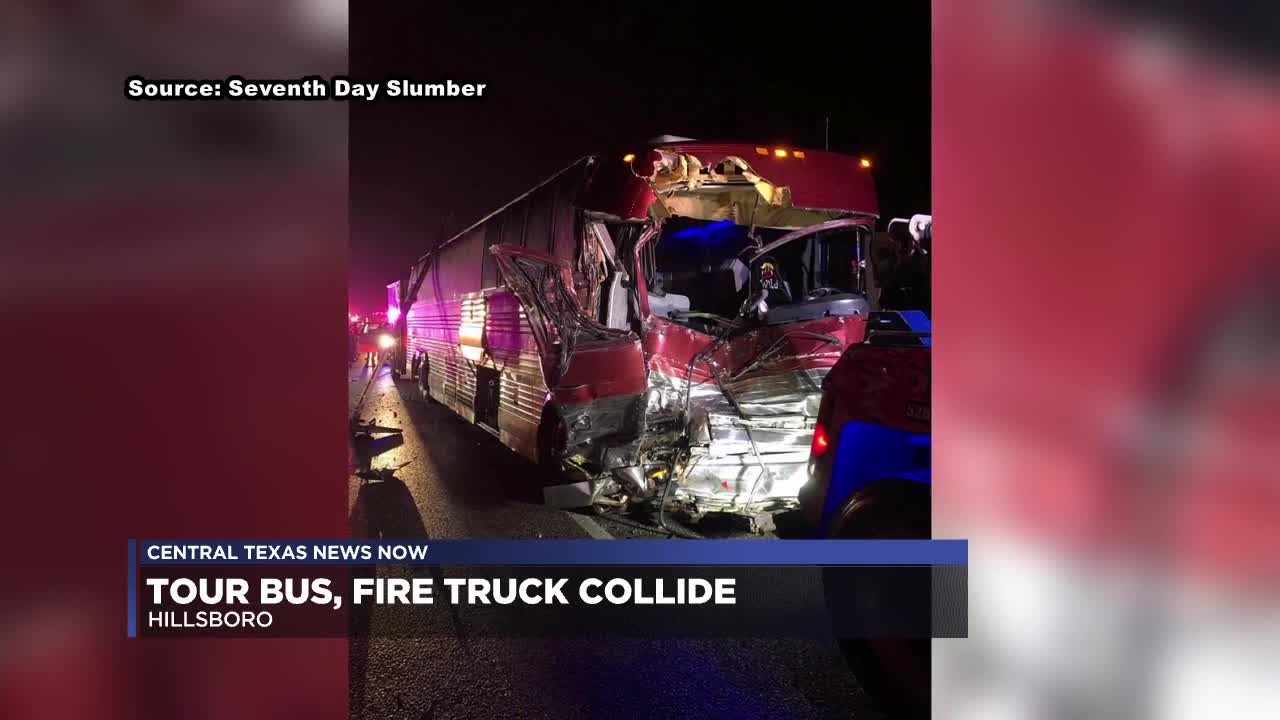 HILLSBORO — A fire truck was hit while firefighters with the Hillsboro Fire Department were working an accident on Sunday morning.

The Hillsboro Department of Public Safety said four firefighters and a Hill County Sheriff's deputy were responding to a car fire in the southbound lane of I-35 near mile marker 373 when it happened.

After the car fire was extinguished, firefighters began packing up the truck. During this time, officials said a Christian rock band's tour bus slammed into the back of it. Hillsboro police said the band was Seventh Day Slumber, from Tennessee.

According to the band's website, they were playing showing in Victoria and Paris, Texas over the weekend.

Since the truck was blocking the scene, none of the first responders were hurt.

Those firefighters then radioed for additional help and sprang into action.

Officials said the firefighters freed the driver who was pinned and led about 15 people off the bus to safety.

No one on the bus requested transport to the hospital.

The Hillsboro Department of Public Safety had a technician stop by on Monday to assess the truck's damage. At this point, they don't know if it's totaled or how much it may cost to fix it.

The department has also been in contact with its insurance company. Texas DPS worked the accident and will determine if there's any fault.