Family finally under one roof after parents killed in car accident 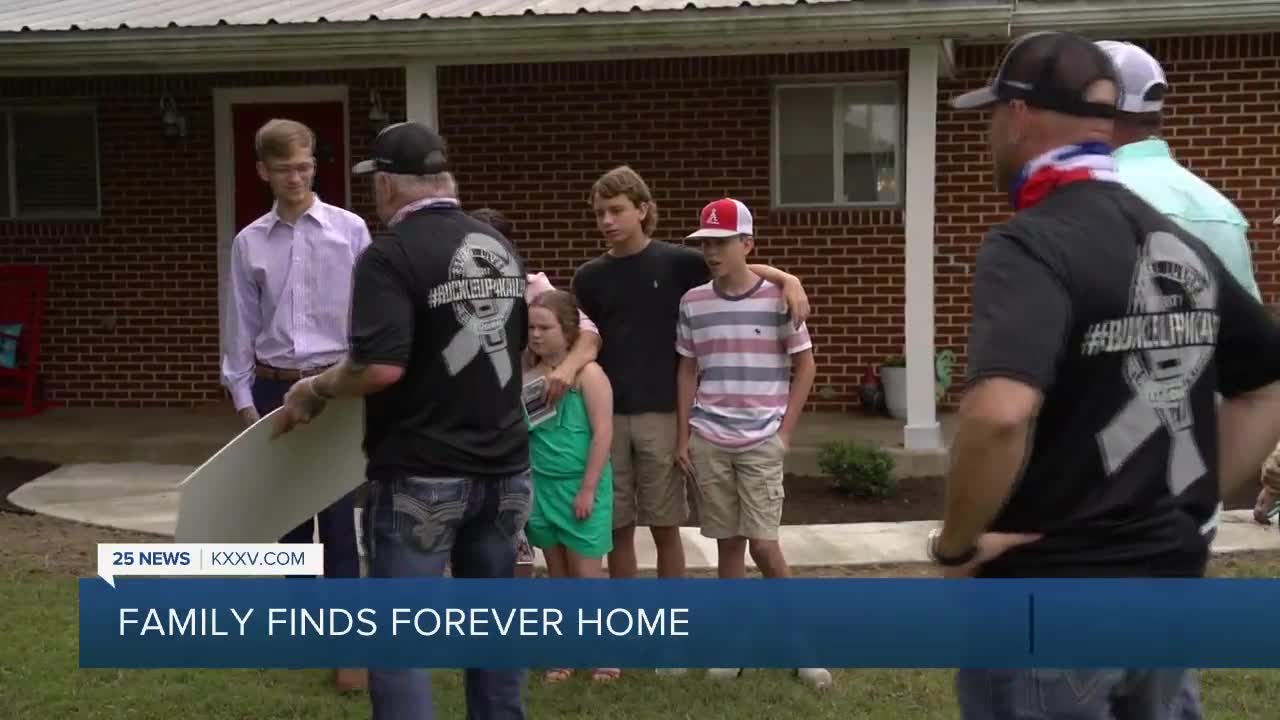 GROESBECK, TX — After losing their parents in a car accident a year ago, the Ferguson family in Groesbeck are being reunited under the same roof.

Bryston, Camden, Kovan, and Jaylee Ferguson along with their grandmother Judy were presented the keys to a new home by the Kailee Mills Foundation.

Soon after losing their parents, all four kids were split up to live with family and friends. The fully furnished three bedroom home is a culmination of months-long community effort to help this family.

"When the car accident happen and they ended up being displaced, they were separated at a time that they needed to be together more than ever. And so they were separated to grieve the loss of their parents separately. We knew that they just needed to be together and we were going to do whatever we could do to make that happen," Briana McCuloch, Executive Director, Kailee Mills Foundation said.

Two trees were planted in front of the house in hour of the their parents, Daryl and Johanna.