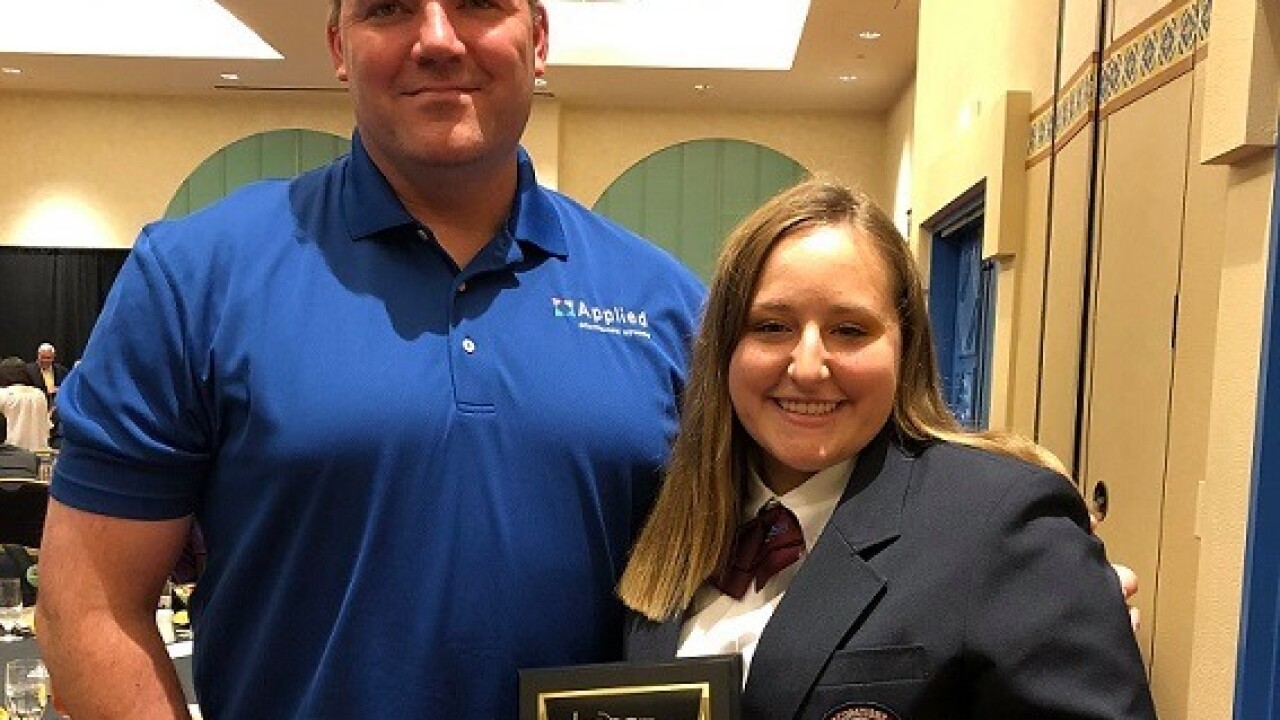 COPPERAS COVE, TX — Copperas Cove High School graduate Alexis Grasso was ranked best in the world in a medical assisting competition on Wednesday in Orlando. The competition was part of the International Health Occupation Students of America (HOSA) Leadership Conference.

According to a news release from Copperas Cove Independent School District, Grasso joined HOSA during her freshman year of high school and was involved with the organization throughout all four years of school.

Grasso served as chapter secretary and then chapter president at her high school. She also became the first student from her school to be elected as Texas HOSA Area 5 President.

“When I was announced as the first place winner in my event, there were no words to describe how ecstatic I was,” Grasso said in the release. “That moment was what I had worked for over the last four years and is a testament that hard work, determination and believing in oneself makes any goal attainable.”