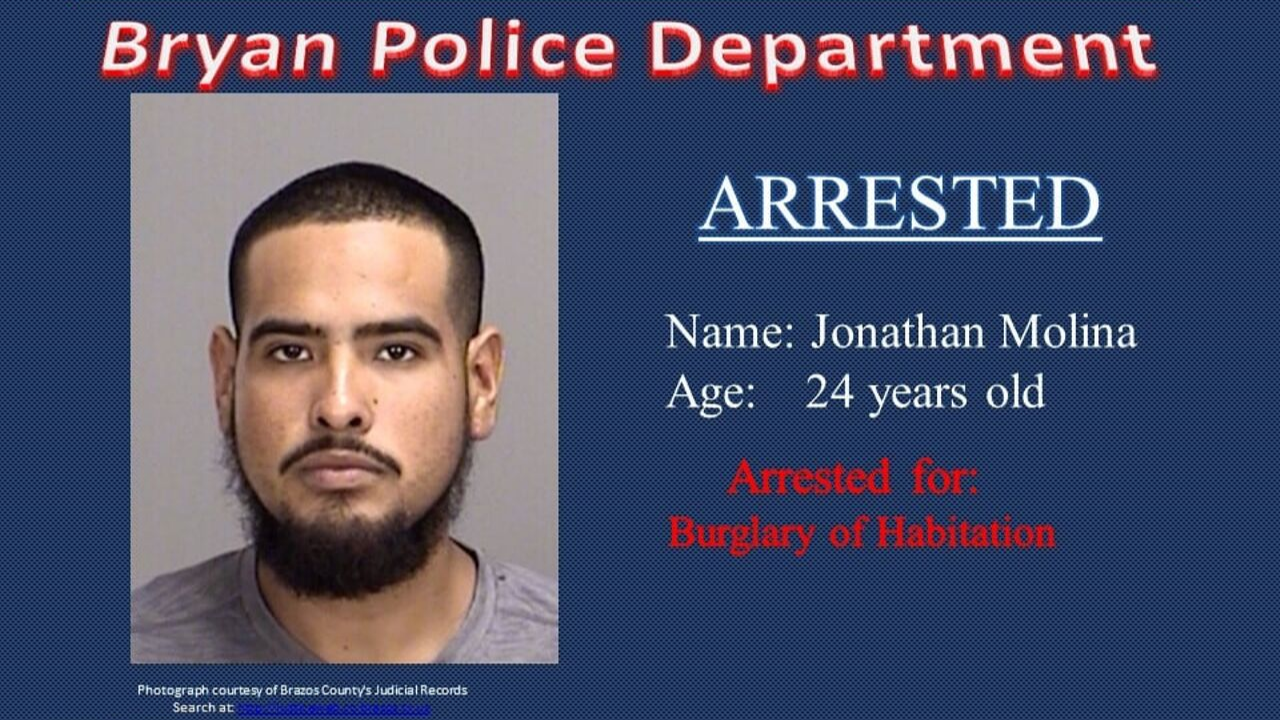 BRYAN, TX — A 25-year-old has been arrested after he allegedly walked into an apartment and talked with the person living there.

Twenty five-year-old Jonathan Molina of Bryan was arrested Thursday for burglary of a habitation.

Officials say on Sunday, September 8, an man entered an unlocked apartment and talked with the person living there. The suspect then left the apartment.

Police say the victim was not injured or assaulted.