Pollsters aim to fix mistakes of 2016 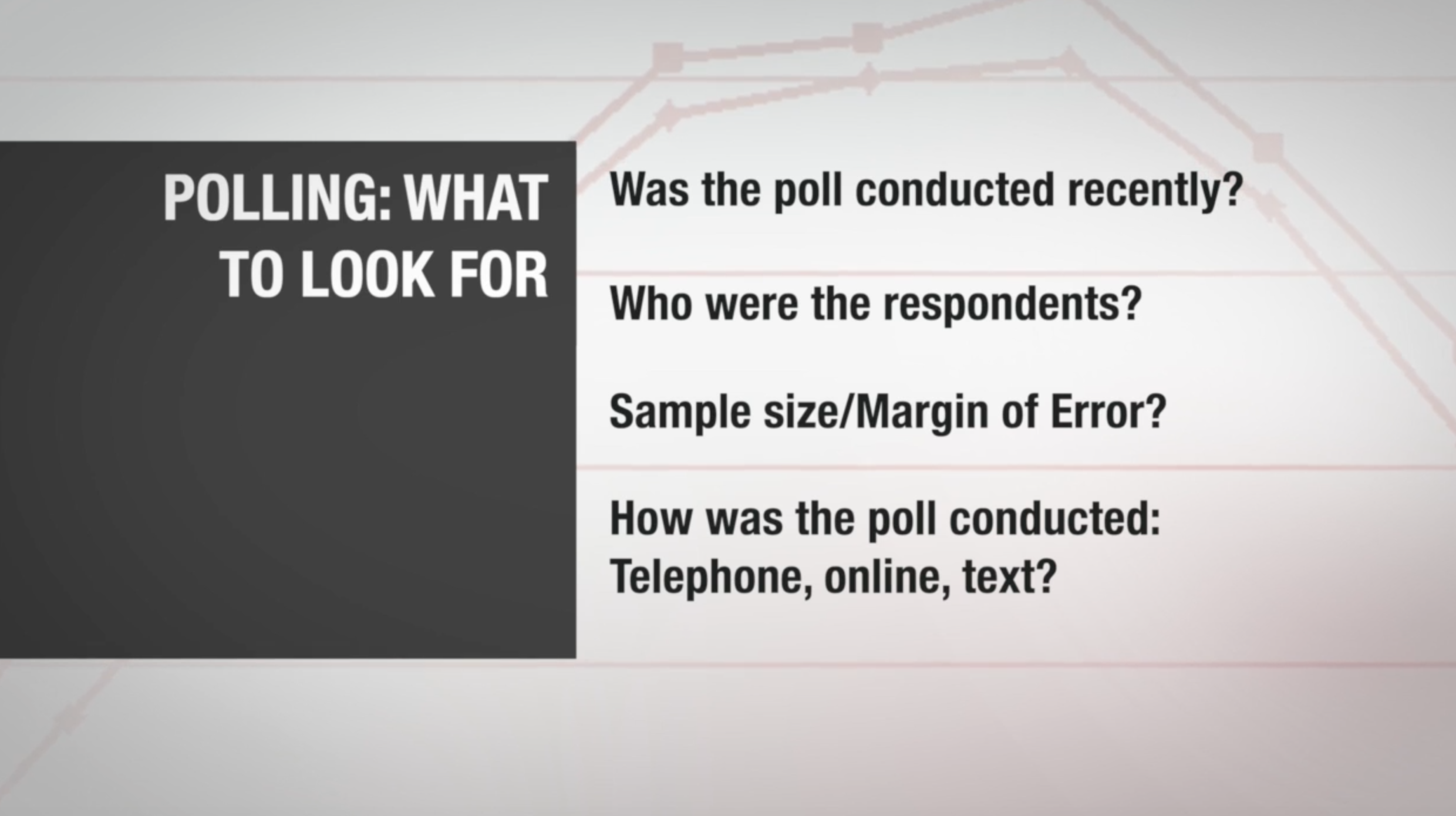 But pollsters say that polls like the one conducted by ABC News do not even tell the whole story.

“National polls are very helpful in giving us a sense of who might win the popular vote. In that regard, 2016 polls were relatively accurate,” said Emily Goodman is a principal at EMC Research, a nationwide polling firm.

Hilary Clinton won the popular vote by about 2.8 million votes or 2%. In the last week of the election, many polls had tightened to have Clinton winning by about 2 to 5 percent.

“One of the most important things to know about polls is that, they’re just a point in time, it’s a snapshot,” she said.

There are a few key things you should look for when it comes to polling, the first being you don’t win the presidency by winning the popular vote.

“The path to the presidency is by winning 270 Electoral College votes and that is why the state by state polling is incredibly important,” said Goodman.

So nationwide polling won’t tell you who will win. Instead, state by state polling is more helpful.

There’s also a few other things you should look for if you see a poll on the news, social media or other places.

One key thing there, how polling respondents are reached, and it’s one thing that a pollster who got the 2016 election right says is key.

“I don’t want the public face, I want what you really think because your real opinions are what go in that voting booth with you, when nobody is looking," said Robert Cahaly, the lead pollster for the Trafalgar Group,

He says in 2016, there was a group of hidden Trump supporters. He said it’s a result of what’s called the Social Desirability Bias.

“When you speak to a live person on the phone, you tend, especially when you know they know who you are, you tend to give an answer to a question that you think will make you look best in the mind of the person you’re talking to versus your true feeling,” he said.

Cahaley says to some people, being seen as a Trump supporter is so undesirable, they won’t tell the truth to people conducting polls on the phone. He’s seeing the same exact thing in 2020 he saw in 2016 and that traditional polling may not be accounting for this.

However, Goodman says that the industry is expanding how to reach respondents.

“What used to be the gold standard of telephone surveys, exclusively landlines, is no longer appropriate. Cellphones, but beyond just having someone just call up a voter on your cellphone, we’re also now including texting, emailing, that includes a link to take a survey online and using a mix of those methodologies really helps get a representative sample of likely voters,”

Both pollsters do agree on one thing however, this election will come down to turn out.

“A lot of this is really going to come down to turn out,” said Goodman.

“This thing has never been a persuasion election, I’ve said that from the beginning, it’s a motivational election. Whichever side turns out their people is going to win this race, and it’s that simple,” said Cahaley.