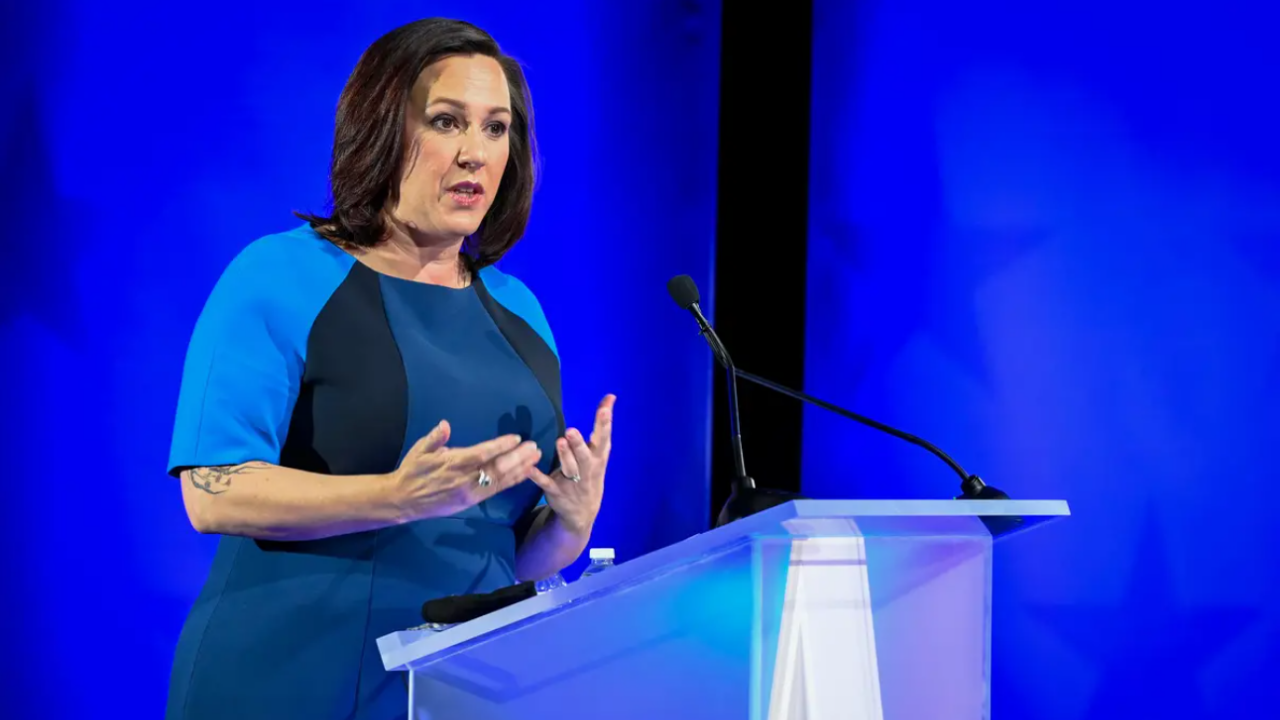 (Bob Daemmrich/Courtesy of Nexstar Media Group via The Texas Tribune)

MJ Hegar, the Democratic nominee for U.S. Senate in Texas, is keeping up her fundraising momentum as the race nears its end, according to the candidates' latest campaign finance reports.

Hegar outraised Republican incumbent John Cornyn by nearly 3 to 1 in the first two weeks of October, $3.7 million to $1.3 million. Also, she ended the period with a decisive cash-on-hand advantage, $6.9 million to $3.8 million.

Their spending was less lopsided during the 14-day period, with Cornyn unloading $5.6 million and Hegar $5.3 million.

The latest fundraising numbers come after a third quarter during which Hegar saw a financial breakthrough. She raised $14 million, a huge improvement of her past hauls that nearly doubled Cornyn's third-quarter fundraising, and erased his long-running cash-on-hand lead.

While Cornyn continues to lead polls by single digits, the race is seeing a late Democratic spending surge. Two national Democratic super PACs are pouring at least $12.5 million into the contest, and Hegar has been outspending Cornyn on TV for weeks. Early voting in the race started Oct. 13, and Election Day is less than two weeks away.

Cornyn has stepped up his attacks on Hegar in recent days. On Thursday, he released a video making an issue out of Hegar’s cursing on the campaign trail.

The 30-second spot opens with a few examples of MJ Hegar saying words like “ass” and “fuck” during campaign appearances — censored by Cornyn’s campaign — calling it the “MJ Hegar approach.” A narrator then contrasts her with Cornyn, saying his approach is to “treat people with respect.”

Hegar, the former Air Force helicopter pilot, was unapologetic in response to the video, issuing a tweet that featured four coarse words, ending with a promise to “send your ass home!”

Here's another ad for you, John!

You're a sell-out, and Texans see through your bullshit.
We're mad as hell that you tried to gut our health care.
It's a damn shame you've spent so long in DC you forgot what regular Texans sound like.

This article originally appeared in The Texas Tribune at https://www.texastribune.org/2020/10/22/Cornyn-hegar-fundraising/.