Maine is the first to use ranked-choice voting statewide.mp4 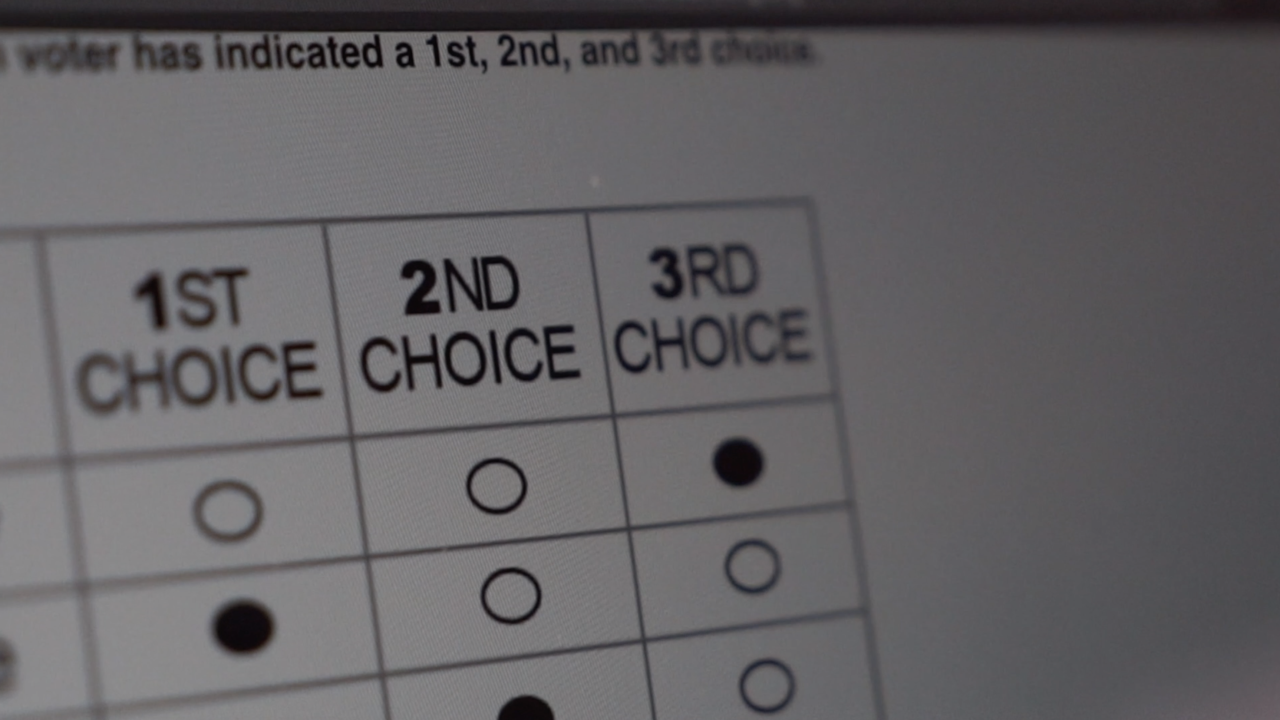 Voters in Maine are trying out a new election system this year.

What is ranked-choice voting? And how does it differ from how you fill out the more traditional “choose one,” or plurality, ballot design?

“Normally you'll have a grid of candidates, all the candidate names on the left side and all of your choice columns along the top,” said Chris Hughes with the Ranked Choice Voting Resource Center. “Once we get everybody's ballots in, you count up all the first choices. If anyone has the majority, they get 50% of all those first choices, then that person is the winner.”

However, if no candidate gets 50%, “you eliminate whoever has the fewest first choices and count the second choices on those ballots instead,” Hughes said.

Ranked-choice voting has already been used for some local elections in states like California.

Why is Maine making the change now, in the brink of a critical presidential race? It’s a decision that was made four years ago. In 2016, the Ranked Choice Voting Act was passed by Maine voters, which meant ranked-choice voting would be used in certain statewide elections going forward.

However, with every type of voting -- and there are many methods -- there are pros and cons.

“In simpler elections ranked choice voting is probably going to do a decent job. But in more complicated elections where there are a bunch of candidates and it’s a tight race you run more of a risk of anomalies occurring,” said Aaron Hamlin with The Center for Election Science.

What does this voting method mean for Maine, and the U.S. as a whole this election?

“Ranked choice is going to come into play in the United States Senate race here in Maine,” Brewer said.

That is, if one of the Senate candidates doesn’t receive a 50% majority vote.

“You don't have to start the reallocation process unless someone fails to get 50%,” he said.

This Election Day, five more cities and two states, Alaska and Massachusetts, will vote on using ranked-choice voting in their future elections as well.