Boy, 8, reunited with first responders that saved his life during COVID-19-related cardiac arrest 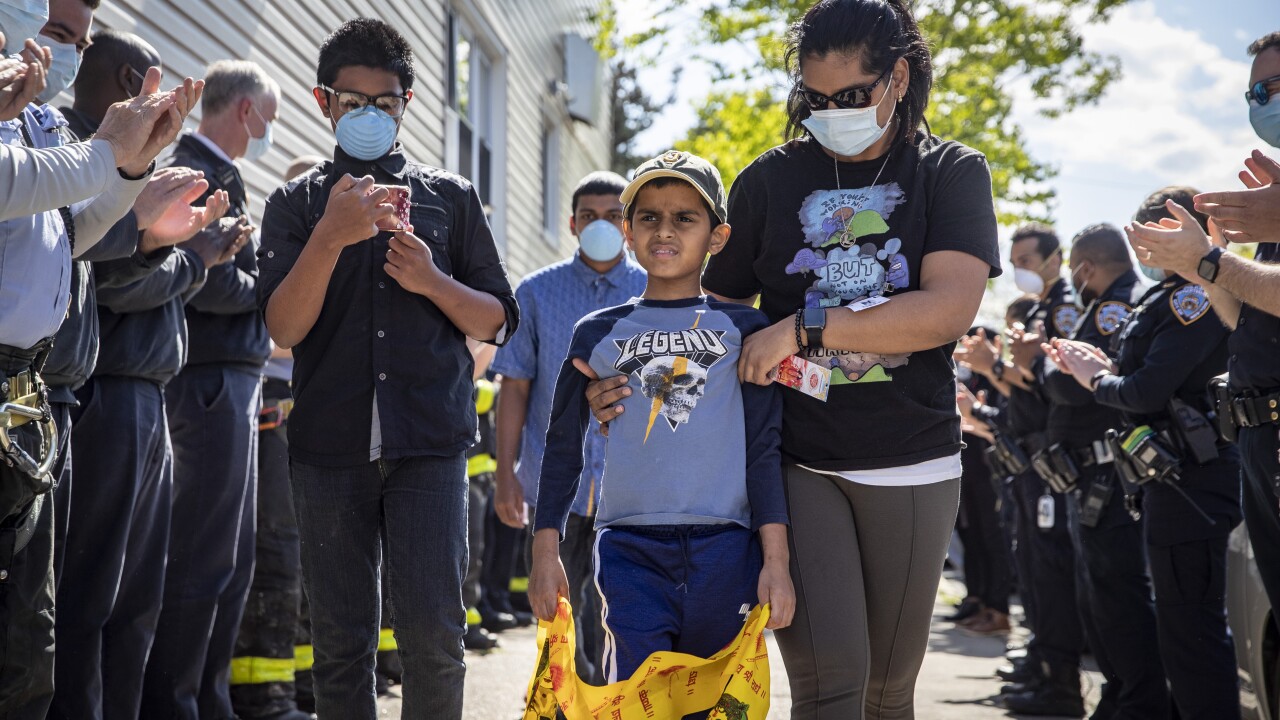 Copyright 2020 The Associated Press. All rights reserved.
John Minchillo/AP
Jayden Hardowar, 8, greeted by neighbors and members of the FDNY emergency services on his return home from hospitalization, Tuesday, May 12, 2020, in the Queens borough of New York. (AP Photo/John Minchillo) 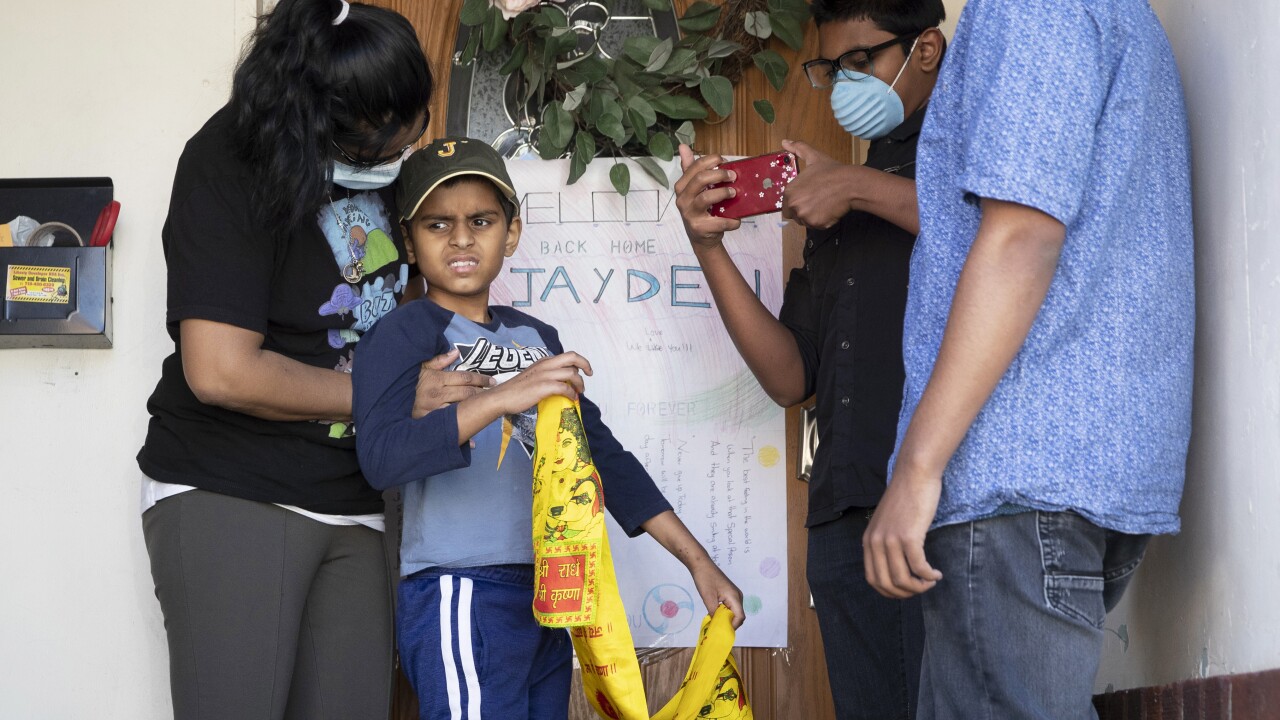 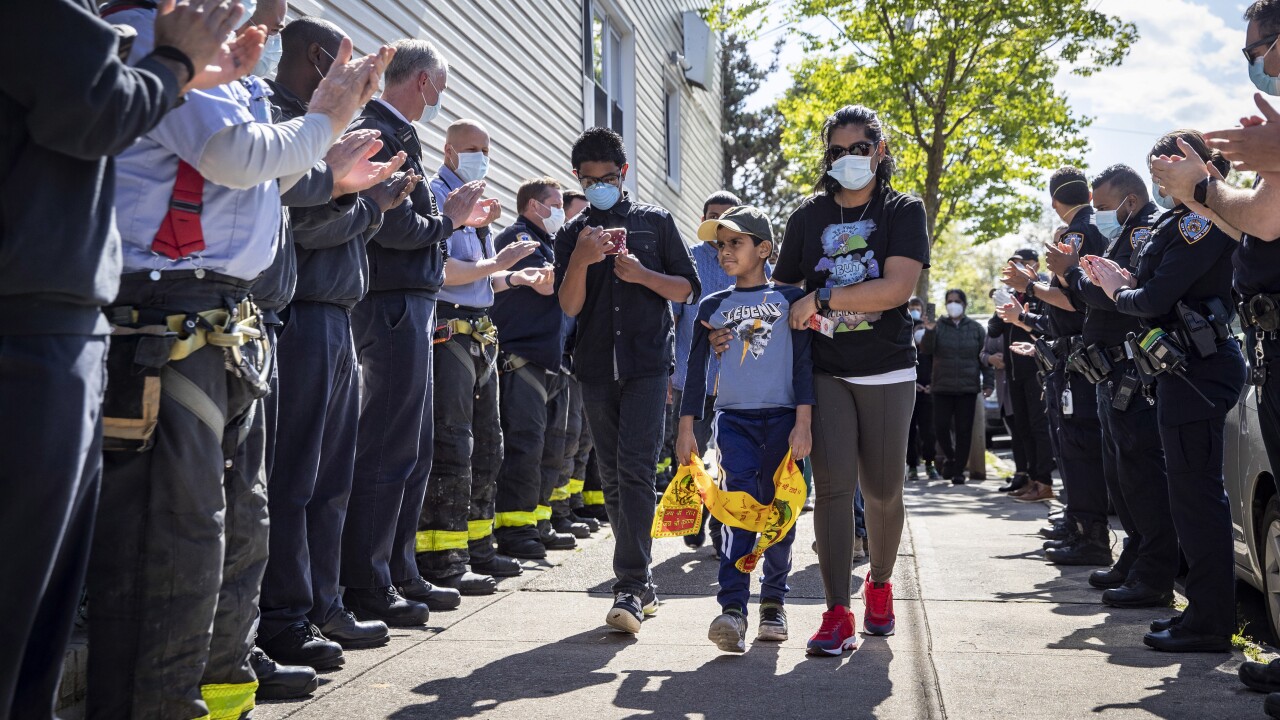 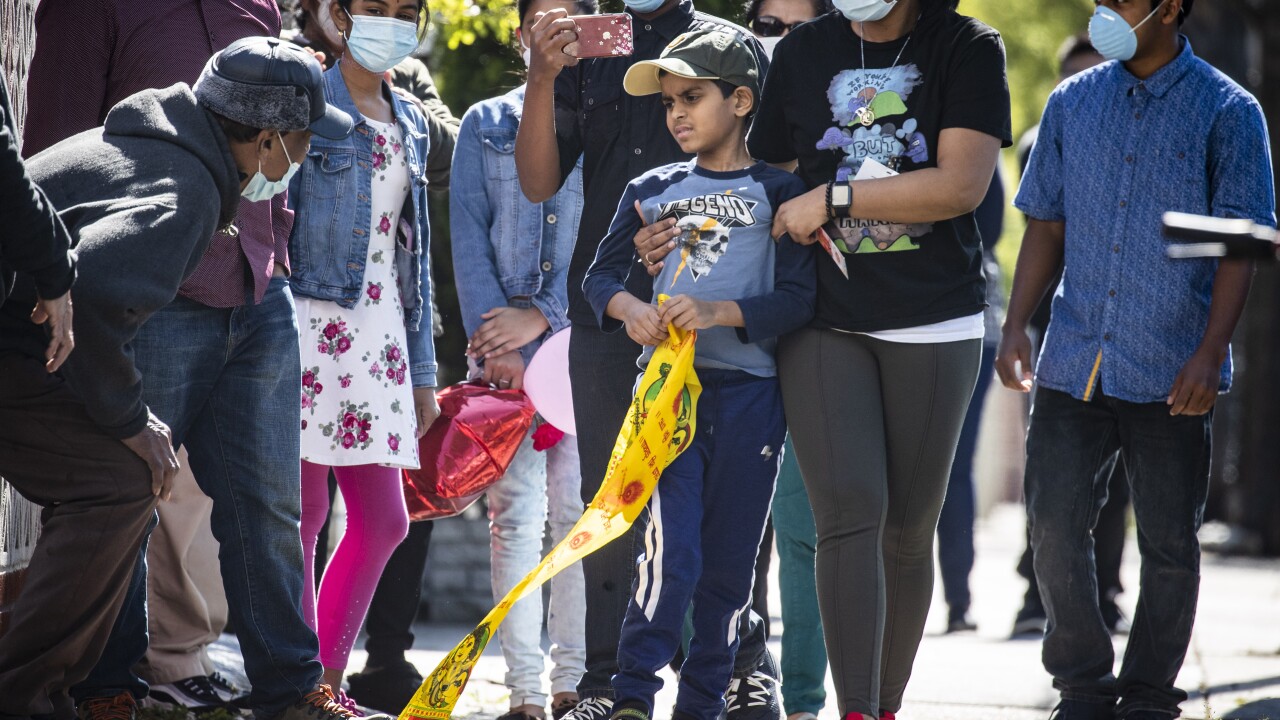 Firefighters in Queens helped save the life of an 8-year-old boy who went into cardiac arrest due to COVID-19, the FDNY confirmed Tuesday.

Jayden Hardowar, 8, of Queens, was recently released from the hospital, and he and his family reunited with the FDNY and NYPD members that helped save him.

“It’s a bit emotional," said Fierefighter Thomas Gonzales of Engine 294. "I have an eight year old daughter. To see this young patient and knowing they’ll be ok is a happy story. It’s very moving. This is our job. We’re here to help and we’re here to make a difference.”

Gonzalez said when Hardowar was ill, the FDNY got a call for a pediatric cardiac arrest.

When first responders arrived, they administered rescue breaths and CPR and used an AED to shock the child.

Paramedics from Jamaica Hospital then arrived on scene, and took Hardowar to the hospital.

"Everything worked out," Gonzales said. "It's a god thing to see after all the death we have seen the past few months. We're all in this together and taking care of each other."

The reunion included Hardowar, Gonzales, and members of Engine 294, Ladder 143, Battalion 51, Division 13 and the NYPD.

This article was written by Corey Crockett for WPIX.