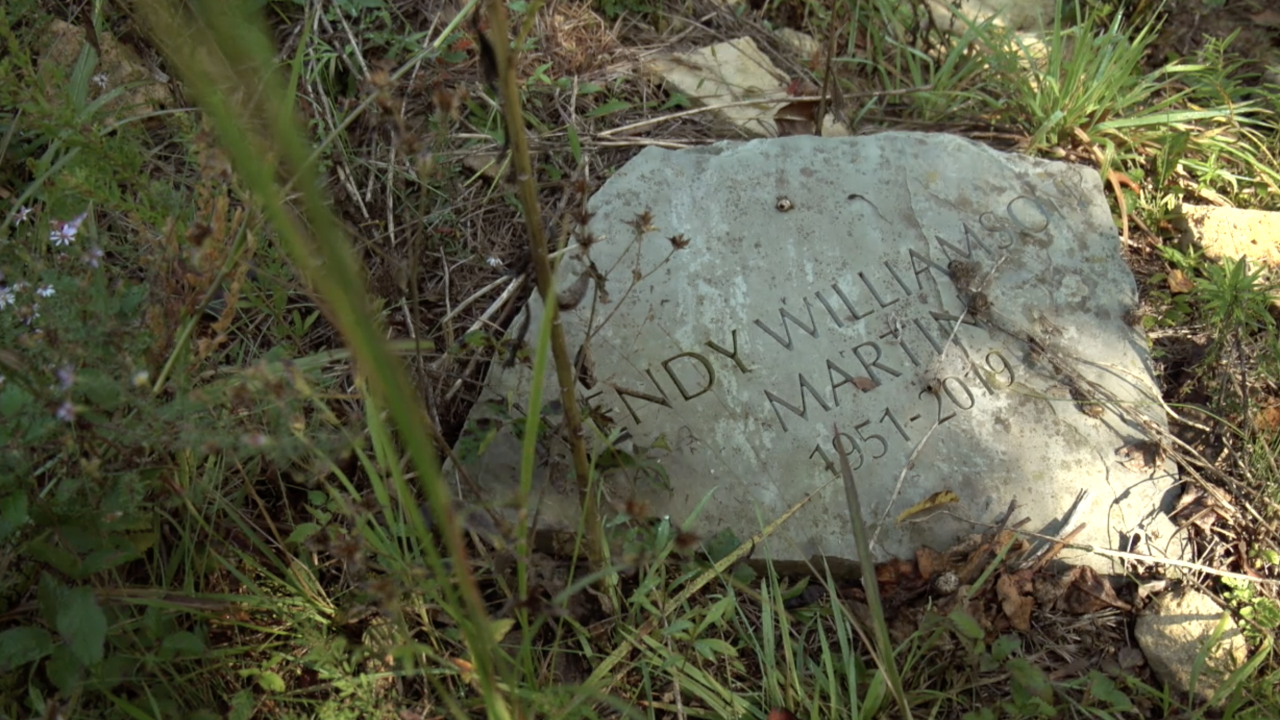 It is the silence that John Christian Phifer loves the most as he walks around the 120 acres of a nature preserve in Gallatin, Tennessee. He considers himself a caretaker of the land.

But in these rolling Tennessee hills, if you look close enough, you can see that it's not just the land Phifer is caring for.

There are 50 people buried throughout Taylor Hollow, all of which are natural burials. Their graves are marked by simple stones, and there are no expensive caskets. Many of the people buried here were wrapped in quilts or buried in beds of wildflowers.

It’s a simpler way to say goodbye, and in recent months, this type of burial is gaining popularity.

"I think with COVID, one of the things everyone has done is they’ve started thinking about making a plan," Phifer said as he walked through one of the wooded paths.

Phifer works for Larkspur Conservation, a nonprofit that describes itself as Tennessee's first nature preserve for natural burials. On this hallowed ground, only green burials are allowed to take place.

The pandemic has led to an increase in the number of people looking at natural burial options. Natural burials are also giving families a way to grieve and mourn safely outside during the COVID-19 pandemic.

There is also a cost aspect that's driving the increased rise in natural burials. As many American families struggle financially, natural burial offers an end-of-life option that's around $4,000. It’s much less than a traditional burial, which usually runs around $12,000.

There’s also an environmental draw to all of this. Every year, American bury about 73,000 kilometers of hardwood boards, along with 58,000 tons of steel and 1.5 million tons of concrete. Natural burials are often much safer for the environment

"It’s not going to be for everyone, and that’s OK,” explained Phifer. “We’re just another tool in working through the end of life.”

And while planning for the end is never easy, Phifer sees this as one place people can start.