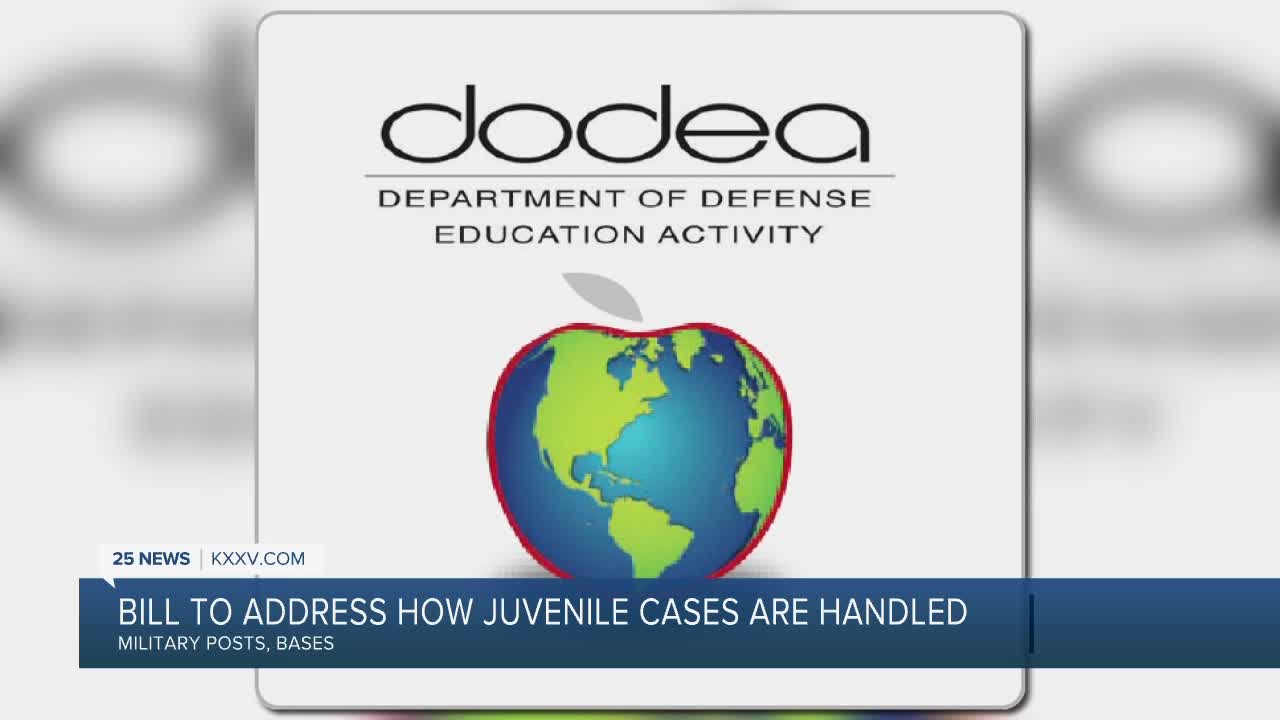 FORT HOOD, TX — Recent events at Fort Hood have shed light on how military bases deal with sexual harassment and other issues.

Now a bill is in the works to address crimes that happen among juveniles on post.

For over 71-thousand students of active duty military families, schools on post-run under the Department of Defense Education Activity.

That means if there's any child-on-child crime such as assault or rape on a military installation, it falls under federal jurisdiction, which has no statutes for juvenile law.

"To do nothing, because there's no jurisdiction, that's unacceptable," says Texas Congressman John Carter.

Carter is introducing a bill to hold child offenders accountable.

The bill would include local authorities when dealing with child-on-child incidents.

"You can't let serious criminal acts go undealt with just because they happen to take place on the post of 35-thousand soldiers," says Carter.

A recent report by the inspector general revealed between 2015 and 2017 DoDEA administrators failed to report over 600 serious child misconduct incidents to headquarters, installation commanders, or law enforcement.

"I think there's a cause for concern there, you don't want a void in the system where juveniles just aren't looked after as they are in the stateside." says criminal defense attorney, Cody Cleveland.

"As long as their resources are there, and they have the manpower to do it, they have the experience to know what to do with those cases," says Cleveland.

Representative carter is also working to provide counseling support services to victims and offenders involved in any serious misconduct incident.

At Fort Hood, the Post has a unique partnership with the Killeen Independent School District. They released the following statement:

"Killeen ISD and Fort Hood established a partnership in 1975 allowing KISD to operate the campuses on Fort Hood. All campuses on Post are Killeen ISD campuses and fall under our district regulations. The agreement allows KISD Police to work with the Military Police on Post to aid with training, fire, and safety support. KISD is grateful for the unique agreement and we will continue to proudly serve the families on Fort Hood, while ensuring the safety and health of all children."