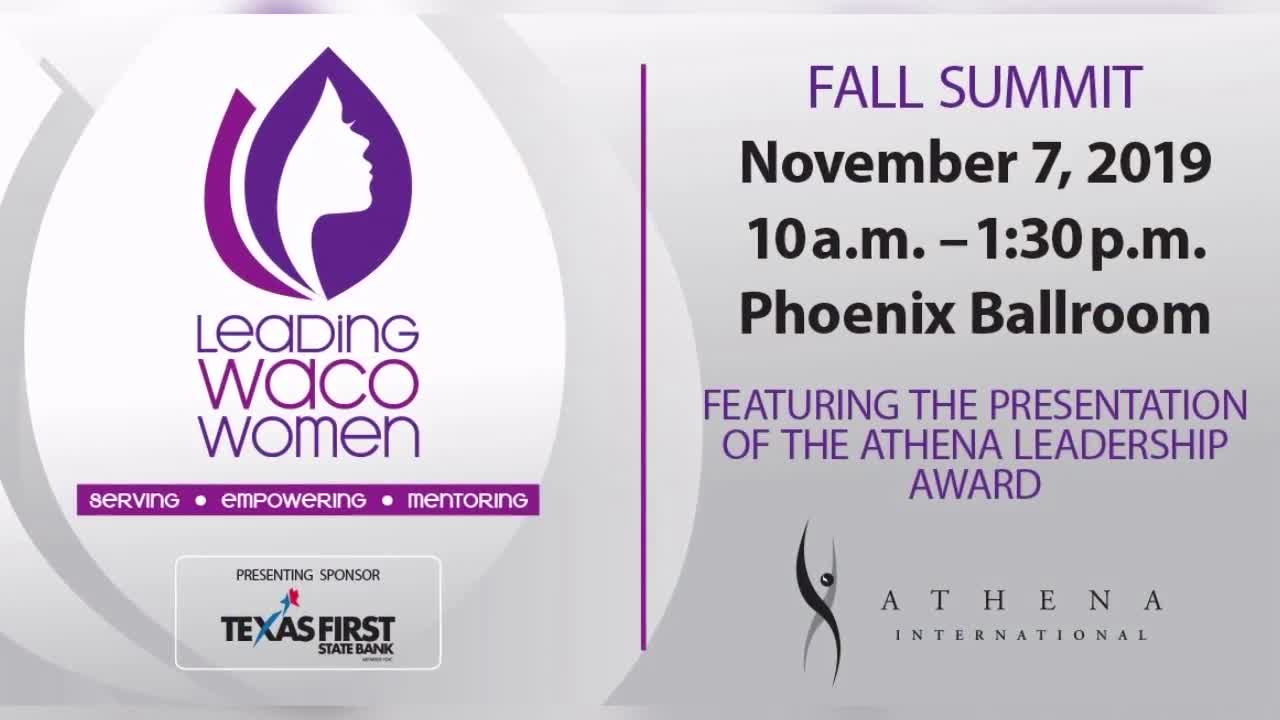 The ATHENA Award was first presented in 1982 in Lansing, Michigan. It has since grown to include more than 5,000 individuals across the United States, Canada, China, Russia and the United Kingdom. The award takes the form of a hand-cast bronze sculpture symbolizing the strength, courage and wisdom of the recipient. This is the second year for the ATHENA award to be given out in Waco. The presenting sponsorship for Leading Waco Women is provided by Texas First State Bank.

This year the four finalists, out of the 37 women nominated for the award, are Dr. Soo Battle, medical advisor with the Advocacy Center for Crime Victims and Children, Deborah McGregor, chief executive officer with Care Net Pregnancy of Central Texas, Rosemary Mayes, president of RM Mayes LLC. and Rachel Woods J.D., president of Leadership Trek Corporation.