Protester arrested moments after telling police he loves them, he's not their enemy 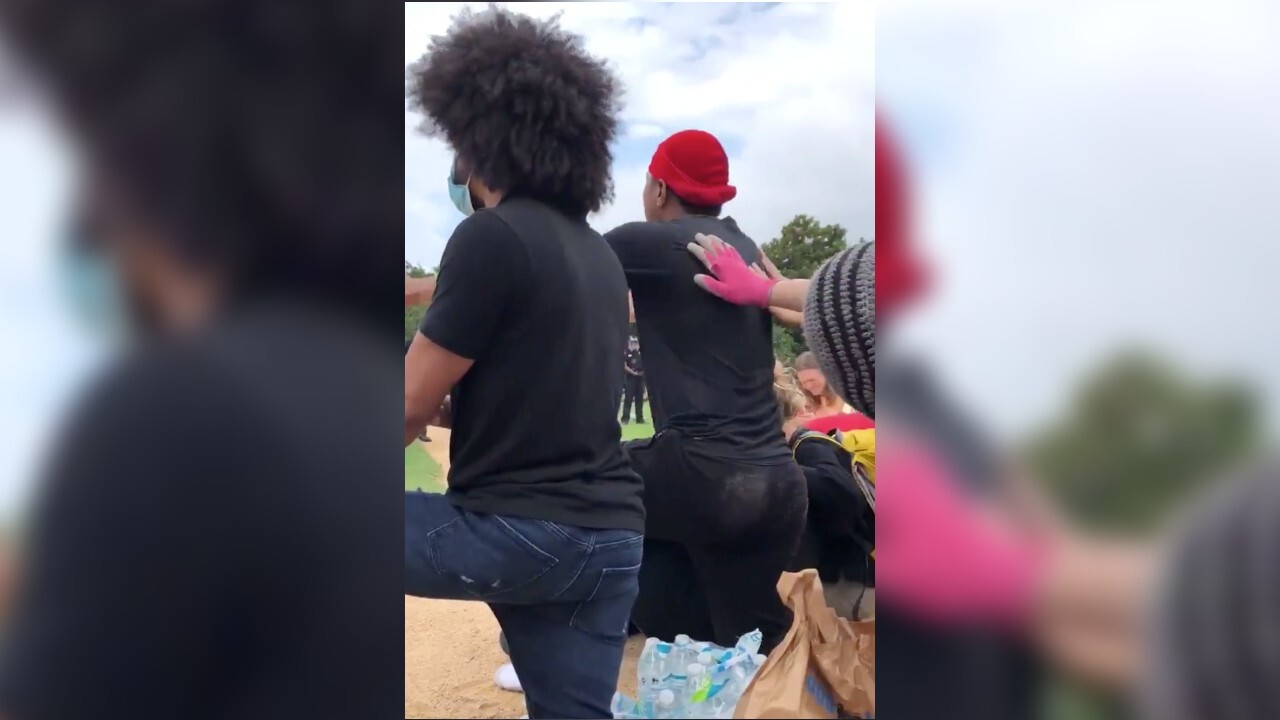 CHARLESTON, S.C. – Moments after a South Carolina protester emotionally told police he was not their enemy and that he loved each of them, the officers took the man into custody Sunday.

In a video circulating online, Givionne “Gee” Jordan is seen taking a knee at a Charleston park and pleading for the officers to help both sides understand each other’s perspective.

“We are all people. All of you are my family. All of you are my family. I love each and every one of you. I cry at night because I feel your pain,” said Jordan. “We’re all scared. Black, white, cop, doesn’t matter, we’re all scared. We’re living in fear. We’ve got to stop living in fear. I am not your enemy. You are not my enemy.”

Surrounded by his fellow demonstrators, Jordan continued his emotional speech until the officers stepped forward, pulled the 23-year-old to his feet and placed him under arrest.

please watch. please listen closely. if anyone has any information on this man / a link to his go fund me please let me know. this is absolutely not okay. we will not be silenced. pic.twitter.com/t2h6FovmoL

Arrest records show Jordan was charged with disobeying lawful order before posting a $465 bond and being released early Monday morning.

In an interview with The Post and Courier, Jordan said he was among a crew who volunteered to clean up the downtown area Sunday morning. Afterwards, he headed to Marion Square where the crowd of about 200 gathered and that’s where the arrest took place.

Jordan told the newspaper that his plan was to get all the people with him to kneel to show the cops that they were not a threat and that they “just want to make the world better.”

The Post and Courier also spoke with the Charleston police chief, Luther Reynolds, who defended the actions of his officers. He said the two-minute viral video doesn’t show the full story. According to Reynolds, the police specifically asked protesters to disperse numerous times and said they would be arrested if they didn’t.

It appears that Jordan was one of the only protesters taken away in handcuffs. The police chief didn’t say why officers singled him out of the crowd.

This Charleston protest is among many that have been held across the country in reaction to the killing George Floyd in Minneapolis. A video captured the moment an officer pressed his knee on the 46-year-old's neck for several minutes as he said, "I can't breathe," a phrase now repeated by demonstrators calling for justice and an end to police brutality.