J.J. Watt could return for the playoffs, says new report 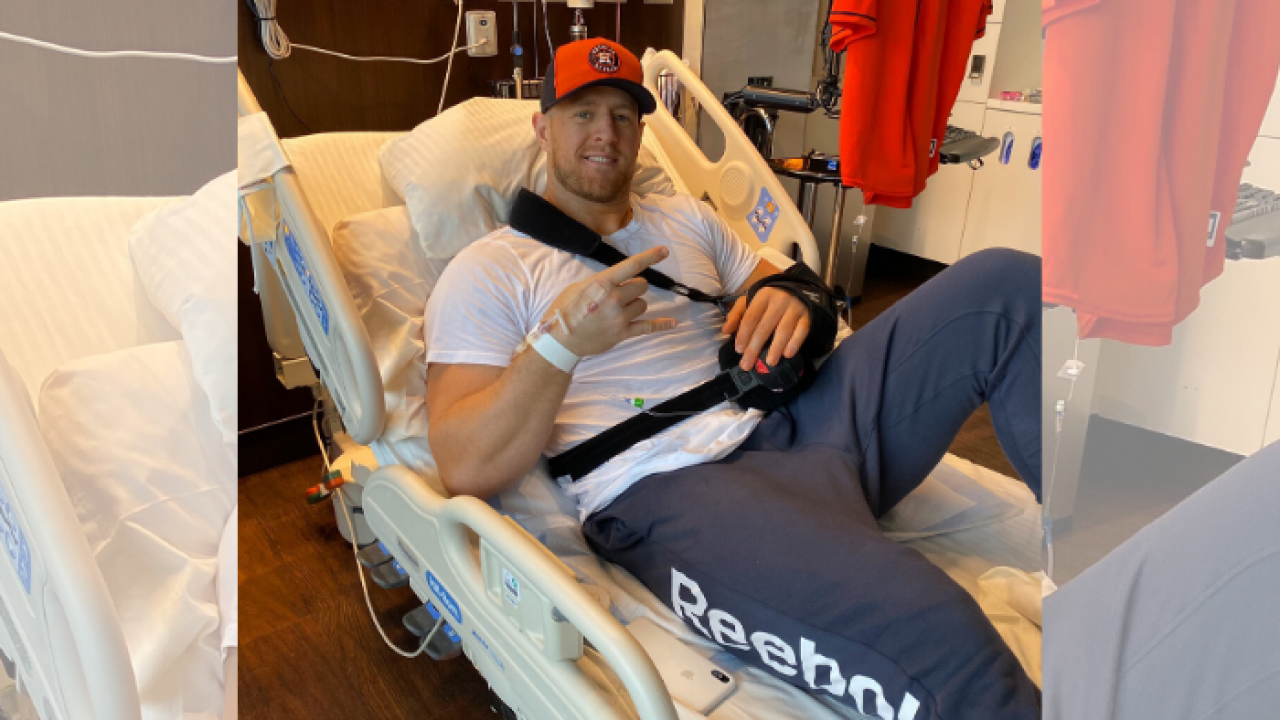 HOUSTON, TX — J.J. Watt, who recently was said to be out for the season, could return sooner than previously thought.

On October 27, after tearing his left pectoral, J.J. said he was "gutted" thinking he may have to miss the rest of the season.

This game can be beautiful and it can also be brutal. Absolutely gutted that I won’t be able to finish the season with my guys and give the fans what they deserve. I truly love this game and can’t stand letting you guys down. Thank you for all of the thoughts & well-wishes.

The next day, he had surgery, saying "Everything went smooth with the surgery, thank you for all the kind words." ...And saying, "If I tweet anything crazy during the Astros game tonight, just blame it on the pain meds"

Everything went smooth with the surgery, thank you for all of the kind words.

If I tweet anything crazy during the Astros game tonight, just blame it on the pain meds 😂😂 pic.twitter.com/wJnZWkby8z

Sources say the Houston Texans has left its last injured reserve/designated to return spot open for Watt, in hopes he can return to the field for the playoffs, according to a report by the NFL Network .

We can only hope it's true, so let's keep hoping for a quick recovery by J.J. Watt -- and that he's back on the field by playoffs time!