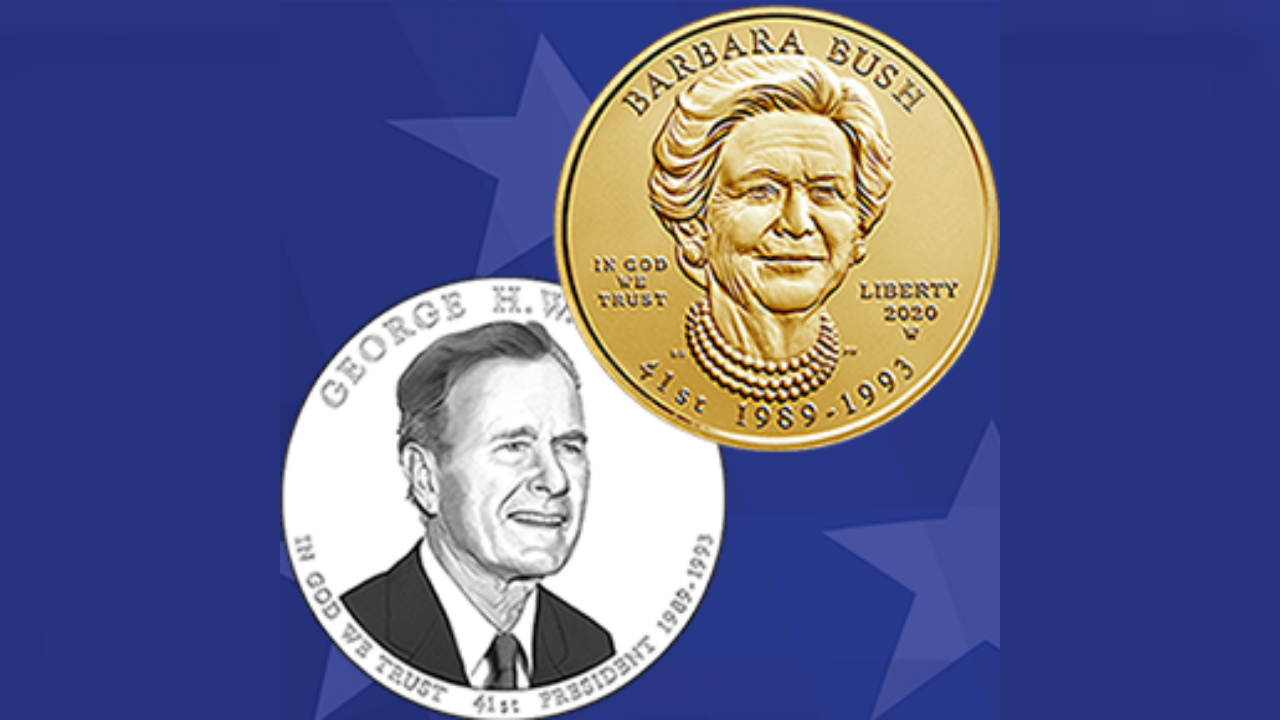 The United States Mint has announced the designs for the George H.W. Bush Presidential $1 Coin and the Barbara Bush First Spouse Gold Coin.

Public Law 116-112 authorizes the Mint to strike and issue the coins.

The coin bears the common reverse (tails) design featuring a rendition of the Statue of Liberty, designed and sculpted by former Mint Sculptor-Engraver Don Everhart.

The inscriptions “2020,” “E PLURIBUS UNUM,” and the mint mark are incused on the coin’s edge.

The obverse design of the First Spouse Gold Coin honoring Barbara Bush features her portrait with the inscriptions “BARBARA BUSH,” “IN GOD WE TRUST,” “LIBERTY,” “2020,” “41st,” and “1989-1993.” The design was created by AIP artist Benjamin Sowards and sculpted by Mint Medallic Artist Phebe Hemphill.

The reverse sign depicts a person reading with an open road before them in homage to Mrs. Bush's advocacy for family literacy. The open book symbolizes literacy, education and knowledge, while the road symbolizes the future and journey of life. The sun in the distance is the promise of a brighter future.

The Barbara Bush First Spouse Gold Coin will be available for purchase beginning on August 20 at noon EDT. The on-sale date for the George H.W. Bush Presidential $1 Coin will be announced later this year.