“The stakes could not be higher”: Judge threatens to lock up Texas prison officials over air conditioning violation 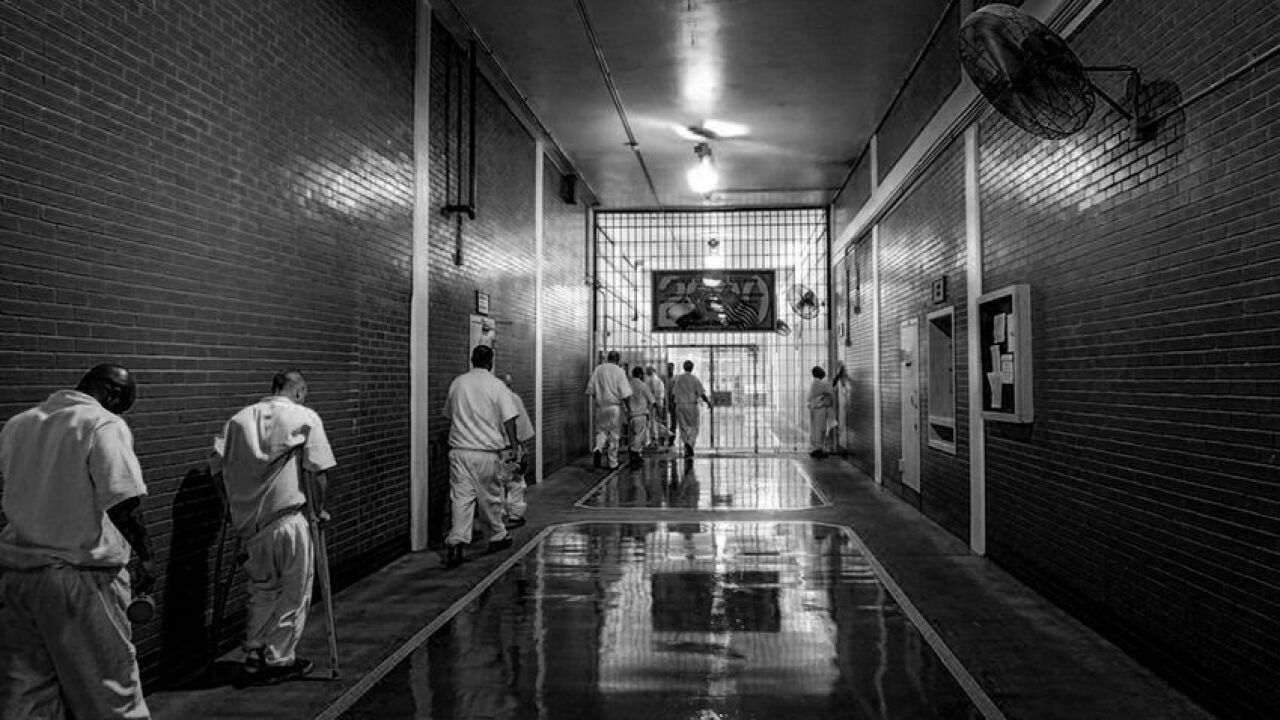 Inmates shuffled past fans in the Darrington prison&#39;s main hallway on a hot July day. Jolie McCullough / The Texas Tribune

"“The stakes could not be higher”: Judge threatens to lock up Texas prison officials over air conditioning violation" was first published by The Texas Tribune, a nonprofit, nonpartisan media organization that informs Texans — and engages with them — about public policy, politics, government and statewide issues.

“It seems the most obvious sanction is pretty straightforward,” he said in an emergency hearing in his Houston courtroom. “We ought to have prison officials in prison at the same temperature.”

The hearing was the latest development in a five-year lawsuit over the heat in one of 75 Texas prison units that do not have air conditioning in inmate housing areas. In 2014, several inmates at the William Pack prison near College Station sued the Texas Department of Criminal Justice for keeping prisoners in uncooled housing where temperatures routinely surpassed 100 degrees.

The department has reported nearly two dozen prisoner heat-related deaths since 1998, and at least one other death was reported to be caused by heat last year, though the department has contested that finding and said a final autopsy is still pending. As of Aug. 28, TDCJ reported 56 heat-related illnesses this year for prisoners and employees. Agency spokesman Jeremy Desel said that number is down significantly from last year, when there were 71 incidents.

Ellison agreed with the inmates in 2017 that the high temperatures were cruel and unusual punishment, and he ordered that the prison system place the men in the unit in air-conditioned housing. He also ruled TDCJ had been deliberately indifferent to the potential harm the heat could cause to inmates.

The judge applauded the department after a settlement was reached in 2018 to air condition the Pack unit. But he has since returned to issuing scathing orders and comments on the department’s violations of his order to keep cool the nearly 900 inmates left in the class-action lawsuit, regardless of which prison facility they are in. On Friday, he said some of those inmates were in “grotesque conditions” and questioned if the agency had misguided priorities in a situation where “the stakes could not be higher.”

“I thought the last hearing and the last order would be sufficient to get people’s attention,” he said, referring to emergency action taken last month after reports of nearly 40 inmates housed with a long-broken air conditioner. “What can I do to get the state’s attention?”

Friday’s hearing was set Thursday after the inmates’ attorneys filed a lengthy motion to find prison officials in contempt and fine them, claiming the agency repeatedly kept inmates in the settlement in sweltering temperatures and then tried to cover up the violations.

“This is not a mere compliance issue — this is a life and death issue,” the inmates’ lead attorney, Jeff Edwards, told the judge Friday. “Someone is going to die because of one of two things: utter incompetence that I haven’t seen in my practice of law — and I’ve seen a lot — or utter indifference.”

No one from TDCJ or the Texas Attorney General’s Office appeared at the quickly set hearing, but Assistant Attorney General Leah O’Leary spoke at the hearing on the phone. She claimed the department was in the process of moving many of the inmates who were part of the lawsuit and no longer at the Pack Unit back to that prison, where air conditioning has since been installed and a temperature reporting system is in place. For the prisoners who are not at the Pack Unit — 81, according to the inmates' lawyers — the department is planning to install thermometers at their units to be able to record and ensure that the heat index, which also includes humidity, stays at or below 88 degrees, as is required by the settlement order.

Before the judge issued any fines or other sanctions, like jailing prison officials, O’Leary asked for more time to answer questions about temperatures and conditions in response to the motion filed the day before.

“We understand that civil sanctions are something you intend to impose here,” O’Leary said. “We hear your message, you have our attention.”

Ellison, who sat with a rigidly furrowed brow throughout the hearing and regularly rubbed his forehead in frustration, said he doubted he had TDCJ’s attention, but he held off on any immediate punitive decisions. He questioned the effect of fines, as requested by Edwards, since the money would come from taxpayers, not out of officials’ pockets. If he decided to hold officials in contempt of court, the inmates' lawyers said after the hearing Friday that they would likely be held at a federal detention center — which is air conditioned.

The judge set another hearing for Tuesday afternoon for TDCJ to update him on the situation and report temperatures from each of the 12 units housing inmates in the lawsuit. He also ordered that the wardens of those units at least phone in and testify under oath, subject to penalty of perjury, about heat conditions and compliance with the court order.

“If that’s not done, then I think I have no option to award sanctions forthwith,” he said.

A TDCJ spokesman said after the hearing that the agency was working to compile the requested information and will provide testimony at the hearing Tuesday.

The lawsuit and settlement apply only to the Pack Unit and the inmates who were housed there during the time of the lawsuit. But Ellison has raised overarching concerns about a lack of air conditioning in Texas prisons at recent hearings.

Although Ellison acknowledged he is limited to the class in the lawsuit, he said last month that TDCJ should have taken immediate steps to fix a broken air conditioner at another prison because heat conditions were so severe. On Friday, when Edwards mentioned the air conditioner was still broken and criticized TDCJ for focusing on installing thermometers instead of fixing air conditioners, Ellison interrupted.

"I quite agree that TDCJ should on its own be moving to air condition all prisons, but I’m not going to order that. I don't have the authority to order it," he said.

This article originally appeared in The Texas Tribune at https://www.texastribune.org/2019/09/06/texas-prison-officials-threatened-prison-air-conditioning/.