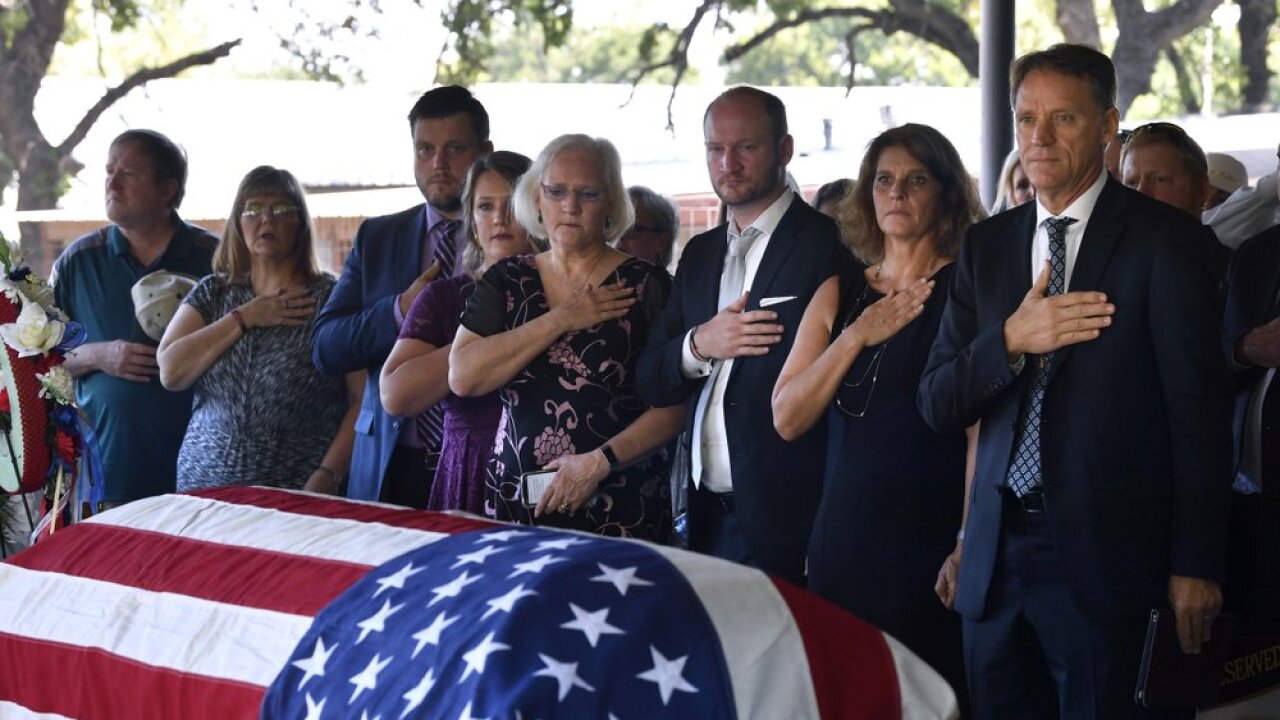 Family members of Col. Roy Knight Jr. stand as the national anthem is played during Knight&#39;s memorial service in Cool, Texas, on Saturday, Aug. 10, 2019. Knight was shot down over Laos in 1967 while serving as a U.S. Air Force pilot in the Vietnam War. In February, Knight&#39;s remains were recovered and identified, then flown home last week for burial at Holder&#39;s Chapel United Methodist Church. (Ronald W. Erdrich/The Abilene Reporter-News via AP)

U.S. flags and patriotic songs helped honor an Air Force pilot from Texas whose plane was shot down in 1967 during the Vietnam War and his remains identified earlier this year.

Col. Roy Knight Jr. was remembered Saturday during services in the town of Cool, near Weatherford, about 100 miles (161 kilometers) west of Dallas.

Knight was shot down over Laos in May 1967. His remains were flown Thursday to Dallas Love Field on a c ommercial jet piloted by his son , Southwest Airlines Capt. Bryan Knight.

A military portrait of Knight was displayed beside his coffin. The Abilene Reporter-News reports some mourners left coins on Knight's headstone to show respect for the fallen pilot and his family.

The service included a number of Knight's relatives born decades after his death.