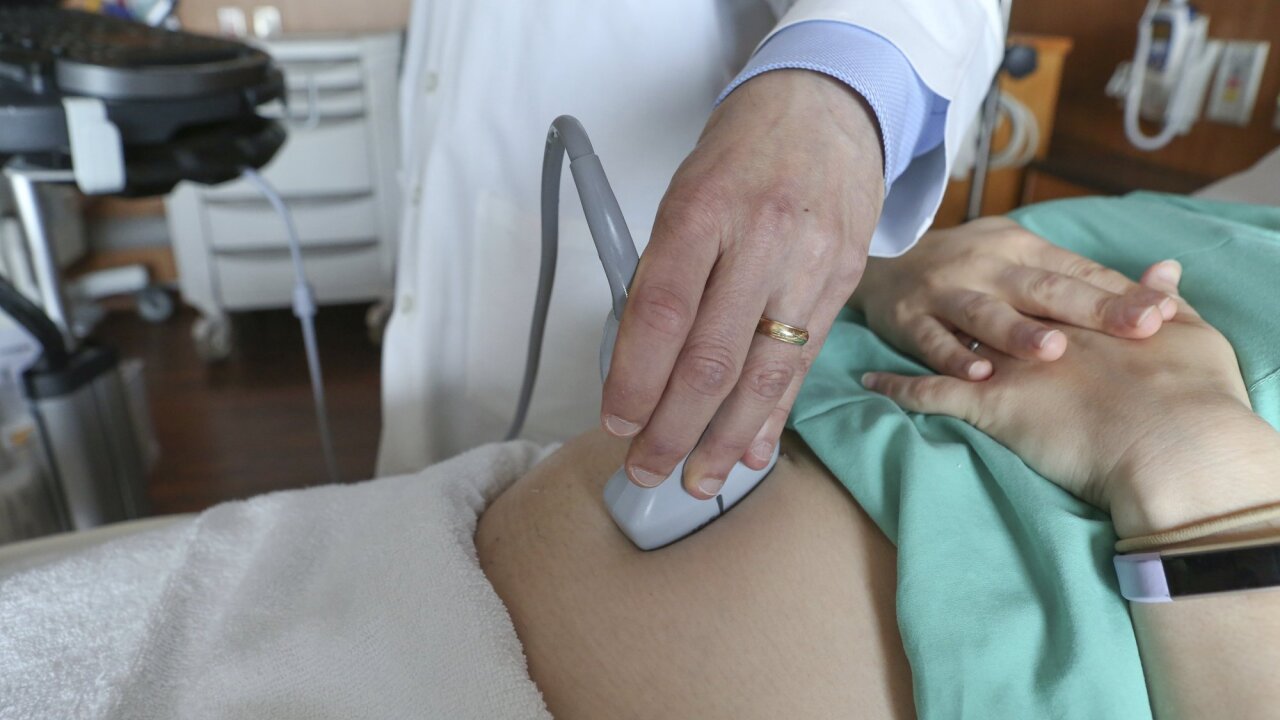 (Copyright 2020 The Associated Press. All rights reserved. This material may not be published, broadcast, rewritten or redistributed.)
Teresa Crawford
FILE - In this Aug. 7, 2018 file photo, a doctor performs an ultrasound scan on a pregnant woman at a hospital in Chicago. According to a report released by the Centers for Disease Control and Prevention on Tuesday, May 7, 2019, in about 17 out of every 100,000 U.S. births each year, the mother dies from pregnancy-related causes - around 700 deaths a year. But the rate has been slowly climbing for decades. The rate was around 12 per 100,000 a quarter century ago. (AP Photo/Teresa Crawford)

State health officials walked back a plan to cut $15 million in funding from health and safety net programs, including services that offer low-income Texans access to birth control and cancer screenings, and support families of young children with disabilities or developmental delays.

They are instead looking at other belt-tightening measures this year to find savings — and continuing to focus cuts on the agency’s administrative budget — under a revised proposal released Monday.

The latest proposal — part of a state-mandated budget reduction to weather the coronavirus pandemic — comes after lawmakers and advocates warned the previous plan would hurt vulnerable Texans and criticized top state officials for propelling the process without formal input from the Legislature.

The new plan says the Texas Health and Human Services Commission received “feedback” from numerous stakeholders and found “alternative savings opportunities.” The agency also has more “financial certainty” after the close of the fiscal year two weeks ago, the budget proposal said.

Gov. Greg Abbott, Lt. Gov. Dan Patrick and outgoing House Speaker Dennis Bonnen asked state agencies in May to reduce their budgets by 5% as the coronavirus battered parts of the economy and left Texas with a projected deficit of $4.6 billion. Several state agencies responding to the virus and its economic fallout were exempted from the mandate, as were critical programs like child protective services and much of the health commission’s two-year budget, which includes about $29 billion in state funds.

Bonnen said a public hearing will be held to discuss the cuts, though money has already dried up for at least one program — a mobile unit for stroke patients whose director said funding was supposed to arrive Sept. 1 for the next fiscal year.

“The legislative budget board is statutorily required to hold a public hearing for the purpose of discussing interim cuts before they are finalized," the speaker said in a statement. "The House will follow the proper process and notice requirements so the public can be heard.”

Texas’ Republican leadership asked the health commission to come up with cuts worth about $133 million in state funds. Most of the commission’s proposals have focused on reducing administrative costs, shrinking its workforce and letting unspent funds lapse.

But in the initial plan, officials also suggested direct cuts to women's health and other programs, worth about 11% of the total reductions. Advocates and lawmakers feared the loss of funding could lessen oversight of child care facilities, make it more difficult to sign families up for health insurance or food benefits and reduce access for low- and middle-income women seeking contraception, postpartum treatment or checks for diabetes, breast and cervical cancer, and sexually transmitted infections.

A proposed cut of $3.8 million from women’s health programs would have left fewer Texans receiving birth control or cancer screenings, a budget document obtained by The Texas Tribune said.

State Reps. Sarah Davis, R-Houston, and Donna Howard, D-Austin, said the cuts to women’s health were not financially prudent, given the programs saved Texas an estimated $20 million in the 2019 fiscal year by averting births with contraception and family planning.

State Sen. Jane Nelson, R-Flower Mound, responding on Twitter to a Tribune report, said the health commission should “go back to the drawing board” to preserve funding for women’s health, and that it would remain at an “all-time high” as long as she chaired the powerful finance committee.

Health commission spokesperson Christine Mann did not immediately respond to a request for comment on the new plan, but has said that agency is “deeply committed to ensuring budget reductions have minimal impact on the Texans we serve every day.”

“We’re equally mindful of the financial responsibility we have to Texas taxpayers as we face the economic challenges brought on by this pandemic,” she has said.

The agency’s latest plan assumes the $15 million previously cut from programs can now be almost entirely absorbed by funds left unspent at the end of each fiscal year.

Reductions to other services — like administration and regulatory oversight — could still affect low-income Texans. Shrinking the agency’s workforce that reviews applications for assistance programs could delay services and risk the state running afoul of federal guidelines that require needy Texans to be quickly enrolled, for example. A summary of the agency’s initial proposal conceded that some hiring freezes “would have a significant impact on the agency’s mission.”

In all, the agency proposed cutting about $54 million from its administrative budget, including regulatory oversight and benefits enrollment. The remaining $76 million would come from funds left unspent this fiscal year.

“This plan is not final and will evolve over time,” the new proposal says.

Stephanie Rubin, chief executive of the advocacy group Texans Care for Children, called the updated proposal a "step in the right direction," but said the administrative cuts could still have negative consequences for children and families.

“In particular, we’re concerned about proposed cuts that would create delays for kids who need to sign up for Medicaid insurance so they can see a doctor and proposed cuts that could threaten kids’ safety in child care or foster care," she said in an email. "We encourage the Governor, Lt. Governor, Speaker of the House, and other legislative leaders to take cuts for kids and families off the table for this year and next session.”

Kami Geoffray, CEO of Every Body Texas, said she was "heartened" by the revised plan but called for more transparency.

"Confusion over funding availability threatens the stability of the family planning safety... we urge HHSC to engage stakeholders early and often to ensure that the real-world impacts of policy and funding decisions are incorporated into agency analysis," said Geoffray, whose organization supports women’s health providers that contract with the state.

A Bonnen spokesperson did not immediately respond to questions about the format and timing of a public hearing on the cuts.

This article originally appeared in The Texas Tribune at https://www.texastribune.org/2020/09/15/texas-funding-women-health/.