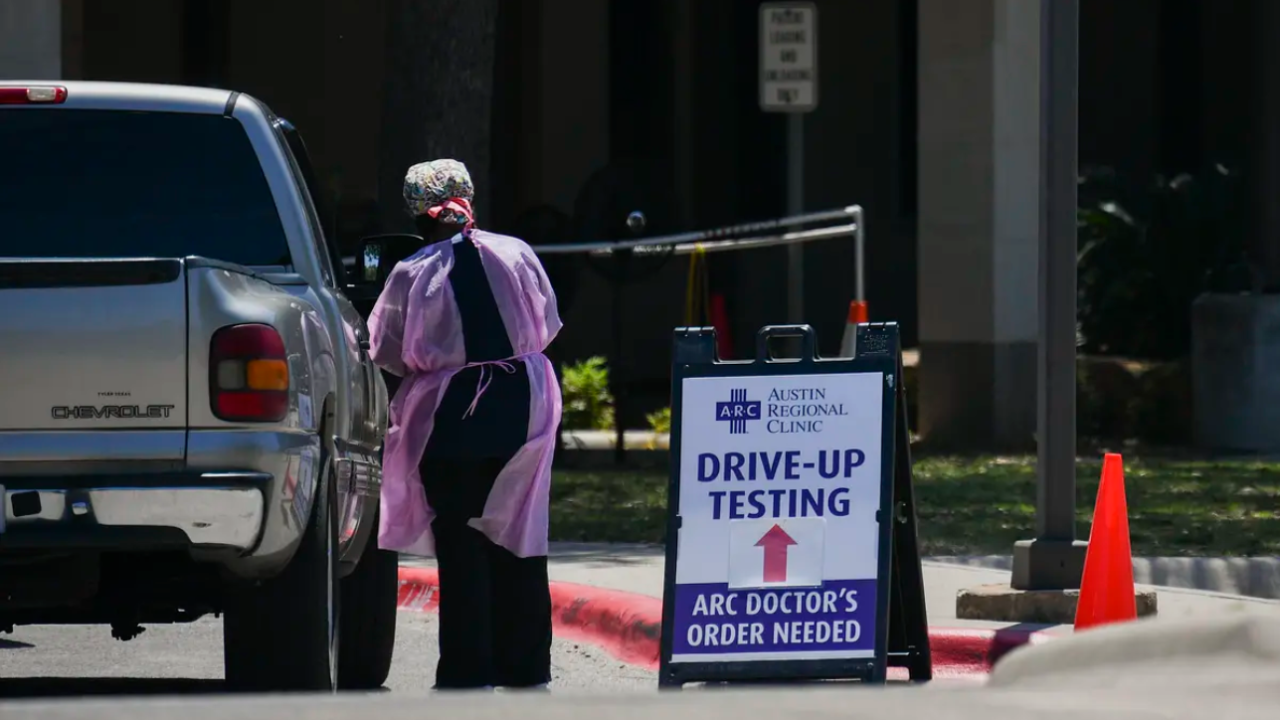 Texas health officials announced Monday that they are changing the way the state reports a key metric used to evaluate the extent of coronavirus infection, a move that conceded that the state’s previous method of calculating the “positivity rate” muddied the extent of viral transmission by mixing old data with new.

The Texas Department of State Health Services said it will now “primarily rely” on a new calculation of the daily positivity rate — defined as the share of tests that yield positive results — that takes into account the date on which a coronavirus test was administered. Officials said the new metric will give a more accurate representation of viral transmission in Texas on a given day.

It also means that each day’s positivity rate will be an oft-changing number, fluctuating as officials collect lab results over time. Labs and hospitals report their test results to the state with varying degrees of timeliness, and state officials will have to recalculate the positivity rates for previous days as more test results from those dates pour in.

That’s a departure from the current system, which calculates the positivity rate based on the date the health agency receives test results, which can be weeks or even months after the tests were administered.

It marks the latest in a series of data methodology changes and corrections health officials have issued over the course of the pandemic.

While touting the new reporting method as an improvement, state officials defended the old system as providing the best information that was available at the time. The new positivity rate for the most part closely resembles the old metric, particularly when viewed as a trend line over time, officials said.

Health department spokesperson Chris Van Deusen said in an email that the different positivity rates generally moved in parallel until about August, when the state reported dumps of test results. “As long as the test results and new cases were reported fairly close in time, the case reported date was working as a metric,” he said.

Asked if the health department had concerns about the accuracy of the positivity rate before August, Van Deusen said, “We have to go off of the data that we have.”

The state said it will begin releasing the positivity rate under both the new and old methods later Monday. Health officials said they will publish a third positivity rate metric, which is calculated based on when lab results were reported to a national disease surveillance system, NEDSS, which officials said would reduce reporting lag time.

In its announcement, the Texas Department of State Health Services said the new calculations for the positivity rate will provide a more accurate representation of coronavirus transmission on any given day. It said the change was made after technology improvements last month improved the department's ability to use data from labs and other testing sites. The agency said that until recently, it wasn’t able to track test results by the date they were administered.

The state can now process about 100,000 lab reports per day, officials said, compared with about 45,000 per day before August.

“As the COVID-19 pandemic evolves, so must the data we share,” Texas Department of State Health Services Commissioner John Hellerstedt said in a prepared statement. “Our information must provide the clearest possible picture of what is happening now and what has occurred in the past.”

Gov. Greg Abbott has pointed to the positivity rate as one metric that guides the state’s response to the pandemic, helping policymakers calibrate the level of restrictions placed on bars and restaurants, for example. Abbott has previously said that a rate above 10% would be considered a red flag. According to the state's old calculations, the rate regularly exceeded that level in late June, after Abbott began allowing businesses to reopen in phases in early May.

The department did not immediately respond to a question about whether it agrees with the governor’s threshold.

Health experts have raised questions about the value of the old metric since it included test results from widely variable time periods, and they have pointed out the limitations of the state’s data.

“The numbers that we see from the county health departments or the state health department … they're not useless, but they are highly qualified and unreliable in terms of studying the trend,” Rajesh Nandy, associate professor of biostatistics and epidemiology at the University of North Texas Health Science Center at Fort Worth, has said.

Coronavirus test results vastly undercount the extent of viral transmission; researchers estimate that the true number of coronavirus cases could be more than 10 times the number of positive tests. As many as half of the people who contract the virus may never experience symptoms and may not seek out testing.

Texas health officials said Monday that the positivity rate is just one of many metrics that inform disease surveillance. After a midsummer surge that overwhelmed some Texas hospitals, particularly in South Texas, the state’s number of coronavirus hospitalizations has fallen in August and September. Still, rates of viral spread and hospitalizations are higher now than they were before Abbott began the phased reopening of businesses in May. More than 14,000 Texans have died from the virus, according to the state’s accounting.

Part of that logjam — some 350,000 of more than 850,000 tests — had accumulated because the state could not process enough test results each day before an Aug. 1 system upgrade. Labs have also struggled to upload their test results to the state’s system, with formatting errors and glitches as minor as an errant question mark sometimes causing monthslong delays. Local officials and lawmakers have called the data “meaningless” and “inaccurate.”

Just Sunday, San Antonio officials shared a health department email that revealed more backlogs — this time of roughly 205,000 test results from HCA Houston Healthcare, including 21,366 positive cases extending as far back as March. Baylor Scott and White and the health department’s own lab in Austin also encountered a “routing error” during the system upgrade that prevented some 140,000 test results from June to the present from being processed into NEDSS.

Van Deusen said some of the cases were reported to local health departments despite the “routing error.”

“I wish I could guarantee there would never be another IT issue that interrupts lab reports, but that’s probably not realistic,” Van Deusen said.

About 800 facilities have registered or are in the process of working with the health department to submit test results — many of them long-term care facilities, including nursing homes that are now under a federal mandate to regularly test staff for the first time, Van Deusen said. The department could not immediately provide a number for how many labs already testing Texans have been unable to upload their results into the state system so far.

The state has hired health technology company Persivia to help improve the reporting process. Another consultant, Deloitte, joined the Department of Information Resources and Abbott’s office in working with DSHS to improve “data quality and transparency,” the health department said.

State data will also start to more accurately and efficiently separate tests by county, which could eliminate a large pool of tests that have been stubbornly categorized as “pending assignment” without being tied to a specific county, health officials said.

Disclosure: The University of North Texas Health Science Center, Baylor Scott and White, and Deloitte have been financial supporters of The Texas Tribune, a nonprofit, nonpartisan news organization that is funded in part by donations from members, foundations and corporate sponsors. Financial supporters play no role in the Tribune's journalism. Find a complete list of them here.

This article originally appeared in The Texas Tribune at https://www.texastribune.org/2020/09/14/texas-coronavirus-positivity-rate/.