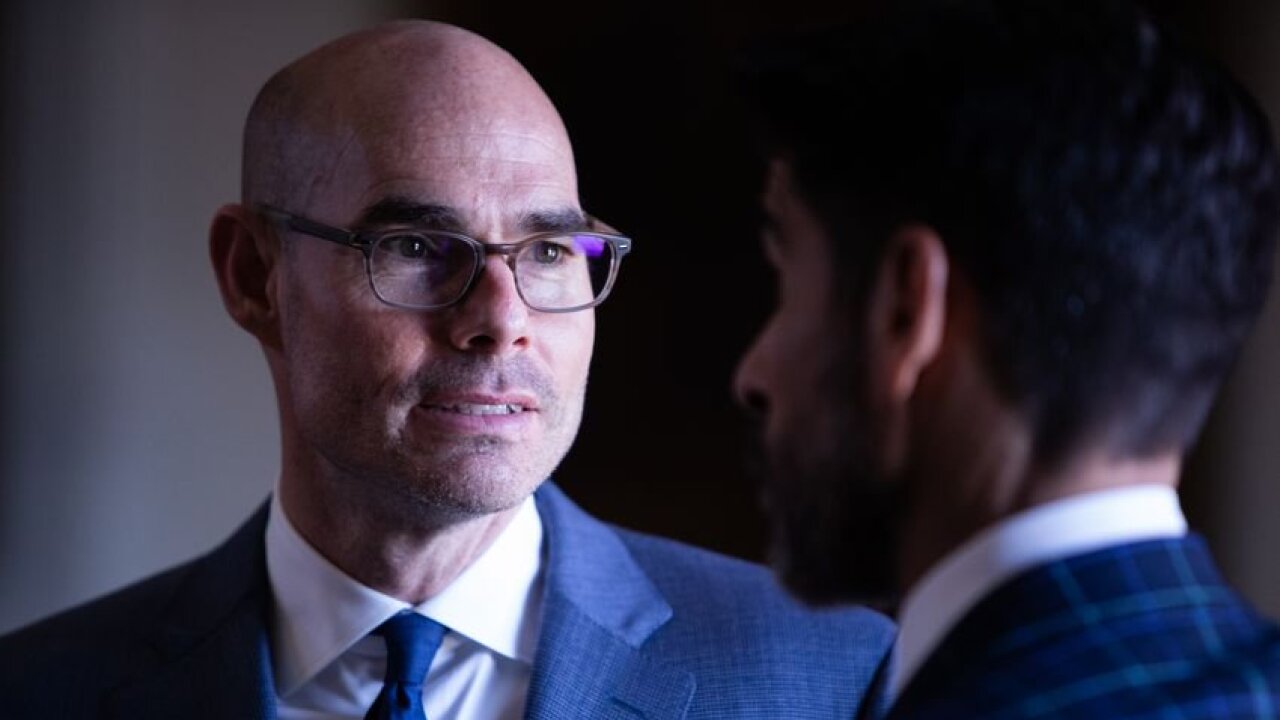 "Last night, I initiated internal discussion with General Investigating staff about procedure with the intention of launching an investigation. Our committee will be posting notice today of a public hearing which will take place on Monday, August 12," state Rep. Morgan Meyer , a Dallas Republican who chairs the committee, said in a letter dated Wednesday.

He was writing to state Rep. Nicole Collier , a Fort Worth Democrat who serves as vice chair. Earlier Wednesday, Collier wrote to Meyer requesting he "launch an immediate full investigation" into "whether not there has been a violation of any policy or rules that the committee is charged with overseeing."

Collier specifically asked for an investigation into “the allegations relating to media credentials, as well as the circumstances and events surrounding a June 12, 2019 meeting, including any and all correspondence, statements and/or recordings related thereto."

For the past two weeks, the House has been embroiled over the meeting between Bonnen, an Angleton Republican, and Michael Quinn Sullivan, who serves as CEO of Empower Texans. Sullivan alleged that Bonnen and state Rep. Dustin Burrows , who chairs the House GOP Caucus, said Empower Texans would receive long-denied media credentials in the lower chamber if its well-funded political action committee targeted 10 Republicans in the 2020 primaries. Sullivan later revealed he had secretly recorded the meeting.

Bonnen, who was first elected speaker in January, has forcefully disputed Sullivan’s account of the meeting. And on Monday, he emailed members an apology for saying “terrible things that are embarrassing to the members, to the House, and to me personally” — but did not explicitly mention Sullivan’s alleged quid pro quo offered by the speaker.

The General Investigating Committee, comprised of five House members, has sweeping jurisdiction and holds subpoena power. A person who disobeys a subpoena by the committee may be cited or prosecuted for contempt, according to House rules, which were adopted at the beginning of the 86th legislative session in January. The committee can also meet at any time or place and has the jurisdiction to enter into a closed-door meeting if deemed necessary.

Since Sullivan revealed he had recorded the meeting, Bonnen, along with a number of Republicans and Democrats, have called for the audio to be released. Sullivan hasn’t yet indicated when — or if — he will.

State Rep. Chris Turner, a Grand Prairie Democrat who chairs his party’s caucus, said in a statement Wednesday that Collier “is right to make this call and has my full support in this effort.” He added that the committee should take up the allegations because “there are simply too many rumors about what was said or not said in this meeting for anyone who has not heard the recording to have confidence they have the truth.”

Earlier Wednesday, a member of the committee, state Rep. Matt Krause, R-Fort Worth, said on Facebook that, since there was a chance the allegations could come before the panel, it wouldn’t be appropriate to comment. He did, though, offer general thoughts on how he thinks the process should play out.

“We should not rush to judgment but we should not drag our feet either,” Krause said. “We should not condemn anyone arbitrarily but also must not be scared to move forward if we find evidence of wrongdoing.”

" Texas House investigating committee to probe allegations against Speaker Dennis Bonnen " was first published by The Texas Tribune, a nonprofit, nonpartisan media organization that informs Texans — and engages with them — about public policy, politics, government and statewide issues.

This article originally appeared in The Texas Tribune at https://www.texastribune.org/2019/08/07/texas-democrat-inquiry-dennis-bonnen-empower-texans/ .