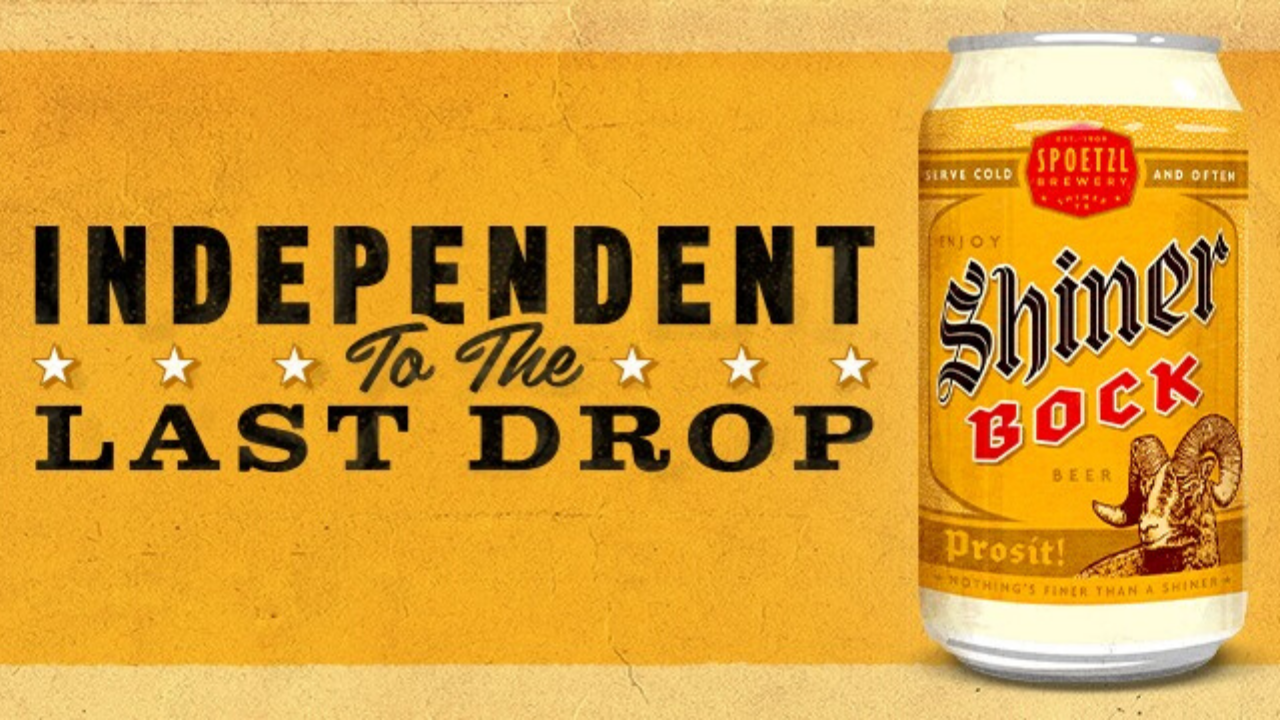 SHINER, TX — Shiner Bock called out a brewery after several billboards outside of Shiner, Texas, claimed "There's a new Bock in Shiner."

In an open letter, Shiner Bock said they had heard some chatter regarding three billboards and a concert sponsorship touting the slogan.

The billboards are by Karbach Brewing Co., a Houston-based brewery that is owned and operated by Anheuser-Busch InBev SA/NV.

Shiner Bock said the "new Bock in Shiner" is not the Shiner Bock that has been brewed in Shiner, Texas, at the K. Spoetzl Brewery since 1909. They also reminded beer-lovers that the new Bock is not the "110% independent and family-owned Shiner Bock."

The open letter states A-B is "a huge company with deep pockets seeking to force its way into our town."

Shiner Bock said they aren't intimidated because "it won't be the first time some local Texans faced unbelievable odds."

In conclusion, the Shiner-based brewery wished cheers Shiner drinkers, and told the giant breweries "come and take it."

David Graham, Brand Manager at Karbach Brewing Co., issued a statement saying the company has always been deeply invested in Houston and the greater Texas community.

“Karbach Brewing Co. has always been deeply invested in Houston and the greater Texas community—it’s a part of our brewery’s DNA to give back and support our home state, where we brew 100% of our beer. This year, we collaborated with the Houston Astros to develop Crawford Bock. This beer benefits the Astros Foundation, which supports the recognition of our nation’s military, childhood cancer awareness and efforts to reduce homelessness. Through Crawford Bock, we’ve helped raise nearly $100K for the foundation to date.

When we got the call from Del Papa Distributing in Shiner, TX, asking us to help them support the Lion’s Club Shiner Music Fest, the partnership was an easy ‘yes’ from us. Shiner Music Fest not only has a rich history in the area—it’s also important to our community—and we’re honored to do our part.”