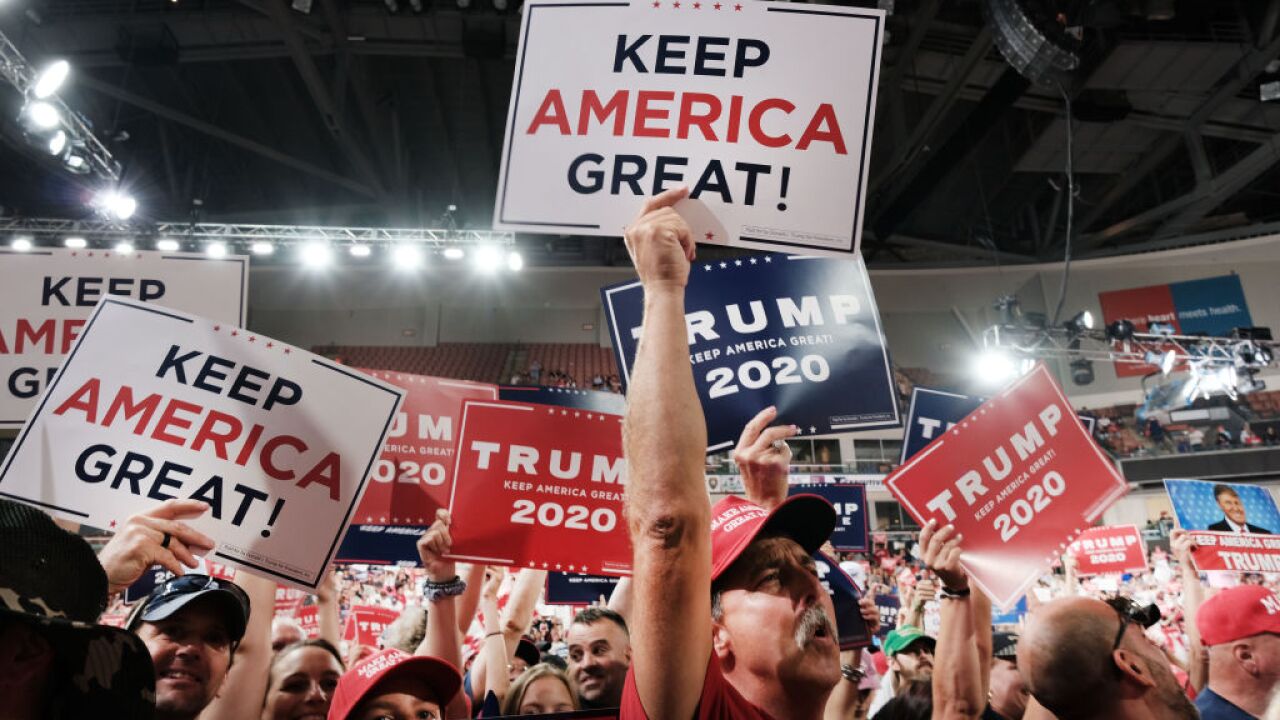 The "Keep America Great" rally will be held at the American Airlines Center. His campaign said he plans to highlight the strength of the Texas' economy.

Supporters have been lining up and camping out since Tuesday, according to the Dallas Morning News.

THANK YOU you Dallas, Texas. See you tomorrow night at the American Airlines Center! #TRUMP2020 pic.twitter.com/fbtzlbroQi

According to the Donald J. Trump website, you may only register for two tickets per mobile number per event. Tickets to the rally are subject to first come first serve basis. The doors are scheduled to open at 4 p.m.

It is the first 2020 rally for Trump in Dallas,

Democratic Presidential Candidate Beto O'Rourke also announced he is planning to hold a counter-rally on the same day in Texas, at The Theater at Grand Prairie in suburban Dallas at 6 p.m.

According to the Houston Chronicle, Trump has made 11 trips to Texas since he has been in office.

President Donald Trump will be in Dallas on Thursday, October 17, 2019. Plan ahead for the road closures. @ChiefHallDPD pic.twitter.com/a2N4lMOc8M