Popeyes cashier, customer throwing trays at each other caught on video in San Antonio 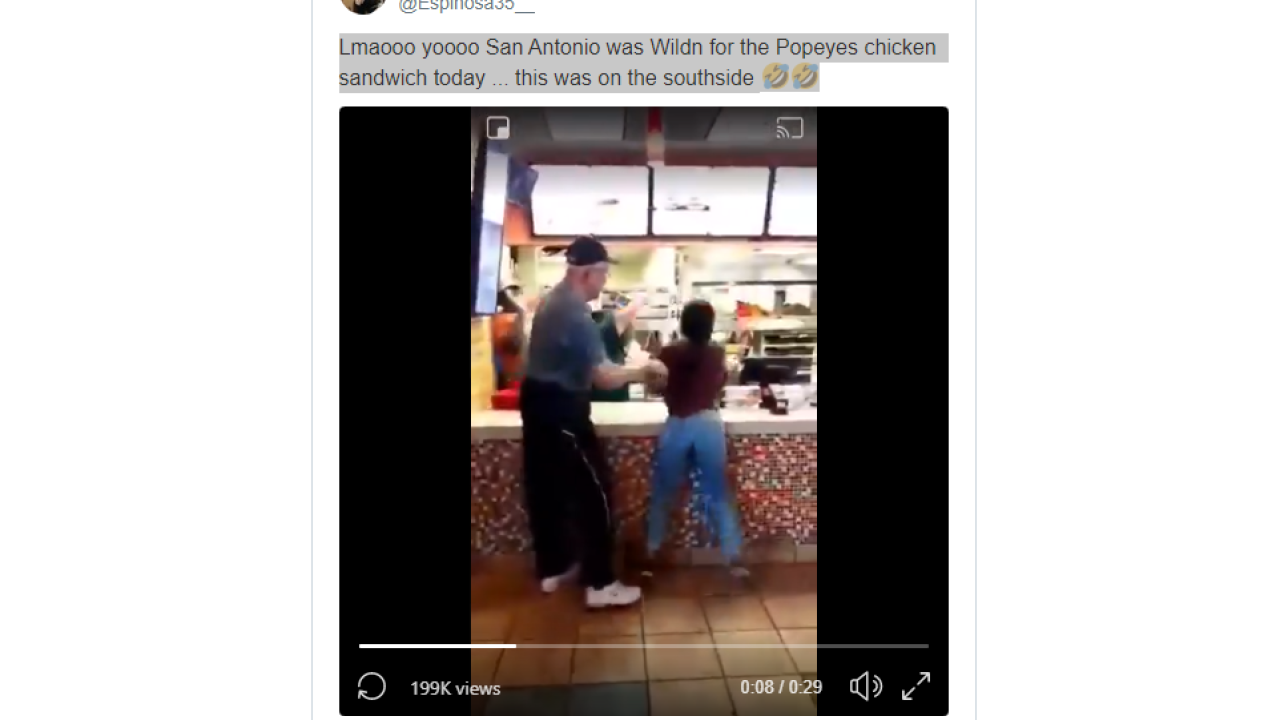 SAN ANTONIO, TX — In a video that has since gone viral, a Popeyes cashier and a customer are seen throwing trays at each other during an altercation.

A man wearing a Veterans cap tries to intervene and pull her back from the counter.

The twitter user who posted the video, @Espinosa35_, says, "Lmaooo yoooo San Antonio was Wildn for the Popeyes chicken sandwich today ... this was on the southside."

Lmaooo yoooo San Antonio was Wildn for the Popeyes chicken sandwich today ... this was on the southside 🤣🤣 pic.twitter.com/BmUeoEJRC9

According to KSAT, a witness said the cashier later followed the woman outside where they got into a physical fight.

There has been an uptick in the number of violent incidences seen at Popeyes in recent months since the location has gained fame with its chicken sandwich.

Just recently, a man was stabbed at a Popeyes in Maryland and later died from his injury. Reports said the incident stemmed from someone cutting in line.