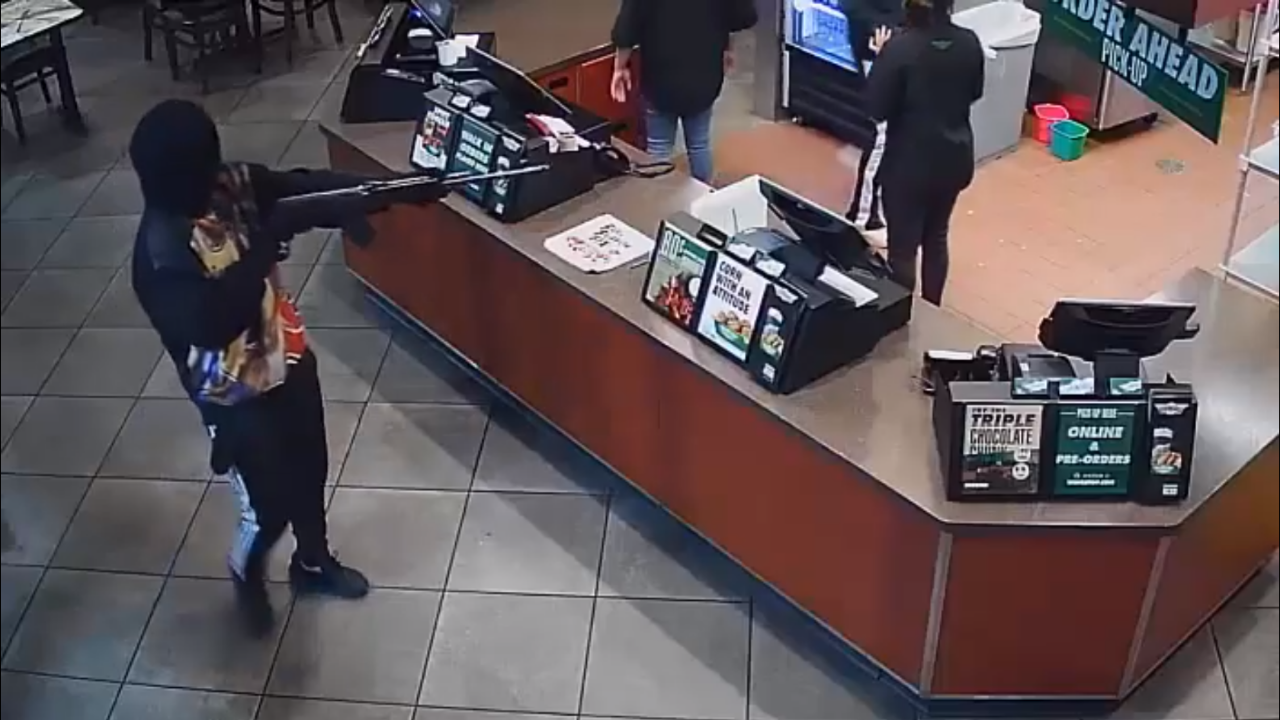 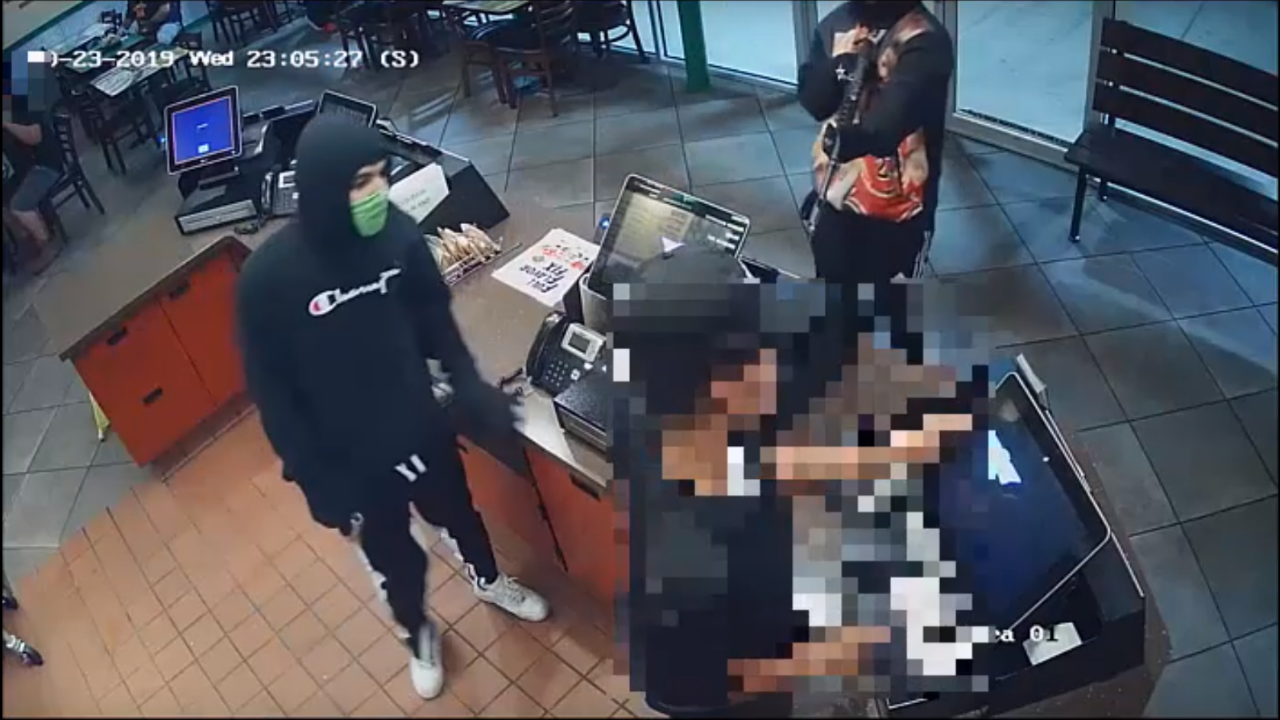 HOUSTON, TX — The Houston Police Department is asking for the public's help in locating three men they say used a rifle and two handguns to rob a Wingstop.

The third man had a handgun in his waistband and walked up to customers at their tables and stole their property.

The suspects then ran out of the business and fled in a red Dodge Charger.

The first suspect is described as a Hispanic man in his 20's. He was wearing a Champion pullover and had a handgun with a silver slide.

The second suspect is a man in his 20's. He was wearing Adidas pants and had a rifle-type weapon.

The third suspect is a man in his 20's. He was wearing black clothing.

Houston Crime Stoppers may pay up to $5,000 for information leading to the charging and/or arrest of the suspects in this case. Information may be reported by calling 713-222-TIPS (8477) or submitting a tip online .